This grain-free banana bread recipe was created by Shauna James Ahern for Food 52. Her was nice and golden, but mine came out very dark – I’m honestly not sure how I could have gotten anything lighter with the buckwheat flour, unless the appearance of the flour varies wildly between brands (always a possibility). In any event, we all really liked this bread, and it held up well in the toaster, which to me is the ultimate test for a gluten-free banana bread (I like it warm and buttered). The original recipe called for chopped hazelnuts, which I omitted.

Whisk together the almond flour, arrowroot powder, and buckwheat flour in a large bowl. Add the baking soda and salt (and cinnamon, if using) and whisk them all together. Set aside.

In another bowl, stir together the maple syrup, eggs, coconut oil, and vanilla. Mash the bananas, add them, and whisk until everything is combined well.

Add the dry ingredients to the wet, stirring as you go, a bit at a time. There isn’t any danger of overmixing here, because there’s no gluten in the recipe!

Pour the banana bread batter into the greased pan. Bake until the banana bread is springy to the touch, the edges are pulling away from the pan, and the top is browned, about 45 to 60 minutes. Cool before slicing. 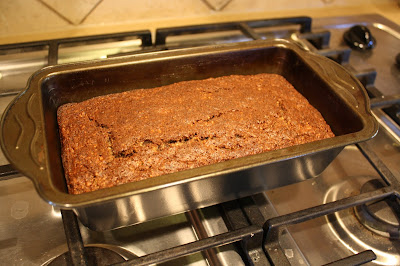 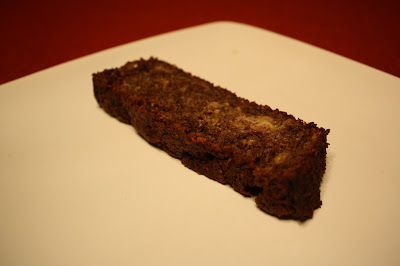 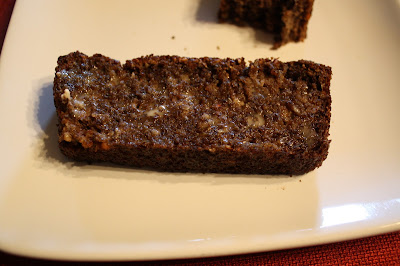