Kale has jumped the shark. It’s now available in plastic bags of prewashed, chopped leaves. You may think it’s more convenient than a bunch of kale, but it turns out that the leaves have been chopped whole, stems and all! But the stems are too tough to be eaten, especially raw. I had to individually rip stems of pieces of kale leaves for a salad, which took me longer than ripping off one stem and then chopping each leaf. Take my word for it, you’re not actually saving any time with those bags. Plus, they’re huge, so there’s always kale left over after your recipe… I made pesto to avoid wasting anything. 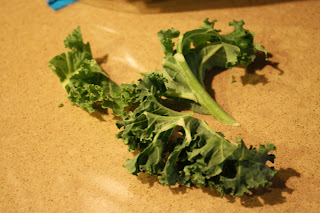 You know those Dansk butter cookies sold in a pretty tin? Maybe you have them on fancy occasions, but in any event, they are a special treat for both myself and the Engineer, which we now keep in our emergency kit (so we eat them before the expiry date and replace them). It turns out that Dansk also makes a cholesterol-free version, which happens to be vegan! Dansk butter cookies with no butter (so no lactose), and no eggs either. There’s something to celebrate! 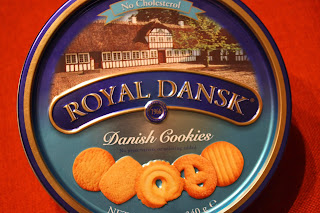 It can be hard to eat on the go if you have food restrictions. There’s a new product called Primal Pacs that I tried a few months ago. It’s made for people on a Paleo diet (so it happens to be gluten-free and lactose-free, too) and contains organic grass-fed beef jerky, macadamia nuts, dried cranberries and dried mangoes. I liked the variety in the pack, because bringing too much of one food means I get tired of it quickly. That being said, it turns out I’m not crazy about beef jerky (although it is helpful to chew on when your plane is descending). The mangoes are my favorite part. I’ve still got a few packs, which I’m keeping for day trips. 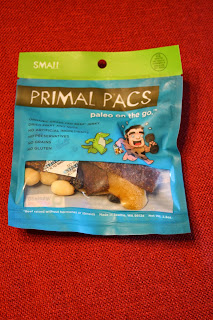 I tried one of Candle Café’s frozen dinners, the Macaroni & Vegan Cheese (available at Whole Foods). I was looking forward to it, as NYC’s Candle Café and Candle 79 are regarded as some of the best vegan/vegetarian restaurants in the country! While I was happy with the taste of the dish, what I didn’t like was that the orange “cheese” fused into a solid blob in the microwave, instead of melting to a consistency that would have blended more evenly. It was shredded before being frozen, though, so I think it could be remedied simply if they would just mix it evenly into the noodles before packaging it. Other than that, it’s quite good! 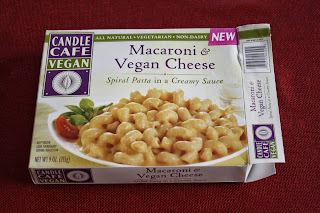 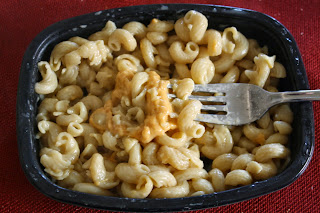 I tasted Savoy Sorbet’s lavender flavor, which had been intriguing me for a while. It’s a very clean flavor, basically just lavender with a bit of lemon, though there’s a somewhat bitter finish. There’s also vodka in there, to prevent the sorbet from freezing into a block of solid ice, but you can’t taste it. The sorbet is scoopable, but you won’t be able to get nice, round scoops out of it. Overall, I see it more as an entremets sorbet than a dessert, and I must admit I don’t serve entremets, so that’s a bit disappointing. I think I’ll try adding lavender to a vegan ice cream eventually, that would be more my thing. 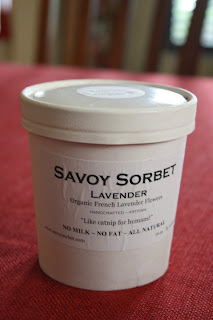 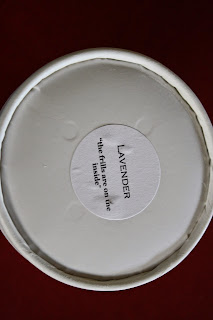 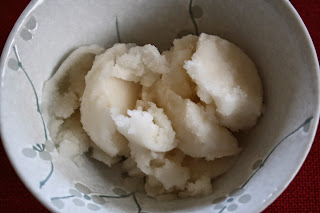 I tried Li-Lac’s marzipan acorns. The green version I got has pistachio flavor, though I must admit I feel it’s gotten lost in the marzipan. It does go really well with the dark chocolate, though, and they’re just sweet enough. While I really enjoy these and only savor one on occasion, to make them last, I have to admit I feel like they’re not *that* special. By that, I mean that any chocolatier worthy of the name should have something similar (but whether or not they do is another matter entirely), so it may not be worth it to send to New York for them, as good as they are… That being said, they are delicious, and once I offered some to the Engineer, he just plowed right through them and heartily approves. I do like Li-Lac’s selection, though, as well as their motto (“Stubbornly old-fashioned since 1923”), so maybe we’ll try more of their confections another time. 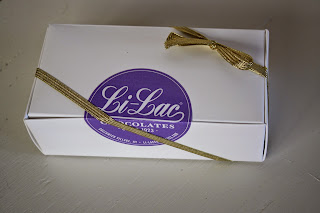 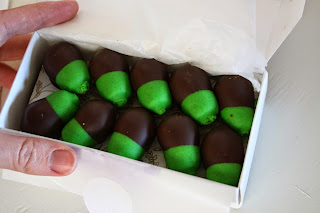 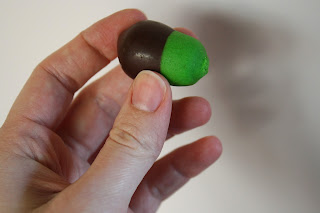 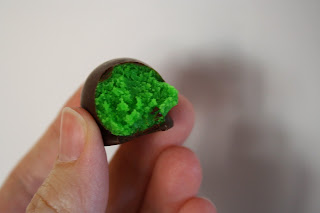 I also tried a variation of Vosges’ bacon bars (oddly, not shown on their website). It’s called simply Mo’s Cinnamon & Sugar Bar: a dark chocolate with smoky bacon, as usual, but this one is paired with cinnamon sugar. I really liked it, and the Engineer, who normally doesn’t like this stuff, kept going back for more this time. (Plus, have you seen their spring and Easter lineup this year? Crispy carrot chocolate rabbit, three smaller flop-eared bunnies, plus Wandering Rabbit pistachio and hazelnut truffles and white chocolate strawberry lemon caramels, chocolate eggs, a giant enchanted mushroom with a smaller toadstool version, Les Fleurs du Chocolat collection... They do have Easter sets like the Birdcage and the Hatbox, but what I would really like is a mix-and-match set at a lower price-point. I have to admit that I love gawking at the high-end Vosges items, though, including a pink slab of agate with the edges gilded in 24-k gold leaf, which was paired with a Fleurs du Chocolat truffle set for $400 and is completely sold out! 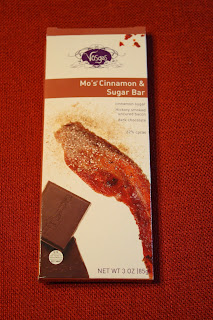 On a non-food related topic: remember when I had recommended the O-Cedar ProMist mop? Mine had stopped spraying properly, so I contacted their customer service. They walked me through various trouble-shooting steps, and I had to admit that it was my fault for storing it upright with liquid still in the tank (it was just water and vinegar, but it should definitely be stored empty). And get this: even though it was my fault for misusing it, the company sent me a brand new mop, entirely free of charge! I’m really thrilled with them and, as I still love that mop, I really recommend O-Cedar! (And for dusting, I like E-Cloths.)

Finally, you might remember my preference for pants with an elasticized waist – really, I should say pants without a button, because otherwise I sound like a fashion disaster. I hadn’t been able to find good ones lately (well, not including maternity jeans), but now I’ve got some pull-on boot-cut jeans by Jag, which I love. They fit well and are exactly what I’m looking for. Too bad they only come in one color…
Posted by Amélie at 3:28 PM