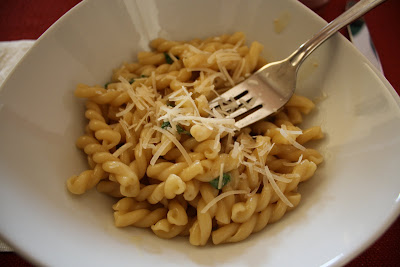 This recipe was originally for creamy garlic pasta. I used soy creamer, but I have to say that it didn’t really bring anything to the dish, and I thought the pasta actually looked better before I added it, so I’ll omit it completely in the future. They have the distinction of being cooked by adsorption, like cocoa nib and zucchini pasta, using broth instead of water, which makes them extra flavorful. It’s an easy dish, and very satisfying.

In a pot, bring the olive oil to medium-low heat. Add the garlic and stir, allowing it to cook for 1-2 minutes. Mix in the butter until melted. Add the salt, pepper and chicken stock. Raise the heat to high and let it come to a boil.

Once it is at a rolling boil, add the pasta and cook for as long as the box’s directions indicate. Reduce the stove to medium heat and mix in the parmesan until completely melted. Turn off the heat and stir in the parsley. Serve immediately. 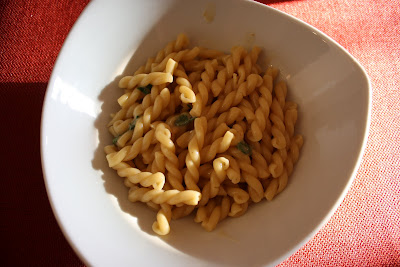