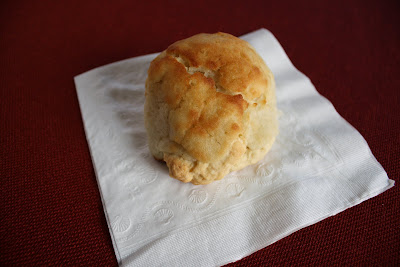 I’ve been meaning to make tiger bread for a while now. It’s a type of Dutch bread, usually rolls, so named because the crunchy topping cracks in the oven and makes a pattern that is somewhat like an animal print. Sainsbury renamed it giraffe bread, at the request of Lily Robinson, age 3 ½, since the pattern looks more like a giraffe’s spots than a tiger’s stripes. If you want to stay in the felid family, you can call it leopard bread! It’s also called Dutch crunch, again because of the crunchy topping. The first recipe I had seen was on Almost Bourdain, but I’m pretty sure it wasn’t authentic, as it calls for croissants! I’m not putting pastry in my pastry, thank you very much. So I went with the recipe on Passionate About Baking. The first thing I changed was to use xanthan gum instead of vital gluten, but in retrospect, I think that makes for too much xanthan gum in a single serving. After reading more on the subject, I suggest using bread flour instead of the regular flour and doing away with the vital gluten entirely; that’s the way I’ve written the recipe below. I also didn’t use the sesame oil written below, even though that’s part of what had seemed so good originally; I’ll try it again another time. And while everything does fit on one baking sheet, I suggest using two, so I changed the instructions to reflect that.

I think that my topping was a little too thick; I’m including a picture of the rolls before baking (after the 20-minute rest, mind you) so that you can compare, but I think the topping should be a little thinner than that (just thin it with some water). You could also let the bread bake a little longer to get a darker top if you want to, though I think that’s more of a personal preference than anything else. I was disappointed with how quickly the bread went stale; it would be important to store it in an airtight container, as the Engineer keeps reminding me, or perhaps you can freeze some rolls and just rewarm then in the oven when you want them. They weren’t actually hard to make, though, and were really delicious when warm and crunchy. The recipe makes about 12 rolls, which can be eaten either savory or sweet.

For the rolls
In the bowl of an electric mixer or large mixing bowl, combine yeast, water, milk and sugar. Stir to dissolve and let sit for about 5 minutes. (The mixture should start to bubble or foam a bit and smell yeasty.)

Add in vegetable oil, salt and 2 cups of flour. Using the dough hook attachment or a wooden spoon, mix at medium speed until the dough comes together.

Add remaining flour, ¼ cup at time, until the dough pulls away from the sides of the bowl. Turn out onto a lightly floured surface and knead for about 4 minutes, until smooth and elastic.

Place in a lightly greased bowl and cover with plastic wrap. Let rise for 1 hour, or until doubled. (To do this, I recommend putting the dough in the microwave oven and leaving the door ajar.)

Once the dough has risen, turn it out onto a lightly floured surface and divide it into 10 to 12 equal portions (or 2 equal portions if you’d like to make loaves). Shape each into a ball or loaf and place on two parchment-lined baking sheets (try not to handle the dough too much at this point).

Cover with plastic wrap and let rise for 15 minutes while you prepare the topping.

For the topping
Combine all ingredients in a large bowl and beat with a whisk; beat hard to combine. The consistency should be like stiff royal icing – spreadable, but not too runny. If you pull some up with your whisk, it should drip off slowly. Add more water or rice flour as necessary. Let stand 15 minutes.

Using a spoon, coat the top of each loaf or roll with a thick layer of topping. You should err on the side of applying too much topping – a thin layer will not crack properly.

Bake for 25-30 minutes, rotating baking sheets from top to bottom halfway through (or bake in two batches in center of oven). The topping should crack and turn a nice golden-brown color. Let cool on a wire rack. 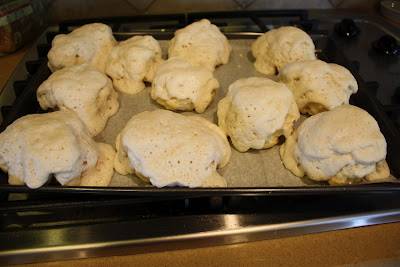 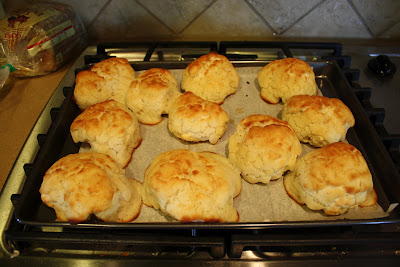 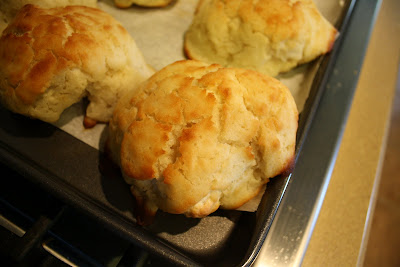 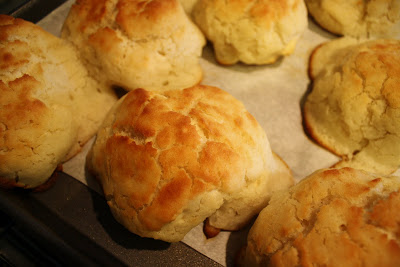