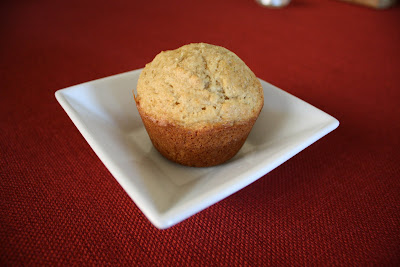 Marion Cunningham passed away recently. I didn’t mention it, because I don’t have any of her cookbooks, but I was a fan through other people’s blogs and recipes they posted. I made Ms. Cunningham’s waffles, which were delicious. I probably made some granola of hers at some point. There was a really nice post in her honor on Tea and Cookies, along with a beautiful picture of her and Edna Lewis. And see here for good quotes of hers.

Anyway, I made her fresh ginger muffins, from a recipe posted on Orangette. Instead of buttermilk, I used half plain yogurt and half milk, both lactose-free. My plan was to freeze most of these for future mornings, but they never made it to the freezer. The dozen muffins didn’t even last 48 hours in this house, they’re just that good! They were fantastic when warm, but still wonderful at room temperature. The top was slightly crispy, but the crumb was tender. And they call for more fresh ginger than I think I’ve ever used in a single recipe, yet the taste is not overpowering – more warm than hot. Even the Engineer, who doesn’t like ginger for breakfast, was eating them as dessert, and even as rolls on the side with dinner. To me, they’re great for breakfast and snacks, and maybe for dessert if you were to have a little honey along with it (but I ate them plain).

Cut the unpeeled ginger root into large chunks. If you have a food processor, process the ginger until it is in tiny pieces; alternatively, mince by hand. Measure out ¼ cup – or a little more, if you like. It’s better to have too much than too little. Put the ginger and ¼ cup sugar in a small skillet and cook over medium heat, stirring, until the sugar has melted and the mixture is hot. Don’t walk away from the pan: this takes only a couple of minutes. Set aside to cool.

In a small bowl, whisk together the lemon zest and 3 Tbsp. of sugar. Add to the ginger mixture.

Put the butter in the bowl of a stand mixer (or a mixing bowl, if you plan to use handheld beaters or mix by hand). Beat the butter for a second or two, then add the remaining ½ cup sugar, and beat until smooth. Add the eggs, and beat well. Add the buttermilk, and beat until blended. Add the flour, salt, and baking soda, and beat just until smooth. Add the ginger-lemon mixture, and beat to mix well. Spoon the batter into the prepared muffin tin. Bake for 18 to 20 minutes, or until a tester comes out clean (in my case, 15 minutes did the trick). Serve warm. 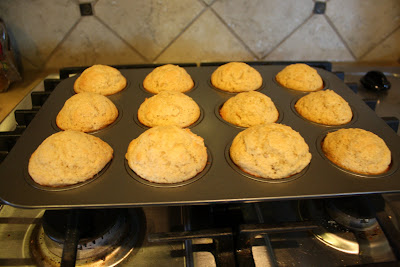 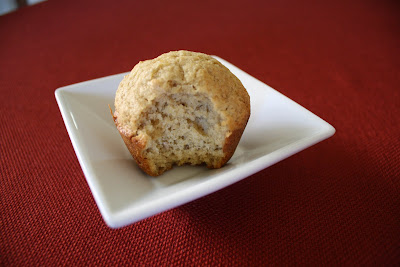 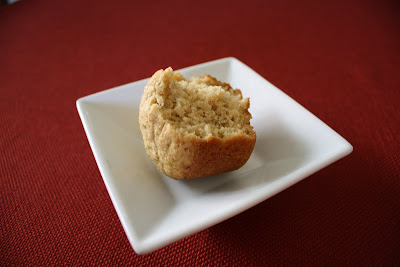