There are a few products I want to talk about, so I figured I’d do so in one post.

First, I tried the new Yoplait lactose-free yogurt. It comes in two formats: individual servings (6 oz containers) and packages of 4 (not clearly stated, but according to my calculations, almost 4 oz per container). My favorite flavor is the black cherry, which is hard to come by in lactose-free varieties! It uses beet juice concentrate to get its color, too, instead of artificial dyes. What I like best about these yogurts is the added calcium: a 6-oz container has 50% of the recommended daily value (30% for each container in the 4-pack). This is great because calcium is often a concern for the lactose-intolerant. However, the second ingredient is sugar, and the 6-oz container has 170 calories (110 for the smaller size). So yes, it tastes great, but it isn’t necessarily that healthy… If I compare it to a 6-oz container of my other favorite brand of lactose-free yogurt, Green Valley Organics, in blueberry flavor, that one has 140 calories, but only 25% of the recommended daily value of calcium. When I read the fine print of the ingredients, though, I realize that sugar technically is the second ingredient, though in this case it’s organic evaporated cane juice, plus the product is kosher, gluten-free, and certified humane. So I guess I’ll alternate between buying both, depending on how I feel in the refrigerated section of the grocery store that day (ethical or calcium-deprived). 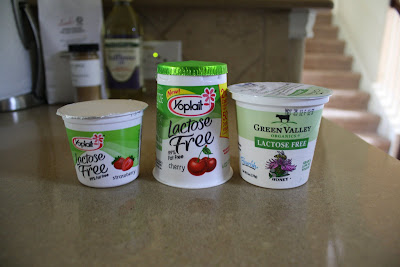 I also tried chive and garlic Veggie Cream Cheese, by Galaxy Nutritional Foods. It’s a cream cheese alternative that I found in the produce section, where it was obviously meant to be used as a dip. The consistency is perhaps a little too solid for a dip, though I found it quite tasty, more so than Tofutti cream cheese (that being said, I’ve only tried plain Tofutti, because that’s all I’ve seen in stores here). I definitely see myself buying this again, either as a cream cheese substitute or if I need to bring a dip to a party so I don’t feel left out. 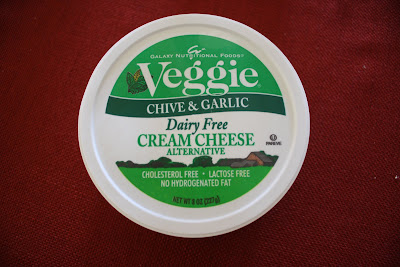 You’ll be happy to know that I tried a kind of vegetarian bacon that I actually liked! It was Morning Star Veggie Bacon Strips, which are vegetarian (but not vegan or gluten-free). They do contain milk ingredients, but not enough that I’d react to them. I pan-fried several strips until they were crisp, which also improved their appearance a bit (though the smell is remarkably smoky), and once I bit into one, I was happy to realize that it satisfies a lot of the cravings created by regular bacon! It doesn’t quite taste the same, of course, but it’s smoky and crispy and could totally hit the spot if I’ve decided not to have meat (or real bacon) that day. 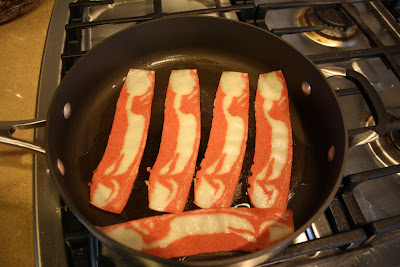 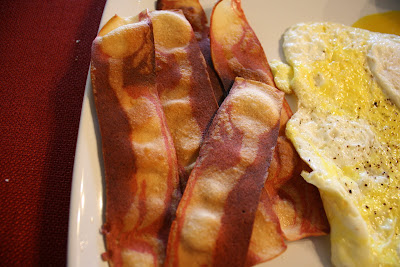 As a drink, I bought Reed’s raspberry ginger brew a while back and really liked it. It contains almost 20% real raspberry juice and is sweetened with fruit juice and fructose, on top of the natural ginger root it’s made from. It was neither too sweet nor too dry, and I liked the packaging. I’ll be buying this again, though it’s a special treat because my regular grocery store doesn’t carry it.

I forgot to talk about it before, but I tried Udi’s gluten-free cinnamon rolls. The most noticeable thing, actually, is that there are no instructions to prepare them, so you have to either wing it or look it up online (if you google “udi cinnamon rolls”, you’ll see that the first suggestions and links pertain to that issue!). Udi says it’s because the rolls are stored differently from one store to the next (the rolls last 7 days at room temperature, 21 days in the fridge and 6 months in the freezer). I found that they were best taken out from the fridge, sprinkled with water and popped in the microwave for 20 seconds; I warmed up the icing for 5 seconds before pouring it on. The crumb seemd a little dry to me, but it was very good, and this product should satisfy those who follow a gluten=free diet and don’t have time to make their own rolls. 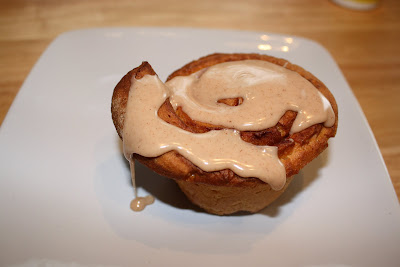 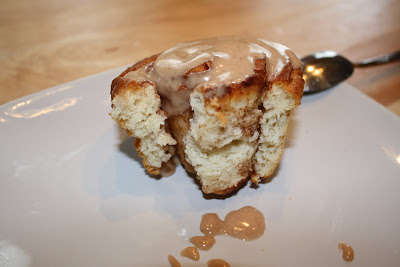 And finally, I found my favorite coconut syrup at World Market! I had tasted it in Hawaii and had brought some back from a trip there in 2007, but I hadn’t seen any since then – I figured it was an island thing. But World Market is surprisingly well-stocked! I bought a package of it had have been enjoying it, sparingly, on pancakes every once in a while. 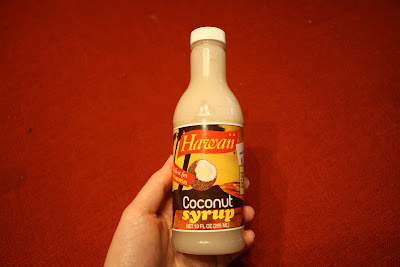