We finally have a big pantry...

... and it’s already full. As we were unpacking our boxes (containing some dry goods) and making grocery runs over the past weeks, the pantry was filling up, albeit in a somewhat chaotic manner. These are the before pictures. 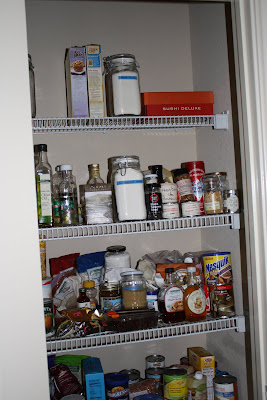 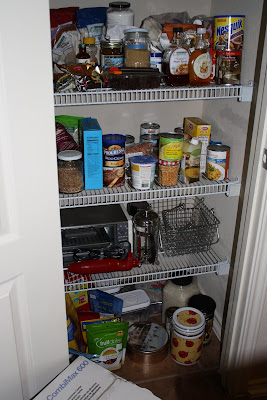 I took the time to put some order in it, and I then realized that with a shelf devoted to small appliances and the floor taken up mostly with dogs treats and empty storage jars, we really only had a few shelves to work with. I had to abandon the idea of having a “baking shelf”, because the flours, chocolate, dried fruits and nuts took up all the space, so the sugars had to be relegated to the lower shelf, next to grains, pasta, rice and canned goods. The very top shelf has cereal, snacks and a sushi kit; the one below that has a basket with our oils and vinegars, the teas and herbal teas, and the spices. The latter are arranged on two bleacher stands from the Container Store; my collection is still nowhere near what it was in Montreal, and I really don’t have much room to grow. I might have to relocate them eventually, to a place exposed to sunlight (it beats running out of room). On the bright side, some grocery stores here sell spices in bulk, so for the least used spices, I can get about what I need for a recipe and not keep them on hand at all times. The after pictures are below. It’s still a lot of things in mismatched containers, but at least it’s organized. 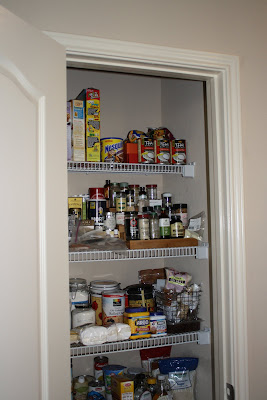 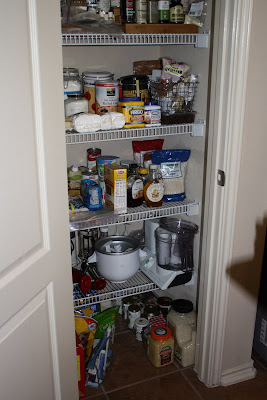