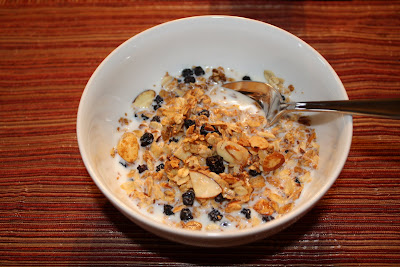 This recipe is originally by Martha Stewart, but I had to change it a bit because the oven temperature was way too high (I lost my first batch to it). I’ll admit this isn’t as good as my usual granola recipes, but it called for dried blueberries, and I just love the fact that I can go to my regular grocery store and buy these like they’re the most common thing ever (when I had never even seen them in my Montreal grocery store). Dried blueberries taste a bit like little raisins, but better. If you’re going to make this granola, consider adding your favourite spices – I think that’s what missing from this recipe.

Preheat oven to 300 °F. On a large rimmed baking sheet, toss oats, coconut, and almonds. In a small bowl, stir together oil and honey. Pour over oat mixture and toss. Bake, tossing occasionally, until lightly toasted, 15 to 20 minutes (be sure to keep an eye on it). 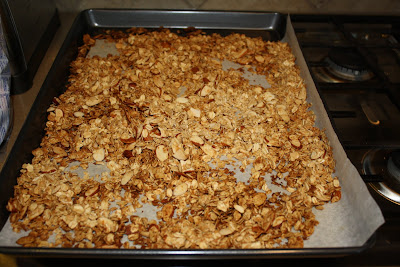 Place mixture in a large bowl and stir in blueberries. (To store, keep in an airtight container, up to 1 month.) 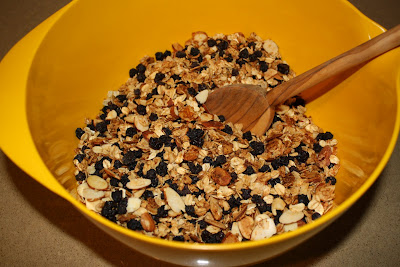