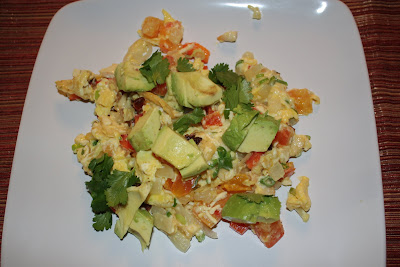 I’ve been a little slow in posting recently. Unpacking took some time, but we’re now 98% done, just in time for fall. The weather has quickly shifted to “cold”: November 1st was t-shirt weather, and I broke a sweat just standing outside; but November 3rd was rainy and windy, and there was frost last night. All in all, it’s like a Canadian late September, or perhaps early October, so we’ve finally turned on the heat in the house.

I meant to post this recipe for migas last night, but we had to take an unexpected trip to the vet when Darwin’s face swelled up quite dramatically. He’s fine now; it turns out it was an insect bite – in the mouth, because outdoors, our dog will eat anything, anytime.

So anyway, as I was trying to come up with an easy dinner menu for the week, the Engineer suggested tacos. We picked up some heirloom tomatoes at the grocery store, along with Daiya cheese so I could try it out. We completed the meal with soft flour tortillas, grilled chicken, bell peppers, avocados, green onions and cilantro. The Daiya cheese is interesting: the texture is quite similar to grated cheese, and it melts really well, but the taste is completely different. I’m still getting used to it, but I think it’s a nice alternative for people with dietary restrictions. 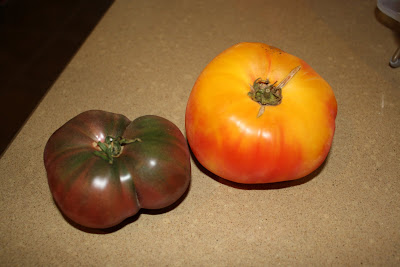 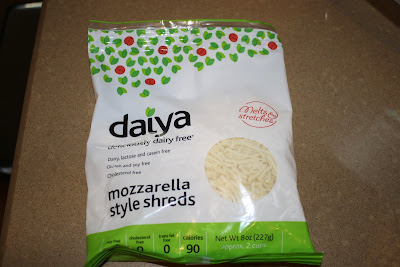 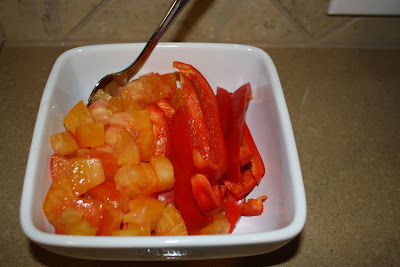 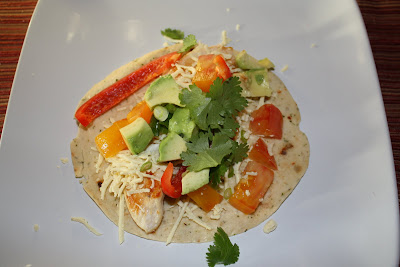 Now, what do you do when you have leftover components from tacos, but don’t want to eat tacos again? Make migas! Migas are typically eaten for breakfast, but they’re great for dinner, too. They’re somewhat like the Tex-Mex equivalent of frittatas, in the sense that once you’ve got your basic eggs, you just round up the meal with whatever you have on hand. I used the half-shallot that was in the fridge along with the recommended onion, cooked the last two slices of bacon in the deli drawer and used up all the taco components. It was a really good meal, and just as easy as the tacos. Here’s the recipe I used, but feel free to adapt it with what you have on hand! The recipe makes about 2 servings, but of course that depends on what you add. Use tortillas made with corn flour if you need a gluten-free meal.

4 eggs
2 Tbsp salsa (I used chopped tomato)
1 Tbsp olive oil
1 small onion, diced
1 jalapeño, seeded and minced (optional, I didn’t use it)
2 corn tortillas, cut or torn into ½-inch pieces
½ cup grated cheese (or vegan substitute)
salt and pepper, to taste
any or all of the following for garnish: salsa, pico de gallo, cheese, sour cream, avocado, cilantro, green onions
any or all of the following for serving: corn or flour tortillas, beans 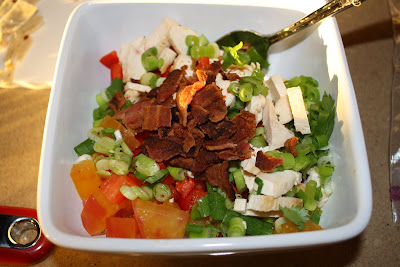 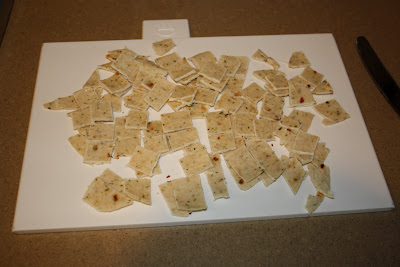 In a small bowl, whisk together the eggs and salsa. Set aside.

Heat olive oil in a large skillet over medium heat. Add onion and jalapeño and cook until onion is soft and translucent. Add tortillas and cook, stirring frequently, another minute or two until soft. 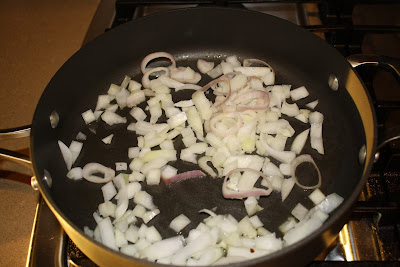 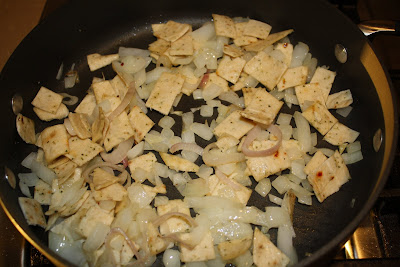 Reduce heat to low and add eggs. Scramble until eggs are almost set, then fold in cheese and remove from heat. 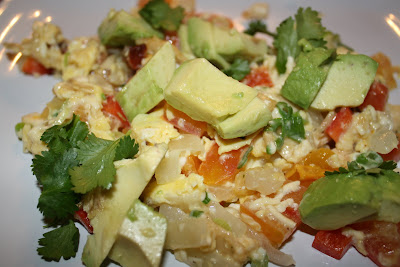