All I wanted was hummingbird cake, y'all 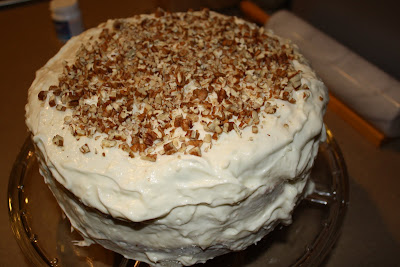 I’d had this recipe for hummingbird cake bookmarked for the longest time; it’s on the Martha Stewart Living website, but courtesy of Paula Deen. The latter is probably the chef I most easily associate with Southern cooking, and since this is a Southern cake, I was very eager to try it. But I changed a few things, because Paula Deen doesn’t exactly cook the healthiest food around, and this was certainly not lactose-free. I mean, butter AND cream cheese in the frosting? And 2 lbs of powdered sugar? I don’t think so.

So I made the cake itself with few modifications, only using all-purpose flour, baking powder and salt instead of the self-rising flour (as suggested here). I diligently used the nuts, because I wanted an authentic hummingbird cake. They were chopped really small, but they were still... in the way. And while the cake itself was good, the Engineer said that he “would have expected a cake called ‘hummingbird’ to be light and airy”, which this was definitely not.

Then came the frosting. The amount suggested seemed insufficient to frost a whole cake, so I decided to double it. (And after watching the video, I now know that Paula Deen does the same. It’s good to know my instincts were right about something! I should point out that Martha Stewart used a single recipe, though.) I started by using the recipe as a guide to make a lactose-free frosting reminiscent of cream cheese, with Tofutti Better Than Cream Cheese (which is bland) and plain Greek yogurt (which is thick and tangy), along with margarine sticks instead of the butter, and no liquids. Well, that was a complete disaster. It was more of a glaze than anything else. I used the whisk attachment to get more air into it, I added powdered sugar to solidify it, but nothing worked. It was a mess. So I abdicated and went to the corner store to get the ingredients Paula Deen calls for. I made the frosting, but even then I must admit to only using half the sugar, and it was still plenty sweet (though not the perfect consistency).

In the end, it really wasn’t as good as I had hoped, and it wasn’t lactose-free either. I’m still nowhere near having a recipe for lactose-free “cream cheese style” frosting, though I’ll keep working at it. If anyone has one to share, I’m all ears. This cake kept well in the fridge – it lasted for days with only the two of us in the house. You might want to use a bread knife to cut the pieces; a spatula makes for messy slices.

Prepare the cake: in a large bowl, stir to combine flour, baking powder, salt, sugar, oil, pecans, bananas, pineapple, vanilla, cinnamon, and eggs. (Out of habit, I separated the dry and wet ingredients at first.) 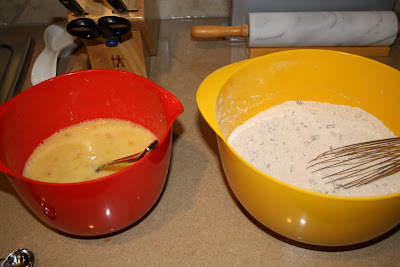 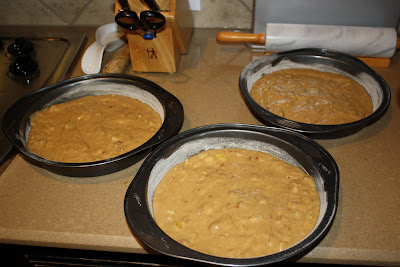 Divide batter evenly between prepared pans, smoothing with an offset spatula. Bake, rotating pans halfway through, until the tops spring back when gently pressed with your fingertips, 26 to 28 minutes. 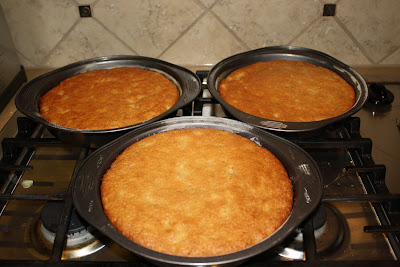 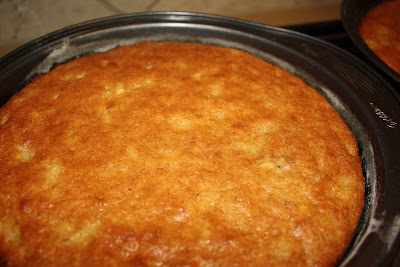 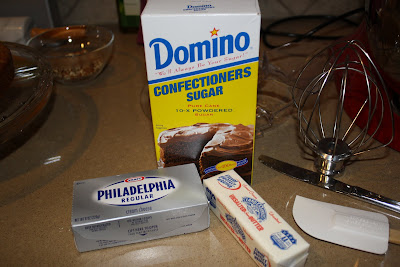 Prepare the frosting: in the bowl of an electric mixer fitted with the paddle attachment, combine sugar, cream cheese, butter, vanilla, and 1 tablespoon milk on medium speed until frosting is smooth. If needed, add more milk, 1 teaspoon at a time, to achieve the proper spreading consistency. 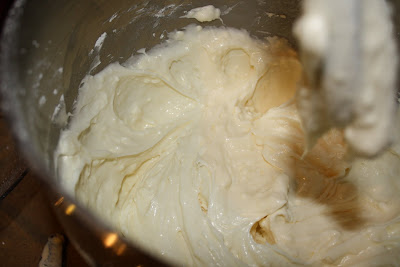 Using a serrated knife, trim tops of cakes to make level (if necessary; it wasn’t in my case, nor in the demonstration video). Place four strips of parchment paper around perimeter of a serving plate or lazy Susan. Place the first layer on the cake plate. Spread the top of the first layer with some of the frosting. Place the second layer on top and repeat process with more frosting. Place the remaining layer on top of the second layer. Spread entire cake with remaining frosting. Sprinkle the top with pecans. Remove parchment paper strips; refrigerate until ready to serve. 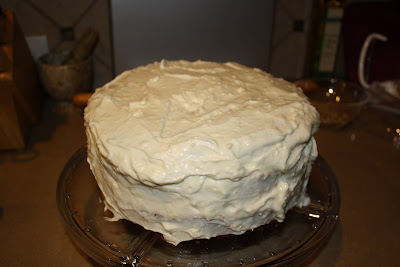 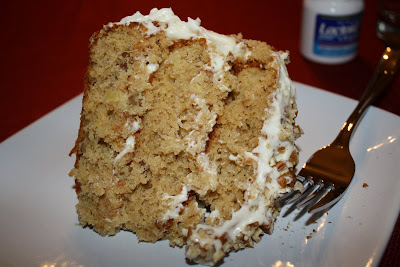