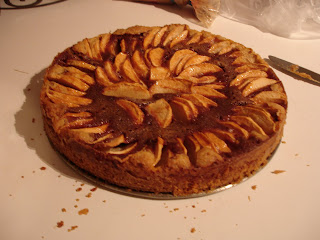 I had bookmarked this on Orangette and man, am I sorry I waited until I had a big bag of lobos to make it. I should have tried it way before. It is so good, you would not believe it. It’s the perfect midway point between tart and cake. The Engineer and I polished it off in two days – and that was with restraint. Those of you who don’t like cinnamon could try replacing it with nutmeg here, it might work.

Molly Wizenberg says that “for this cake, it is particularly important that your oven temperature is accurate. If it runs too hot, the base of the cake could burn before the apples are fully cooked, and the topping, too, could burn before it has time to set. Also, if your apples aren’t terribly tart, you might consider reducing the sugar in the base a little bit, down from 1 cup to maybe, say, ¾ cup.” She used Granny Smith apples, but I used what I had on hand.

In the bowl of a food processor fitted with the steel blade attachment, combine the sugar, flour, and baking powder. Pulse to mix. Add the butter, and pulse until no large lumps remain. Add the vanilla and the egg, and blend well, until it resembles cornmeal. Dump it into the prepared springform pan. Nudge it around with your fingertips to distribute it evenly, and then gently press it along the bottom of the pan. You’re not trying to really tamp it down; you just want to compact it a little. At the edges, let it curve up ever so slightly, like a tart shell with a very low, subtle rim. Arrange the apple slices over the base in a tight circular pattern. It may seem as though you have too many apple slices to fit, but keep going. Really squeeze them in. Slide the pan into the oven, and bake for 45 minutes. 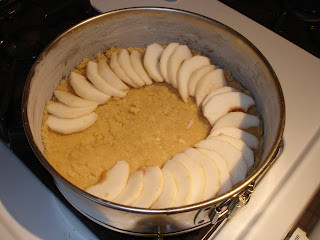 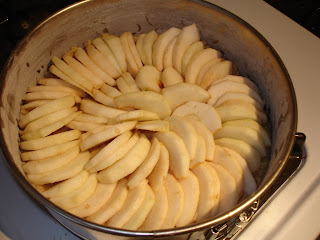 Meanwhile, make the topping. Combine the ingredients in a small bowl, and whisk to blend well. After the cake has baked for 45 minutes, remove it from the oven, and spoon the topping evenly over it. 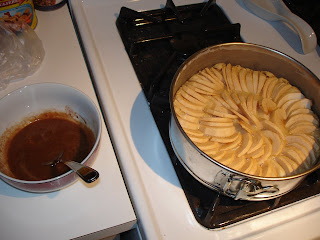 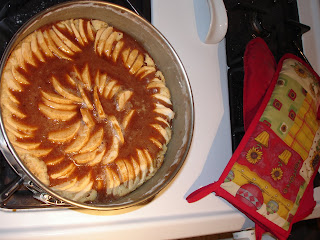 Bake for another 25 minutes or so, until the topping looks set. Transfer the pan to a wire rack, and cool for 20 minutes. Then run a thin knife around the edge to release any areas that may have stuck, and remove the sides of the pan. Cool completely before serving. 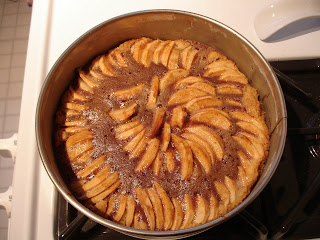 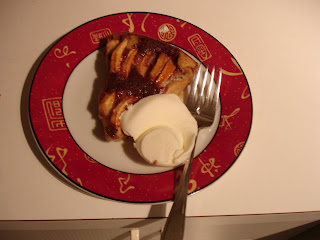