After our little trip to Boston, the Engineer and I drove down to Cape Cod. I couldn’t stand being so close and not taking this opportunity, as I had always wanted to go. We only stayed about 24 hours, but we’ve decided that we absolutely loved it. I’m now looking for any and all excuses to go back! 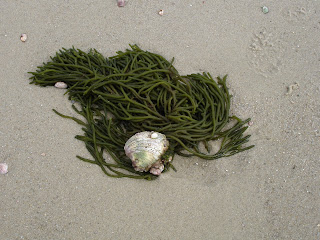 I must share our experience at Saki, a sushi bar and sake lounge (258 Commercial Street in Provincetown, next to Town Hall). What a wonderful dinner we had! First, the restaurant itself is really beautiful, in a historic building, with a bar and tables made from 200-year-old reclaimed wood. The owner spent over a year getting all the details right.

The staff was extremely friendly and helpful, going so far as recommending their favourite dishes – which did not disappoint. We started with the vegetable pad thai: truly awesome. The Engineer does not like bean sprouts in his food (he sees them as a cheap filler, which I understand), so at first, he was reluctant to order it. But the waiter insisted it was very good and even said that if we didn’t like it, he wouldn’t charge us for it. So we went for it, and it was the best thing we could have done. There were very few bean sprouts, and those that were there were served on the side, so there were no fillers in this dish. As a matter of fact, every last morsel was tasty. The noodles were perfect, and the vegetables were cut small enough not to overpower each bite.

Then, we had the (mild) curry chicken skewers, served with a peanut sauce, tempura-fried slices of sweet potatoes and a delicious salad of julienned mangoes and cucumbers, with fresh mint and coriander. My mouth is watering as I think back to this dish; I wish I could have some right now.

We also had some sushi: the unagi was wonderful, and I really liked the roll that combined tuna with apples – unexpected, but it works quite well. We didn’t get to try the avocado salad our waiter swears by, because we were stuffed to the gills. It turns out that the restaurant, run by real foodies, does not serve dessert, because they count on giving you enough delicious food as a main course that you shouldn’t be hungry after that. It was really an exquisite meal.

You should also know that they have a very extensive sake list as well as interesting tasting courses of the latter (the Engineer and I don’t drink much, so we didn’t take advantage of that option, but it looked very interesting for those who either like sake or who want to learn more about it). Also, from about 10pm each night during high season, the place turns into more of a lounge, with dancing and dimmed lights, so you might want to eat before that if you want a quiet dinner.
Posted by Amélie at 3:04 PM

Mr Delu Official said...
This comment has been removed by a blog administrator.
4:43 AM