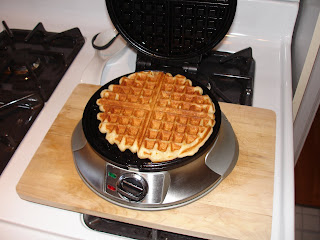 Last weekend, the Engineer and I made waffles for breakfast. We have a waffle iron that we love using, and somehow it got stored on top of our cabinets and we forgot about it for a while. But I stumbled upon a waffle recipe online (it was called "Best Waffle Recipe Ever") and I decided to try it. I found it on Fusion4Design through The Girl Who Ate Everything, and changed one little thing. 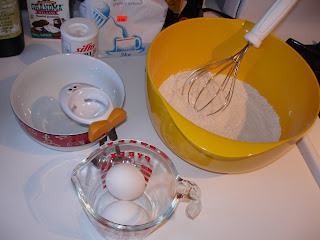 In a medium mixing bowl, stir together flour, baking powder and salt. Make a well in the center. In another bowl, beat egg yolks slightly. Stir in milk and oil. Add the egg yolk mixture all at once to the dry mixture. Stir until just moistened (the mixture should still be lumpy).

In a small bowl, beat the egg whites until stiff peaks form. Gently fold egg whites into the flour and egg yolk mixture, leaving a few fluffs of egg white - do not overmix. 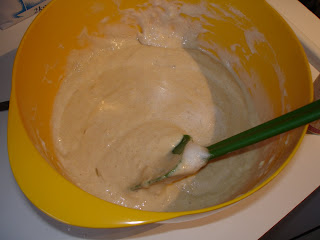 Then proceed to make waffles, using about 1/2 cup to 2/3 cup of the mixture per waffle. 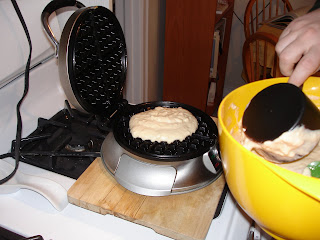 The great thing about this recipe is that the egg whites help make this waffle fluffy on the inside, while still being delightfully crisp on the outside.

Here's my tip for greasing the waffle iron: use a spray. But not any spray! I generally disapprove of them after I once used Pam and realized that it smelled overwhelmingly like rubbing alcohol. That is not an ingredient I want in my food. So I normally grease everything the old-fashioned way. However, with a waffle iron, this is not efficient, and you'll always miss some spots, causing your waffles to stick to the iron - and then making waffles becomes a chore. So use the spray, but try a brand like Mazola, which doesn't have all that crappy stuff in the oil.
Posted by Amélie at 10:48 AM