For our first Valentine’s Day as a married couple, the Engineer* decided to surprise me with midday plans. All I knew was that it involved lunch. I must admit I enjoyed the anticipation! We got on the bus and walked down Sainte-Catherine until he stopped in front of O Noir, where I had been dying to go for quite some time. “Really?” I asked, hopeful and excited. And yes, we really did have lunch at O Noir. 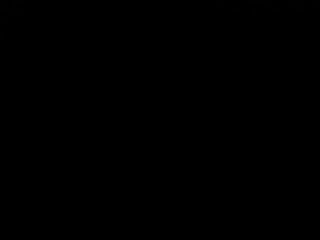 For those of you who are not familiar with the concept: you arrive at a set time, order from the menu and leave your jackets, big purses and any luminous items (cell phone, iPod, etc.) in a locker. You are then guided by your waitress or waiter into a pitch-black room to your table, where you proceed to eat your meal in complete darkness. And the waiters/waitresses are blind, which actually makes it much easier for them to navigate through the room and help you situate yourself once at the table. (Also, the restaurant gives 5% of its profits to charities helping the seeing-impaired.) Kim was our waitress today, and she did a wonderful job of making us feel at ease.

I had the avocado salad as an appetizer, then filet mignon and a raspberry-chocolate mousse for dessert. We started with bread and butter. I know this will sound clichéd, but not being able to see really makes you focus on your other senses: the noise made by the bread’s crispy crust, the bread’s warmth, the taste of it along with the butter... Heavenly. It’s just a little hard to butter it “properly”, but not impossible.

Then the avocado salad made things a little harder: it’s hard to figure out where pieces of food are on a plate when you can’t see them, and you can’t figure out how big they are and what shape they have until they reach your mouth! It turns out that the avocado is cut into slivers lengthwise (which I realized after getting pieces to touch my chin or my nose before my mouth). There is also some lettuce on the plate, along with a few tiny cubes of bell pepper and great dressing. I must admit that at the end, I used my fingers to feel around the plate and get all the lettuce (it’s really hard to poke a fork through it!). Of course, no one could see me, so it wasn’t too embarrassing. It was a really good salad, though, and the avocado was perfectly ripe. As far as I know, I ate all that was on the plate.

Then the filet mignon arrived, and all I knew was that it came with peppercorn sauce, potatoes and asparagus. Luckily, it was precut into pieces, so I didn’t need a steak knife or anything – not that I would have been very successful at using one! The only problem with the dish was that the steak pieces were much too big for me, so I had to tear them apart in two or three smaller pieces before I could eat them. I’m sure it would not have been a pretty sight! After poking around the plate, I figured out that the vegetables were at 8 o’clock: the first I tasted was a green bean, then asparagus. The meat was at 12 o’clock, and something that could have been the potato was at 4 o’clock. I poked around with my fork, but couldn’t get anything to stick onto it, so I used my fingers to feel the potato: it was baked and cut into slices, which I was then able to push onto my fork. I eventually felt a spherical piece of food with the vegetables; it turned out to be a piece of carrot. Once I was situated, it was much easier to pick what I wanted to eat! I ended up leaving a little food on my plate, though I’m not sure how much. I just felt that I had reached my limit (and I had to save a little room for dessert).

The chocolate mousse arrived. (I took some Lactaid out of my purse; luckily, I can do that blindfolded by now, so it was not an issue. For those of you who did not know, I am lactose-intolerant, and this will come up at various points as I share recipes with you!) I located it around the middle of the plate and eventually realized that some pieces were more raspberry-with-gelatine, while others were more chocolate-with-cream, and there was a thin cake base. It was very good, and I’m pretty sure I finished my plate.

Being in the dark for so long, you end up distracted when a sliver of light peaks through from another room, even though it’s never enough to really see. You also are more aware of noise around you. We ate near a table of about six, who were obnoxiously loud (and using their outdoor voices). The couple at the table next to us was much quieter. At one point, someone broke a glass, and people started clapping. I have to say that’s one of my pet peeves: I find the clapping not only childish, but extremely rude in this circumstance. Anyway, the darkness took some getting used to, and also made us laugh quite a few times as we were trying to get used to it. At one point, the Engineer asked me if I was hunched over my plate like he was – and I realized that I was.

When we finally came back out, the dim light in the foyer was blindingly bright to us. It was like a completely different universe. The Engineer paid, we collected our things and we were on our way back into the bright early-afternoon sun to enjoy the rest of the day. It was a really great experience; I think everyone should try it at one point!


*I had been looking for a nickname for my husband, instead of his initial. I feel it has more appeal. After all, Petite Anglaise has The Boy (and Mr. Frog and Tadpole), while Gluten-Free Girl has the Chef (and Little Bean). So from now on, I will refer to my husband as the Engineer instead of J.
Posted by Amélie at 4:32 PM

I would also give a shout-out to their excellent and friendly staff and waiters/waitresses, who are most helpful in guiding you and acclimatising you to the experience. I had the roasted pepper dish (vegetarian) and the cheese it's served with is out of this world... I'll have to seek it out again. Also - their chocolate cake is delicious, and if you can eat the ice cream its served with without making a mess, good for you.