Those of you who have kept track of the last three recipes know that I dutifully set aside a total of eight egg whites. And it just so happens that one of the many recipes I’ve been meaning to try calls for exactly eight egg whites. It was meant to be! It’s basically the coconut cupcake recipe from the February 2009 issue of Martha Stewart Living (which has the greatest cupcakes ever!). 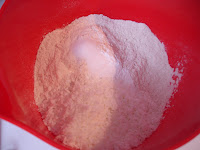 Cream margarine and sugar with a mixer until the mixture becomes light and fluffy. 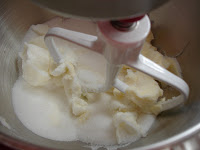 Add eggs, one at a time, beating after each addition. Repeat with egg whites. 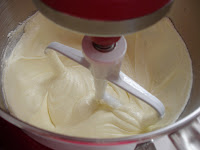 Reduce speed to low. Add flour mixture to margarine mixture in 3 additions, alternating with coconut milk and ending with flour. Scrape sides of the bowl. 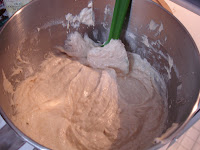 Divide the batter among muffin cups, filling each about 2/3 full. 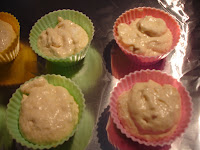 Bake cupcakes until testers inserted into centers come out clean, about 20 minutes. Let cool in tins on wire racks. 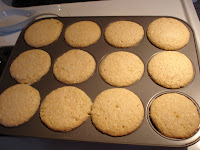 This is the recipe as it appeared in the magazine; however, I had about twice as much as I needed for the cupcakes (though it would have been enough for a cake).

Mix 1 ½ cups of sugar, the water and the corn syrup in a small saucepan over medium heat. Cook, stirring occasionally, until sugar dissolves. Bring to a boil and cook until mixture registers 230 °F on a candy thermometer. 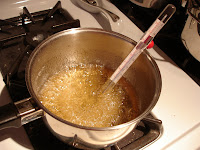 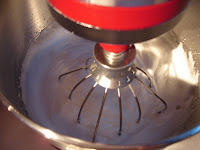 With mixer on medium-low, pour sugar syrup in a slow, steady stream down the side of the bowl. Increase speed to medium-high and whisk until stiff peaks form and mixture is cool, about 7 minutes. 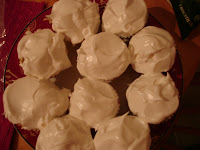 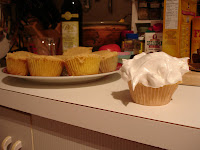 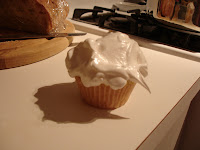 Frost the room-temperature cupcakes. You can garnish them with large flakes of unsweetened coconut. It is best to serve them immediately, as the frosting will harden on contact with air. So it does not go bad or anything, but it will be noticeably drier and harder by the next morning – it’s the marshmallow effect. (Note that this did not happen to some frosting that I had saved in a bowl covered with plastic wrap and stored in the fridge.) That being said, I LOVED this frosting, not only because it tastes great, but because it is lactose-free. And the cupcakes were fantastic, too! 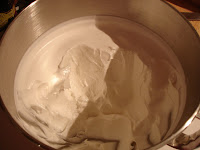 I was, however, slightly alarmed to find that after I bit into one I immediately had a frosting-moustache. Thankfully, it is easily remedied with soap and water.