When I made Meyer lemon marmalade, I hadn’t sterilized my jars, so I knew I had to use it up relatively quickly. I used some to top very good buttermilk waffles, so with that and regular use (topping toast), plus topping yogurt once, almost a jar was accounted for. 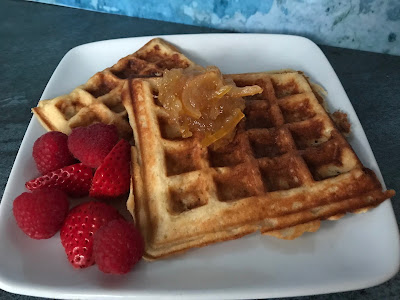 Since I still had a second jar hanging around, I asked my friends if they had any suggestions. They sent a lot of recipes my way! I started with Nigella Lawson’s store-cupboard chocolate-orange cake from How To Be A Domestic Goddess (available here as well). I thought it was good, but I was the only one to enjoy it; the Engineer and the Little Prince had a few bites and then declared they were done, while the Fox refused to touch it. So it’s a bummer that I used up the whole second jar on it, especially since it was only at that point that the Engineer confessed that he wasn’t fond of marmalade in general. 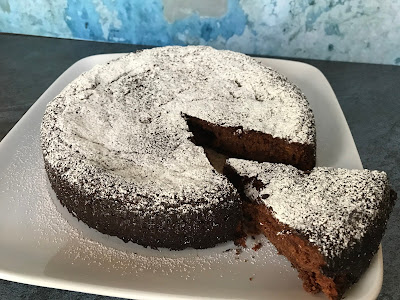 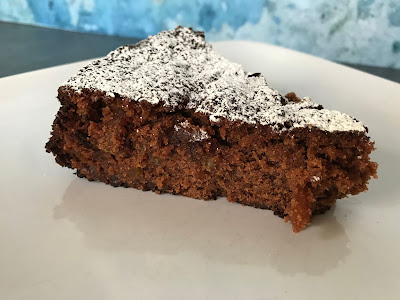 However, there was a marmalade cookie recipe that had caught my eye as well, so I decided to buy more of our regular orange marmalade to make it. It’s an old-fashioned recipe that calls for shortening, melted and cooled, and I decided to replace that with coconut oil. They were really good! These cookies are thick and chewy, and everyone liked them, even the Engineer this time (he actually couldn’t figure out what the flavor was, but kept coming back for more). I would warn you, however, that they are definitely best the day they are made; the dough doesn’t keep well in the fridge (it gets all sticky and unwieldy), but you could try freezing it on parchment paper and baking it on demand, adding a few minutes to the baking time. I got 21 cookies.
2 eggs
1 ½ cups sugar
1 tsp. salt
1/3 cup coconut oil, melted and cooled
¾ cup orange marmalade
grated zest of 1 lemon
3 Tbsp. freshly squeezed lemon juice
3 cups all-purpose flour
2 tsp. baking powder
Preheat the oven to 375 °F. Line a baking sheet or to with parchment paper or a silpat.
Put the eggs and sugar in a mixing bowl and beat until blended. Add the salt, coconut oil, orange marmalade, lemon zest, and lemon juice. Beat until the dough is thoroughly mixed. Add the flour and baking powder and beat well (this is a stiff dough).
Drop the cookies by spoonfuls (I used my 3-oz cookie scoop) on the baking sheet(s) about 1-2 inches apart. Bake for 12-14 minutes or until the edges of the cookies are golden. Remove from the oven and cool. 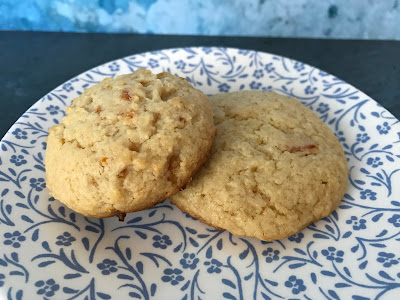 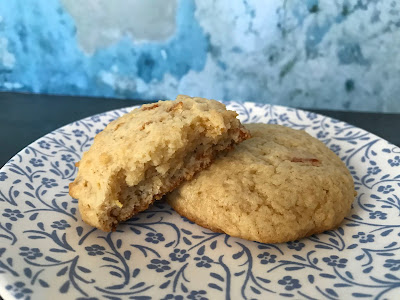