I decided to make the rainbow chip cake from Date Night In, by Ashley Rodriguez, for no other reason than because it was the last recipe I had bookmarked in it and hadn’t tried yet. One version of the recipe is also on her blog. There are a lot of steps, mostly because you have to make your own “chips” with white chocolate and food coloring (this can be done ahead of time, though). I LOVED the resulting cake, but found the accompanying cream cheese frosting to be a nightmare to work with, as it was way too soft, even after being refrigerated. 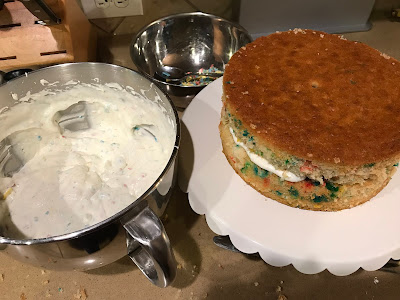 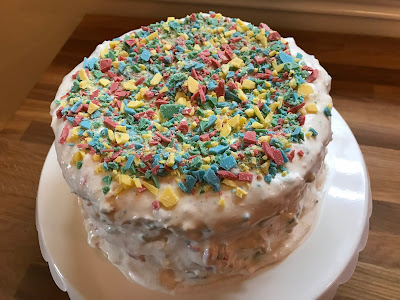 So I made the cake a second time, using two containers of Miss Jones frosting in confetti pop flavor. And since I had sprinkles built in with the frosting, I figured it wasn’t worth making the chips and I would just put sprinkles both in and on the cake. It turns out I would have needed three Miss Jones containers to frost the whole thing, and the sprinkles fell off the top of the cake once I cut pieces, so it wasn’t very practical. And I must admit that the rainbow chips tasted much better than the sprinkles! 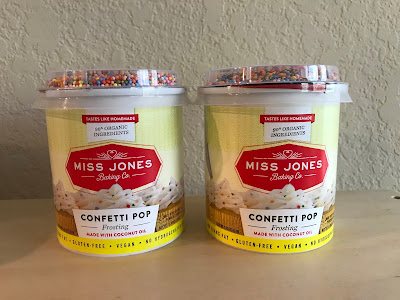 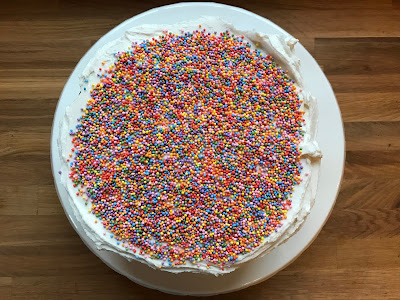 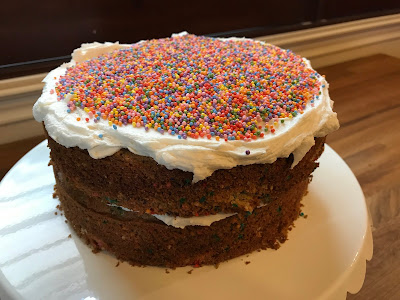 So I’ve decided that the proper way to do this would be to make the cake with chips as instructed, but to use a vanilla buttercream frosting instead of the original cream cheese one. You could use a recipe like this one (with either lactose-free butter or vegan margarine sticks instead of regular butter), or use three containers of commercial vanilla buttercream, assuming you don’t want a naked cake like I did here the second time (in which case two will do). As for the chips, you can either mix them into the frosting or use them to top the cake – the first option is more original, but I find the second option prettier and easier to work with. Note that Ashley Rodriguez puts strawberry jam between the two layers of cake in addition to frosting, but I omitted it in the second version and in the recipe below.

Also, you’ll see in some photos that I used my baking strips and heating cores for this cake. I do think they make a difference, because the cakes seemed flatter and perhaps more even than usual, but I confess I find the heating cores a bit cumbersome… Maybe I should try one or the other for a while and see what happens. On to the recipe!

In a microwave-safe bowl, melt the white chocolate with the oil in 20 second intervals. Stir well after each 20-second burst. Continue to heat until all the chips are melted (but be careful, as chocolate burns easily – you could do this in a double boiler instead if you wish).

Divide the melted white chocolate into four small bowls. Add 5-7 drops of color into each bowl. Stir to combine. The white chocolate will seize up a bit but should still be pliable. If not, pop back into the microwave for about 10 seconds.

On a baking sheet covered with parchment paper, empty out each bowl of colored chocolate. Using your hands or an off-set spatula, form it into a rough rectangle about ¼″ thick.

Place in the freezer for about 10 minutes or until set. Once set, chop up each color into little pieces. 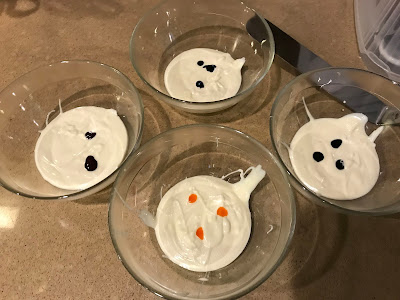 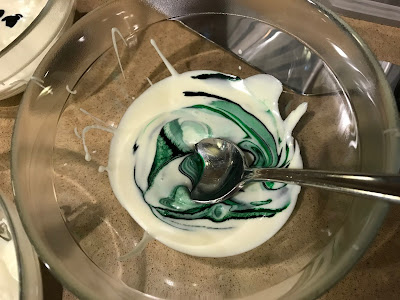 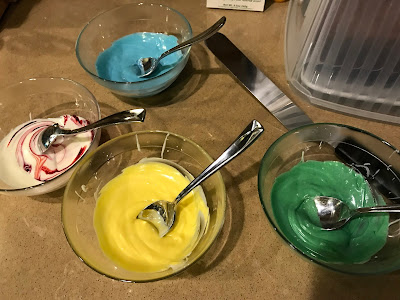 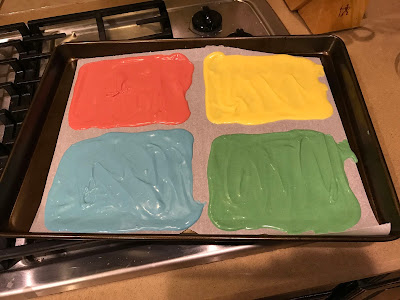 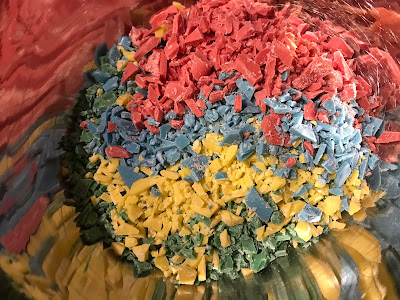 In a small bowl, whisk to combine ¼ cup of the milk with the vanilla and egg whites.

In the bowl of a stand mixer fitted with the paddle attachment, add the cornstarch, flour, baking powder, salt, and sugar and mix on low speed for 60 seconds. Add the butter and the remaining ¾ cup milk. Mix on low until combined and then increase speed to medium and beat for 1 minute.

Scrape down the sides of the bowl again and finish mixing on low. Fold in the rainbow chips.

Divide the batter into the cake pans (you should have about 6 ounces or 620 grams of batter per pan). Bake until the cake springs back when gently pressed, 35-40 minutes.

Let the cakes cool on a wire rack for 10 minutes before you remove them from the pans. Cool completely before frosting. 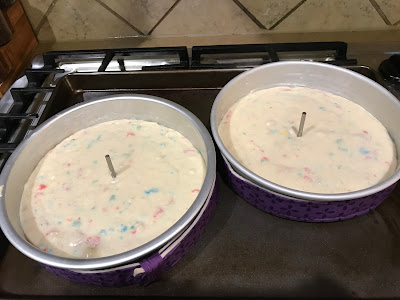 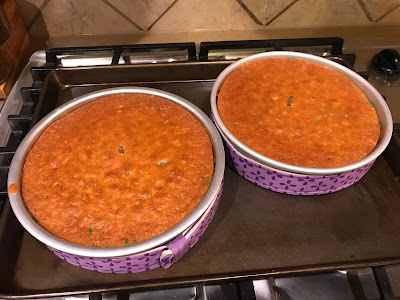 Fold the rainbow chips in the frosting or save them to decorate, as you wish (though I’d make sure to put some between the two layers of cake). Frost the cake and top with additional rainbow chips. 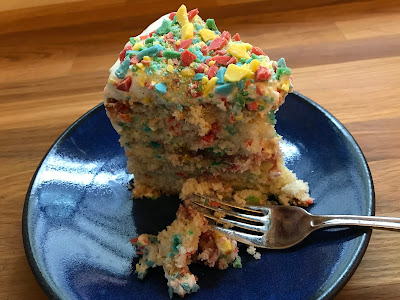