Let me start with my current favorite, Made Good soft granola bars, which I can’t recommend enough. They’re a great snack for your kids’ lunchbox or when the kids come home from school. We tried the apple cinnamon and the mixed berry granola bars as well as the chocolate chip granola minis (soft granola clusters). The Little Prince is lukewarm on the granola bars, mostly because the first one “made [him] thirsty” and, you know, they don’t have chocolate. He LOVES the chocolate chip granola minis, though, so I’ll just switch to the chocolate chip granola bars. The Fox likes them all, though I have to break the bars into pieces for him because otherwise he’d take bites that are too big. Normally I’d tell you that I like this brand because it’s kosher, vegan, and processed in a facility free from the 8 most common allergens (so totally safe for school), but here’s the best part (which my kids still don’t know): each bar or pouch of granola minis contains the nutrients of 1 serving of vegetables. What?!? They actually contain vegetable extracts, like broccoli, spinach, carrots, tomatoes, beets, and shiitake mushrooms. And I swear your kids won’t notice. Made Good products are available at Whole Foods, but you can get decent prices on Amazon too. 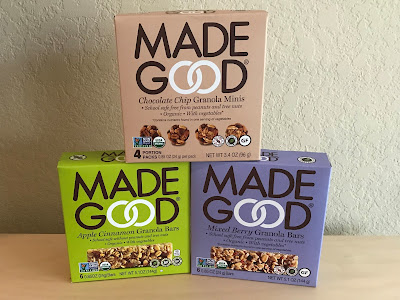 While at Whole Foods, I bought some Moon Cheese, in both cheddar and gouda forms. Moon Cheese is essentially dehydrated nuggets of cheese, which don’t need refrigeration. I believe the name comes from both the fact that they resemble what astronauts might eat and their appearance (like a little asteroid or moon full of tiny craters). Here’s a picture near the hand of a one-and-a-half-year-old for comparison. They are lactose-free and delicious! The downside is that these crisp bite-size pieces are very salty, even though they contain only cheese, because there’s no moisture. So I would say they are great on the go in small amounts, or accompanying something moister like fruit. 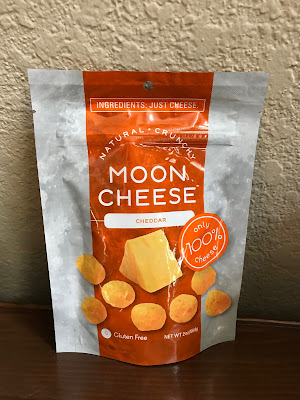 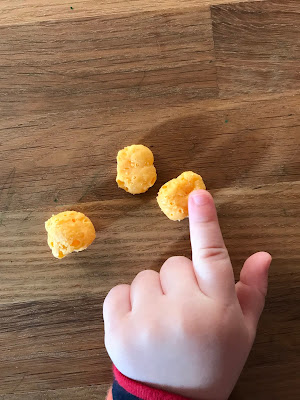 Another cheese product I tried was Folios cheese wraps, which come in parmesan, jarlsberg, and cheddar flavors. They are lactose-free and gluten-free; you can use them as is, meaning as wraps or inside wraps, or use them to make chips or edible bowls, for example. (See here for where to buy them.) I’m enjoying them! 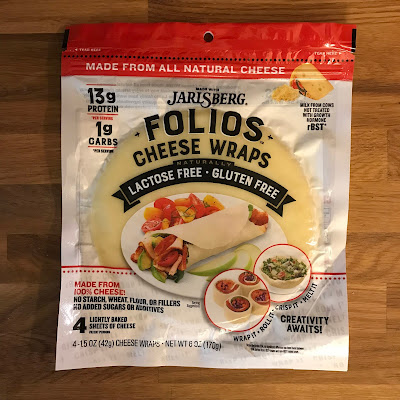 I ordered Love Grown cereal, specifically the Fruity Sea Stars, after reading about what a good option it was for health-conscious families. The cereal is made from a blend of three beans (navy, lentil, and garbanzo beans) along with rice flour, so it’s full of protein. Plus, in the case of the Sea Stars, the colors are natural (radish juice, turmeric, and paprika). They taste like Froot Loops, though perhaps a bit more lemony. That’s actually the downside for the Little Prince, at least, because he much prefers the chocolate variety (I found the Power O’s at my local grocery store). Those are quite good too, and the chocolate flavor is more intense and less sweet than with other similar products from different brands. 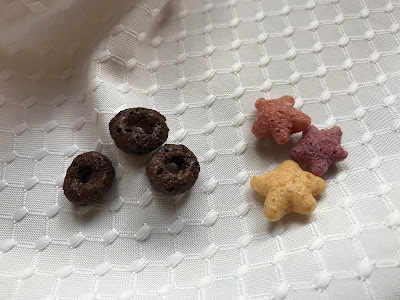 I tried Miyoko’s vegan butter, which does taste more like butter than any margarine I’ve tried, but it wasn’t enough to truly make up for the fact that Green Valley Creamery isn’t making lactose-free butter anymore. 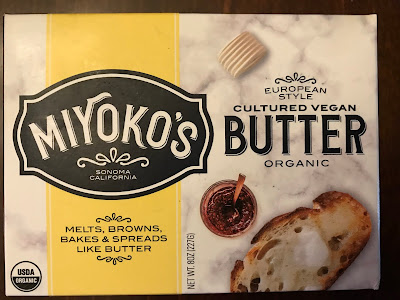 I don’t usually do this, but I’ll just steer you away from this chocolate spread, which was so bad that we threw it away. I then promptly got more Chocolate Soom and am very, very sorry I strayed.

I also tried Calavo’s chocolate mousse made with avocados, which was… meh. My homemade one is so much better that these were a big let-down for me. That being said, the Fox has never tasted my recipe, so he was all over these, and I now realize that they’d be great if you’re looking for healthy-ish chocolate puddings for your baby. 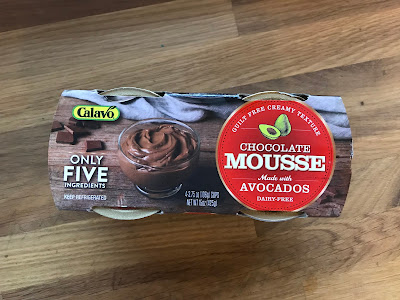 You're doing amazing job on product reviews. When you have a free time king write a review about latest 3D Moon lamps in the market.

Awesome blog. I enjoyed reading your articles. This is truly a great read for me. I have bookmarked it and I am looking forward to reading new articles. Keep up the good work! w3onlineshopping

melianalim said...
This comment has been removed by a blog administrator.
10:10 AM