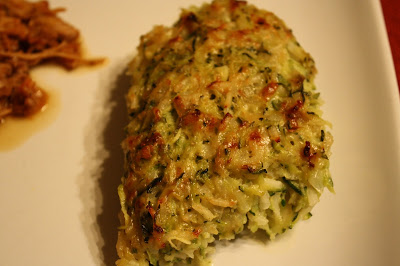 I normally don’t like cooked zucchini, but this dish was surprisingly good! It calls for using the liquid extracted from the zucchini and some milk instead of more traditional cream, so it’s not too heavy, plus there’s rice and cheese to round it all out. And it wasn’t hard to make, either. The recipe is originally by Julia Child, though this version is by Shauna James Ahern. I served this zucchini gratin with leftover pork ragu from the freezer, and the Engineer was convinced that he would like the pork more than the zucchini, but it turns out that he was wrong. The Little Prince, however, was not lured by the cheese in this – it remained too green for his liking. Too bad – but that made more for us.

Cut off the ends of the zucchinis and grate them on a box grater or in a food processor with the grating disc. Put the grated zucchini in a colander set over a large bowl. Toss with the kosher salt, taking the time to mix the salt well. Let the zucchini drain into the bowl for at least 5 minutes.

Grab a handful of the grated zucchini and put it in a kitchen towel. Put the towel over the bowl of zucchini water, close the towel around the ball of zucchini and squeeze out the water. Squeeze again and again until you have drained the zucchini of as much water as possible (it’ll never get completely dry, but do your best). Continue with the remaining zucchini.

Set a small pot of water over high heat. Bring the water to a boil, then add the rice. Let it boil vigorously for 5 minutes, then drain it from the water and set aside.

Preheat the oven to 425 °F. Generously grease a baking dish of roughly 8-cup capacity (I used an 8” square one). Set aside.

Set a large skillet over medium-high heat. Pour in 4 tablespoons of the oil. When the oil is hot, add the onion and cook, stirring frequently, until the onion is soft and translucent, about 7 minutes. Turn up the heat to high and stir vigorously while the onions brown just a bit more. Stir in the grated zucchini and chopped garlic and cook, stirring frequently, until the zucchini is tender, about 5 minutes. Turn the heat down to medium and sprinkle the flour over the top of the vegetables. Stir for 2 minutes, making sure everything is evenly coated with the flour, then turn off the heat.


While the zucchini is cooking, set another small pot on medium heat. Pour the zucchini water into a large measuring cup. Add enough milk to make 2 cups of liquid. Heat the liquid to a slow simmer without letting it boil. Slowly, pour the heated zucchini liquid into the skillet of vegetables. Turn the heat to medium-high again and stir gently. When the vegetables and liquid begin to simmer, turn off the heat again. Stir in the cooked rice and most of the parmesan (save about 3 tablespoons for the top). Taste the zucchini and season with salt and pepper to taste. Pour the vegetables and liquid into the buttered pan. Toss the remaining cheese on top and drizzle it with the remaining olive oil.

Bake the gratin until the top is bubbly brown and the reduced liquids are simmering on the edges, about 30 minutes. Serve immediately. 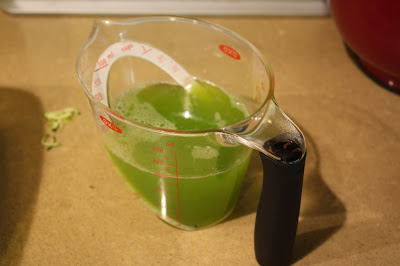 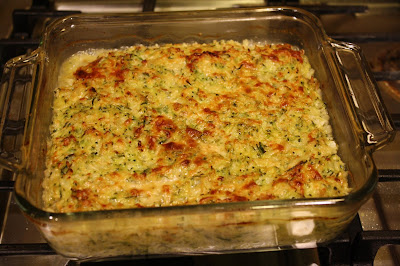