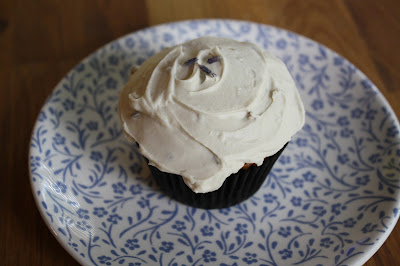 I tried these vanilla lavender cupcakes. I was mostly interested in the coconut milk frosting, which I actually found really good! Once it was refrigerated, it actually set up nicely and the consistency was such that I could have piped it on the cupcakes. The cupcakes also contain sea salt instead of table salt or kosher salt, which I found to be an unusual choice for this type of baked good, but it gave the crumb some interesting contrast in both taste and texture. If all you are interested in is the lavender flavor, you can use wheat flour for the cupcakes and make a lavender buttercream (with lactose-free butter or a butter substitute) instead of a coconut frosting.

In a medium bowl, whisk together the flours, arrowroot powder, baking powder and salt; set aside.

Using an electric mixer, beat together the oil and sugar on medium speed until the sugar is dissolved, about 1 minute; mix in the eggs, almond milk, and vanilla. Using a rubber spatula (I just kept using the paddle attachment), add the dry ingredients to the wet and mix until combined. (In theory, there’s no need to worry about overmixing, since there’s no gluten in this batter.)

Divide the batter evenly among the muffin molds and bake for 18 to 20 minutes, until a cake tester inserted into the center of a cupcake comes out clean.

Remove from the oven and allow the cupcakes to cool completely, at least 2 hours.

While the cupcakes are cooling, make the lavender cream. Remove the coconut milk from refrigerator, turn the cans upside down, and remove the bottoms of the cans. Carefully drain off the coconut water (reserve for smoothies or other uses) and scoop the solidified coconut cream out into a mixing bowl. With an electric mixer, beat together the coconut cream, coconut oil, maple syrup, and vanilla, until smooth and creamy. Fold in the dried lavender. Cover the bowl with plastic wrap and place in the refrigerator until ready to use.

Frost the cupcakes with the lavender cream. Sprinkle the tops with extra lavender for garnish. 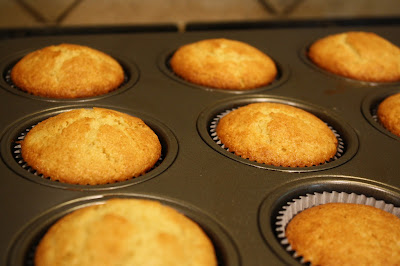 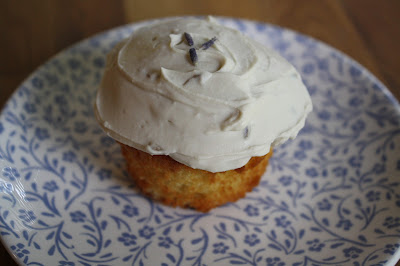 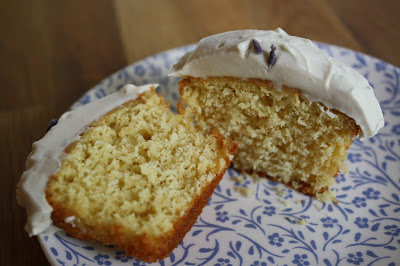