I kept going in my efforts to knit through the stash, prioritizing baby projects because, well, people keep getting pregnant. I mean, if everyone could just stop having babies for a second, I could finally knit something for myself, you know? Ha! I suppose I’ll get there eventually.

I started by digging into some gorgeous yellow yarn, Malabrigo Lace Baby Merino in Cadmium – it also comes in worsted weight and probably others, but what I had on hand was lace, so I knit double-stranded. First, I made a puerperium cardigan for a tiny little boy who turned out to have the really cool name Asher Hendrix. I used blue buttons that were in my collection, originally from Etsy. 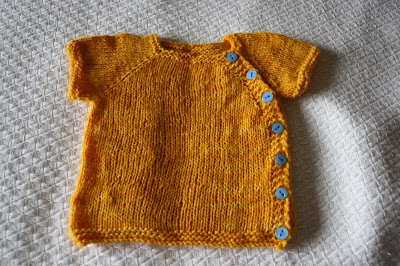 In my previous post in this series, I mentioned the ongoing grey yarn saga. See, I had a skein of Debbie Bliss Rialto Lace Yarn in Medium Grey (03) left over from a previous project, and I really wanted to use it up. I thought I had enough to make a small garter yoke baby cardigan for the Fox, but it turns out I didn’t. So I set about buying a second skein, only to realize that it’s been discontinued! I finally located one in the U.K. Of course, once I got it, it was from a different dye lot, so I figured I’d use the recommended trick of knitting alternating rows from each skein, so that the greys blend into one another. So I started over, only to realize that there was still a visible striping effect! I frogged everything and balled up the colors individually. I ended up making another puerperium cardigan with most of the first skein, this one for the Fox, and the second (British) skein is still sitting in my stash. 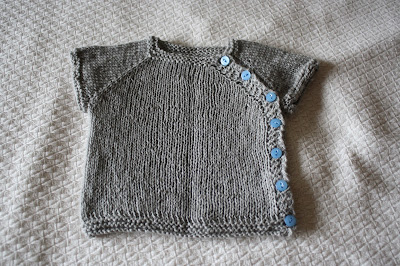 As for the garter yoke cardigan, I made it in more of that luscious cadmium yarn, with star buttons I hadn’t used in a while. 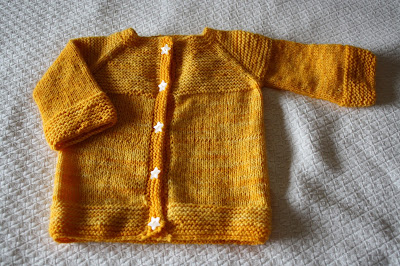 I decided to make the Fox an Offset Wraplan with more of that yarn – I can’t get enough of that color, and it’s super soft, too. Plus, it’s a great pattern! I used wooden buttons. 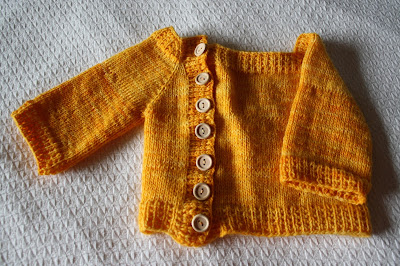 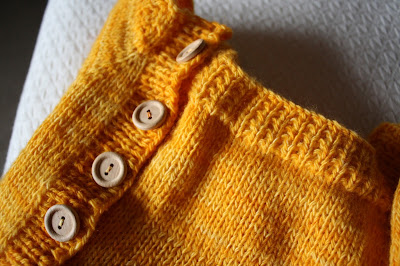 I then used up some Debbie Bliss Baby Cashmerino in Duck Egg (leftover from the Temari sweater) to make another Jeudi sweater, again for the Fox. 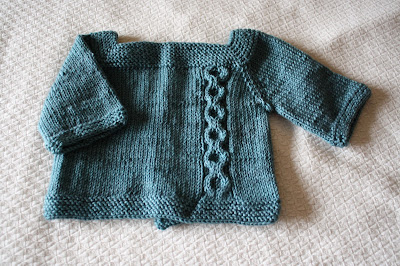 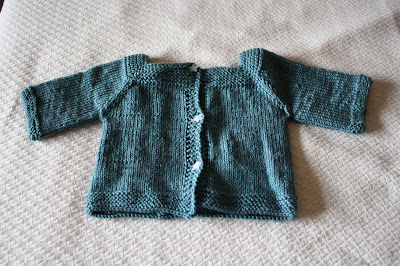 Friends of mine announced they were adopting their second daughter, so I made them a short-sleeved Kina cardigan with Debbie Bliss Baby Cashmerino in Coral. I had 4 skeins, so I made the 4T version – it’s definitely too big for her right now, but at least she’ll grow into it (and can currently wear the cardigan I had made for her older sister). I used a button from my stash and threw in a knit flower to make it more interesting. I really like the pleats at the neckline! It turns out I actually had a blank card with a design that looked like the flower, so of course I had to use it for the care instructions! 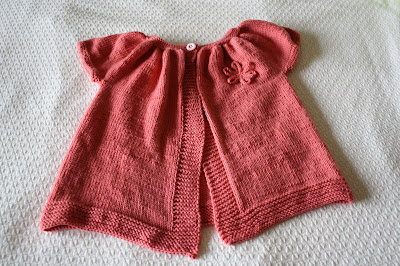 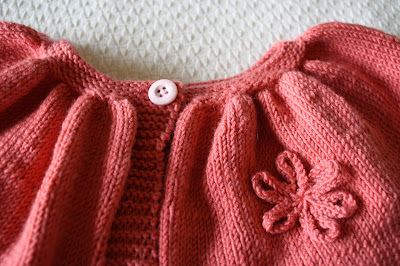 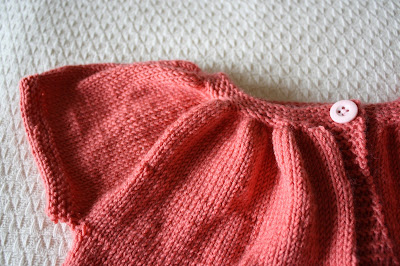 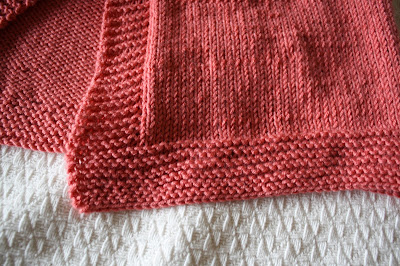 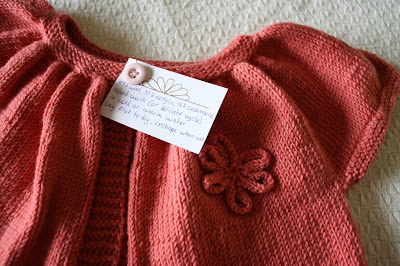 Finally, for the Little Prince, I made the Lancelot sweater I’d been eyeing for so long. I bought some Classic Elite Adelaide Yarn in Charcoal because, based on its description, it seemed perfect to show off the pattern on the front. In person, it’s a bit fuzzy and I feel like it looks better in the pictures than in real life. I had set aside two large black buttons to finish it up, but they ended up being too big, so I riffled through my mother’s button collection and chose two yellow ones. I needed a little less than 4 skeins of yarn (I thought I’d need 6), but then again the sweater came out a bit smaller than I expected – I had hoped it would fit him for a trip a year from now, but I’ll be lucky if he can still wear it this winter! At least I’ve got another child on whom I can pawn it off. 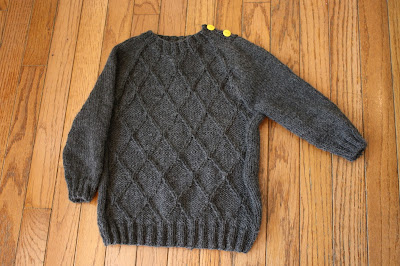 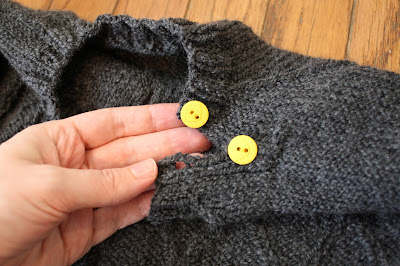 There are particular dissertation web-sites with websites in making guarantee apparently taken into your website. knitting company