We made it up to Quebec again this year, and somehow I’m always busier on vacation than in “real life”, so I end up posting less. But all is well, and the trip up was remarkably easy, given the ages of our kids. We made a quick stop at Nick’s BarBQ and Catfish in Carlisle, Arkansas – we had stopped there on our first drive down, and the fried green tomatoes were still just as good. This year, I particularly liked New York State, as we stopped near a beautiful lake in Chautauqua and it was the most restorative rest area ever. Plus, the next day, we had lunch at DB’s Drive-In in Weedsport – the burgers were mediocre, BUT they had lactose-free vanilla ice cream! I was actually able to eat ice cream in a sprinkle-covered cone! Granted, it was only one flavor among 3 dozen or so, but it absolutely made my day. 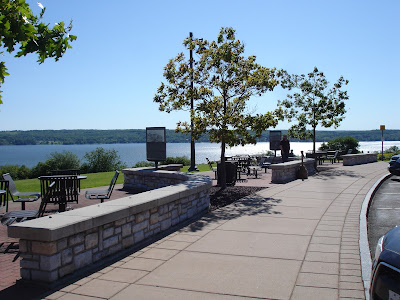 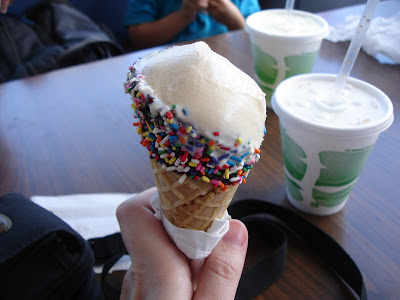 So, here’s a round-up of recipes I tried without posting about them. Some were a little underwhelming, like sunflower seed pesto or these cretons (though, to be fair, I didn’t have salted herbs and may have ended up under-seasoning the whole thing). But I also made onion-thyme jam, which was fantastic in burgers (along with storebought bacon jam). In that photo, they are next to quick pickled onions, which were also very good – I used them in salads and sandwiches, and they kept well in the fridge for a few weeks. 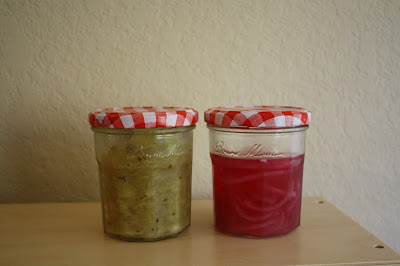 Salads are a good way to make a quick meal, too. I liked a carrot and pesto salad inspired by this post, but I’d caution you to make sure your pesto is really flavorful, otherwise it’s not worth it. I’d throw in some roasted pine nuts to make things more interesting next time.

For an easy meal, I was also inspired by a pin I found online – the link was broken, but the picture and description were clear enough to allow me to make a delicious salad with lettuce, chicken, bacon, sweet onion, corn, cherry tomatoes, avocado, and a honey-mustard dressing. Delish! 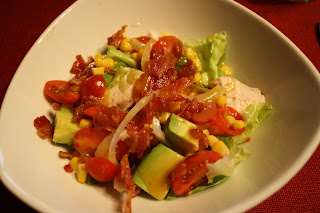 There was a fattoush salad with cucumbers, tomatoes, bell peppers, mint and pomegranate arils, and sumac of course, but the takeaway was the baked pita chips: I tossed pita squares with olive oil, salt, za’atar and sumac and baked them at 300 °F for 10 minutes. Heaven! Those would work in many other salads too, or just as a snack. 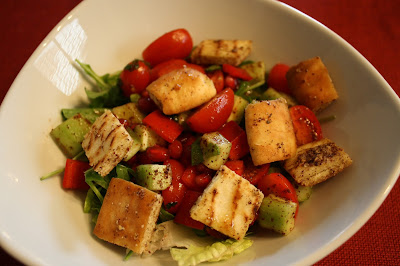 I also like tuna salads when they have enough interesting ingredients to complement the tuna (or perhaps I should say: I like tuna salad in sandwiches, for example, and salads with tuna as stand-alone dishes). There are great ideas here, though one of my favorite ways to use it (and I can’t believe I haven’t posted about this before) was based on a friend’s Facebook post. Obviously, this is highly adaptable (it’s a salad, not rocket surgery), but my version had a mix of green and red lettuces, raspberries, avocado, tuna, lactose-free goat cheese, chickpeas, and a dressing that was either lemon or mustard, depending on my mood. Perfect for summer! 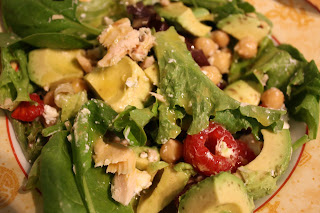