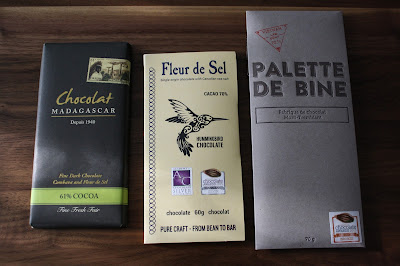 The first one I ate was Hummingbird Chocolate in Fleur de Sel. The chocolate itself was good and quite smooth, but a bit too bitter for my taste, at 70% cocoa. I liked the design of the bar and the packaging, but oddly, even though the company is in Ontario, I initially couldn’t tell which, of the English or French text, was the translation, as both were poorly written. (I’d wager now that the English is poorly written and then the French translation… Well, garbage in, garbage out.) That contributed to making a poor overall impression, even though I’d obviously like to support the company.

I then tried a Chocolat Madagascar bar – I can’t find it online anymore, but it’s a 61% cocoa content with fleur de sel and (I only realized this after tasting it) combava. Sadly, the citrus flavor (almost orange-y) overwhelms everything, and I can’t even taste the salt. I’m not a big fan of this one.

The third one was from Palette de Bine and it was a single-origin bar with beans from Vietnam. Even though it was 72% cocoa, I found it delicious, plus it had a smooth mouthfeel. I also liked the design of the packaging and bar (made to look like wood). This is the one I’d definitely buy again! No wonder they won so many awards. 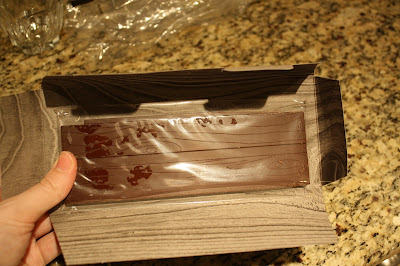 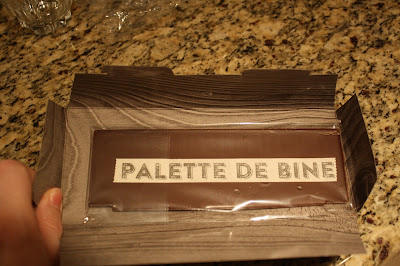 I placed a separate order to Les Chocolats de Chloé for truffles. Interestingly, even though a photo pf their products appears on the Miss Choco website, they use Valrhona chocolate instead of bean-to-bar (the photo is in the section explaining how confectioners use couverture chocolate, but there is no legend to the photo, so it’s really not clear why it’s there). The truffles come in very interesting flavors, but sadly many of them were unidentifiable, meaning either they weren’t on the chart, or they were but I still couldn’t taste what I expected to taste. The spices, ginger and vinegars came through well, but I felt like most fruit was muddled at best. It should also be noted that the package was sent without any insulation against heat, so the truffles were a bit worse for wear upon arrival… They were still good, but next time I’d either order them in winter or choose them myself in the brick-and-mortar store. 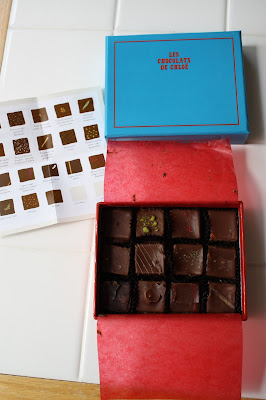 Finally, I’m talking about it here even though it’s not bean-to-bar either: Rochef Chocolatier’s Dark Chocolate with Fleur de Sel. This was absolutely delicious! It’s 70% cocoa, but I did not find it too bitter at all. This was something I just picked up at the grocery store, from a local company, and I’d go for it again. I’ll actually keep an eye out for it next time I’m at IGA. 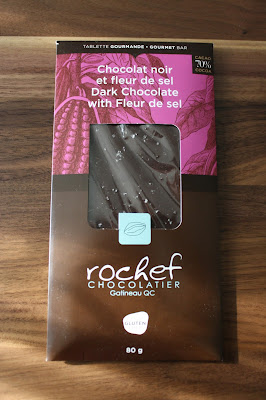