After our trip in January, we stuck to more local outings this spring. In February (which really felt like spring here), we visited the San Antonio Missions, which I’d been wanting to see for about 5 years! They are a UNESCO World Heritage site. We started at the southern end with Mission Espada and made our way north to Mission San Juan, Mission San José and, finally, Mission Concepción. We did all this on a Sunday morning, and I can confirm that all four churches are still in use today. If you are short on time and can only visit one, I’d recommend Mission San José, which was the most impressive. 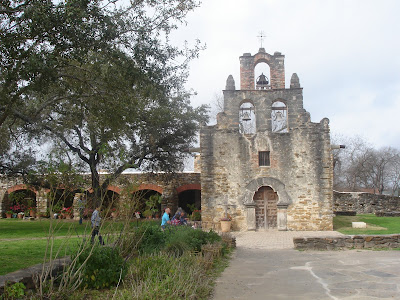 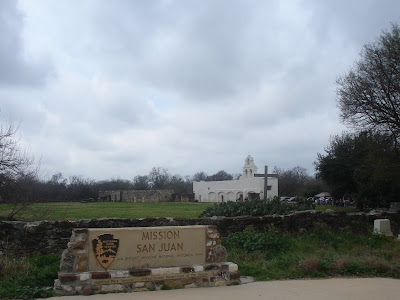 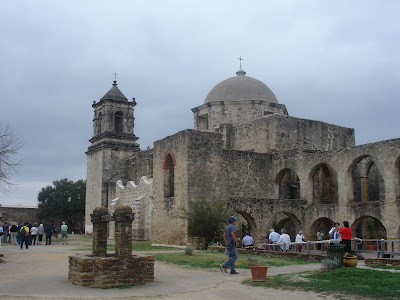 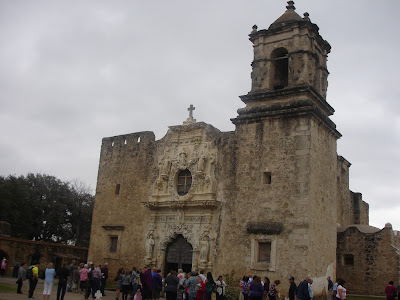 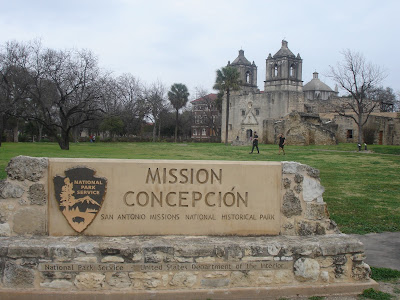 In March, the Engineer’s father and his wife came for a visit, so we had a few outings with them. We of course went to the Alamo and the Riverwalk, but the highlight was the zoo. This time was much more fun than our visit a year ago, mainly because the Little Prince was ready for the zoo this year! He showed an interest in the animals, and kept saying how we had seen flamingoes, fish, bears, etc. We did get to see the okapi this year, as well as the new giraffes! It’s a father giraffe and his two sons who live there now. The downside is that the animals who used to be in that pen were moved, so the rhino and zebras get much smaller quarters than they used to, and I didn’t see any ostriches. Also, we were there on St-Patrick’s Day, in the middle of spring break, and as it turns out, it was the busiest day in the zoo’s history (as we learned in the following day’s paper). I do have to say that the crowds were impressive, and traffic in particular was insane. Keep that in mind if you want to visit San Antonio during spring break… 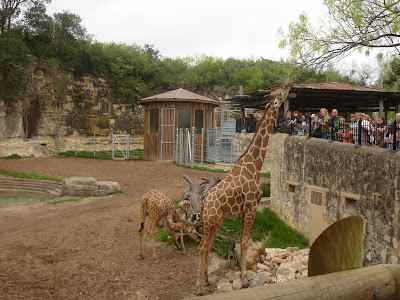 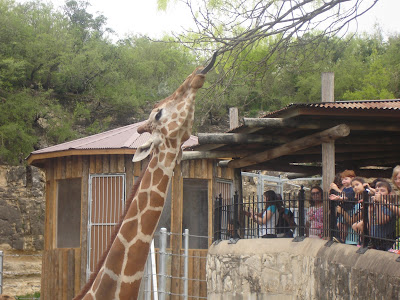 Also, on Easter, we had an unexpected outing to the Palladium movie theater, which housed a replica of the 1960’s Batmobile for the weekend. What a treat for me! If you’re a fan of the old series, check out this collection of bat-labels that appeared on the show. 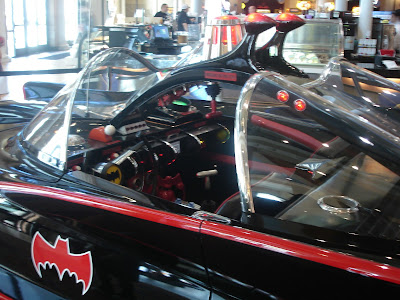 Our April outing was to the King William Fair. King William is a beautiful neighborhood in San Antonio, with old Victorian-style houses and mature trees. I kept wanting to come back and gawk at them, but that isn’t something the Engineer is interested in, so I figured the fair (technically part of Fiesta) was killing two birds with one stone. As it turns out, it was a nice, kid-friendly fair, albeit a little generic (I guess fair food is pretty standard, although there were also interesting pop-up stores). I got to try chicken-fried bacon (because you only live once) as well as a vegan chocolate and peanut butter ice cream from Lick, both awesome. However, the crowds exceeded my expectations and made it a little unpleasant for our family of introverts. I think even event organizers were overwhelmed, because even though we got there pretty early, the official parking lot was full, as were all the other lots in the general area (we managed to find parking several streets away). Local residents probably have only one of two choices: embrace the chaos, or flee the city for the weekend. The owner of the house below had chosen the former approach, and we overheard her telling a passerby that they had gutted and renovated the entire house upon buying it. 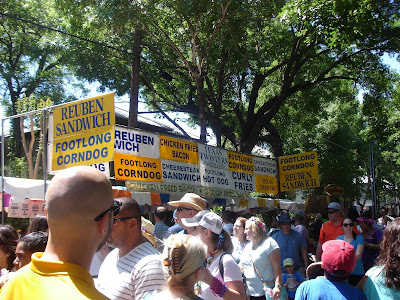 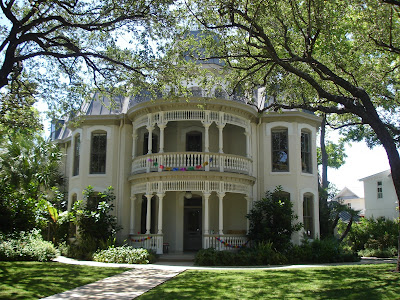 We had planned to go to the aquarium in May, but we never found the time, so that’ll have to be postponed until late summer at the earliest.