Before leaving San Antonio, I tried two new clafoutis recipes. Both were originally gluten-free, but I didn’t have an all-purpose gluten-free flour mix handy so, since I was in fact trying to empty the pantry, I used an equal amount of all-purpose wheat flour.

One was dairy-free and called for ground almonds as well as silken tofu, which I was curious about, but I’ve decided that I didn’t like it nearly as much as regular versions, so I won’t be making it again. 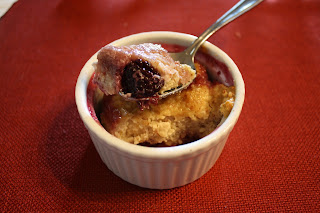 The other was Gluten-Free Girl’s Blueberry Clafoutis, which is adapted from Julia Child’s recipe. I liked this one, and since I didn’t have a gluten-free recipe yet, I’ll be keeping the recipe!

Preheat the oven to 350 °F. Grease a deep-dish pie plate.

Toss the blueberries with the cinnamon and honey and let them marinate for a bit. Set aside.

Pour a thin layer of batter onto the bottom of the prepared pie plate. Put it in the oven and let it bake until the layer no longer jiggles when you shake the pan, about 5 minutes. (This will prevent the blueberries from being on the very bottom of the clafoutis.)

Bake until top is golden brown and batter is set, about 45 minutes to 1 hour. The clafoutis will be puffed up when you pull it from the oven and will deflate as it cools.

Serve warm or at room temperature, or even cold. 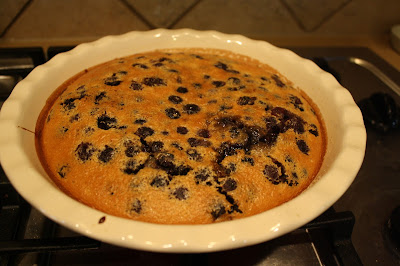 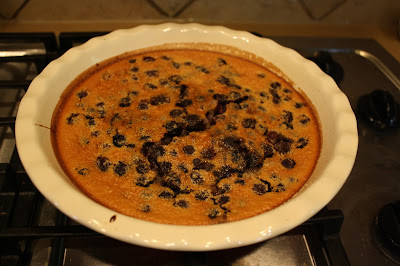 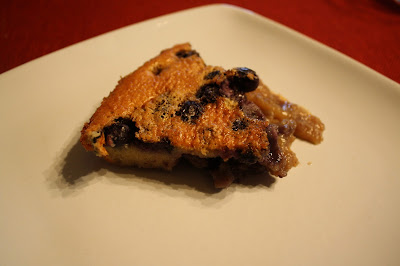