This is a recipe I made for the freezer before the Little Prince was born. I found it via Orangette (where it was particularly à propos, since Molly Wizenberg made it when she was in early labor and it was the first thing she ate after giving birth); it’s originally from the wonderful book Good to the Grain, by Kim Boyce. Obviously, they are made with whole grains: I used the cracked-multigrain hot cereal called for, but I wonder if I could use buckwheat or oats instead. I have a lot of that cereal left, though, so I’ll be making them again! I see them as both healthy and healthy-looking muffins. They are hearty but moist, great on their own or served warm with a little butter or vegan margarine. They make for a great breakfast, or a one-handed snack for a new mother.

Bring 1 ½ cups water to a boil. Add the cereal and salt, and whisk to prevent clumping. Reduce the heat to low and cook, uncovered, stirring occasionally, until the cereal is tender, 15 to 20 minutes. Cool; then set aside ½ cup of the cooked cereal, saving the rest for another use. (You can freeze it in ½-cup portions to use for more muffins later, if you want.)

Preheat the oven to 350 °F. Grease 8 cups of a standard-size muffin tins. (I wasn’t paying attention and greased all 12 cups, and ended up with enough batter for 11 muffins, since I didn’t mound it above the edges of the cups.)

In the bowl of a standing mixer fitted with the paddle attachment, combine the butter and the brown sugar. Beat on high speed until the mixture is light and creamy, about 2 minutes. Using a spatula, scrape down the sides and bottom of the bowl. Add the bananas, molasses, egg, and the ½ cup cooled cereal, and beat on medium speed until thoroughly combined, a minute or so. It may look curdled; don’t worry about that. Add the dry ingredients, and mix on low speed to just combine.

Scoop the batter into the 8 prepared muffin cups. (I use an ice cream scoop to do this, but you could also use a spoon.) Bake for 35 to 40 minutes (or 30 minutes if you’ve got 11 muffins), rotating the pan midway through, until the bottoms of the muffins are dark golden in color (twist one out of the pan to check). Remove the tin from the oven, twist each muffin out, and place it on its side in the cup to cool. This ensures that the muffin stays crusty instead of getting soggy. (I didn’t bother with this, since I was freezing mine, but it’s good advice.) The muffins are best eaten warm from the oven or later that same day. Or, on later occasions, consider warming them in the oven or toasting them lightly before serving. They can also be kept in an airtight container for a few days, or frozen and reheated. 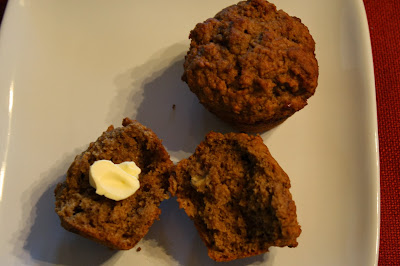 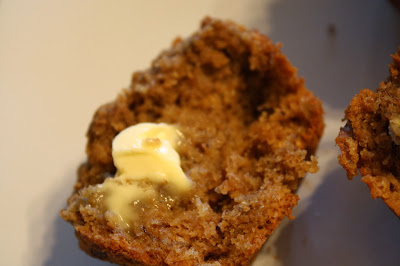