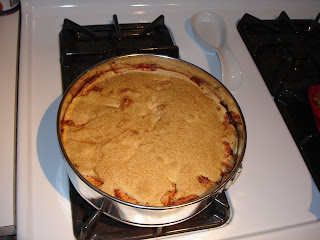 This cake is from Bubbie Gilda’s copy of Second Helpings. I’ll write the recipe with her annotations.

The problem I had here is that I don’t own a 9-inch square baking pan. There was no way the batter and apples would fit in an 8-inch square one, so I used a 10-inch round pan (which is an equivalent of the 9-inch square, according to Martha Stewart), but the batter was spread very thin in the pan. The bottom center part did not bake all the way through (though the sides were perfect). Maybe I didn’t leave the cake long enough in the oven, or maybe the rack was too high. Or it could be the pan, I’m not quite sure (it was metal instead of glass, too). I don’t think it’s the quantity of apples, because we had already established that using 5 made for a dry cake.

That being said, it is a delicious cake, and I think on most days I would prefer it to Apple Cake 1.

Beat eggs, sugar and vanilla until fluffy. Beat in oil. 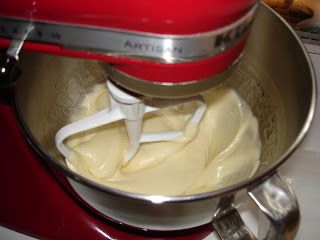 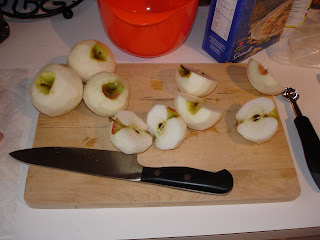 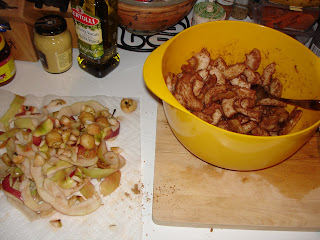 Spoon half the batter in the prepared pan. Spread evenly with a rubber spatula. Add the apples and cover with the remaining batter. 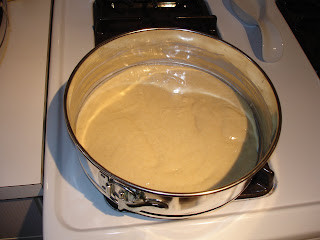 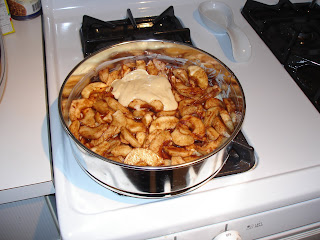 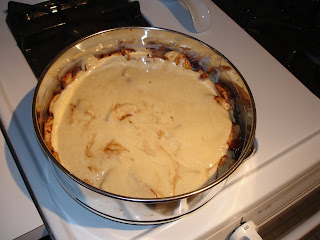 Bake 50 to 60 minutes, until nicely browned. 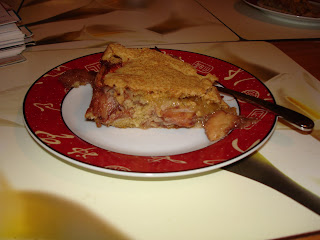