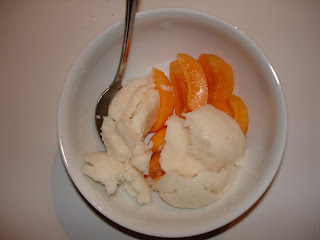 I’ll say it right now: I adapted this recipe from Dessert First, but I haven’t quite gotten it the way I want it yet. It was originally an almond granite, but I wanted a more sorbet-like texture. What I got instead was something that was both crumbly and watery. It is refreshing, though, and certainly different than anything I’d had before. Let me know if you tinker with this recipe, I’ll take suggestions (maybe I should make it into an ice cream?). The Engineer really likes it as it is, though.

Combine the almond paste, sugar and lemon juice in a blender and process until smooth. 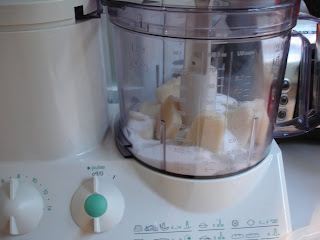 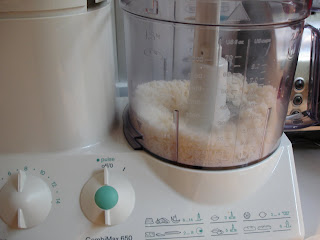 Add the almond milk and process again until smooth. 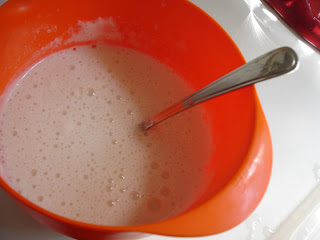 Freeze in an ice cream maker according to manufacturer’s directions, and store in the freezer for a few hours before eating. 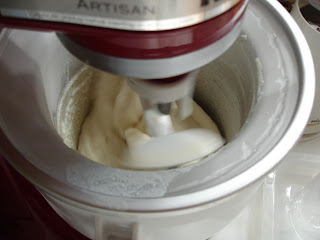 *Note: Commercial almond paste can contain egg whites, so it is neither egg-free nor vegan. However, if you make your own almond paste with a food processor, it is easy to avoid that ingredient, so I’ve kept the “vegan/végétalien” and “egg-free/sans œufs” labels on this post.*
Posted by Amélie at 2:51 PM