It’s been silent on here for a while. We drove back to Texas a month ago, and ever since, I feel like I’ve just been taking care of one loose end after another. Not quite the same as putting out metaphorical fires, but still, there’s been a steady stream of things requiring my attention, and it might let up next week.
We opted to see several things along the way on our drive back, but never stopping more than a few hours in each spot. First up were St. Raphael’s Ruins in Glengarry, Ontario. The church was destroyed in a fire in 1970, but the ruins were solidified in 1974 and are now a beautiful National Historic Site. 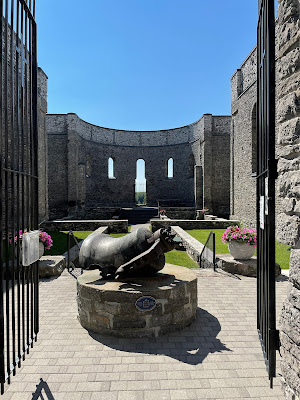 We had dinner at Jack Astor’s and, PSA: they have a vegan chocolate peanut butter tart with coconut whipped cream! I mean, you had me at hello, there was no way I could turn this down, and turned out to be fantastic! 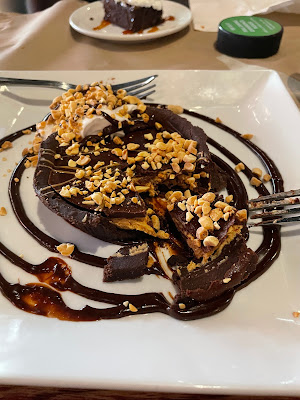 The next day, we crossed the border in what seemed like downtown Detroit, Michigan, right among the skyscrapers, then headed for Belle Isle Park. There was a long line of cars on the bridge getting there; it’s $10 for entrance, but most things after that are free to visit. We went to see the Conservatory, which is full of plants, then went to the waterside. It’s a really beautiful place! I also found the buildings in Detroit beautiful, especially the old houses in the area. (Of course, the neighborhoods themselves are probably not where I’d want to hang out after dark.) 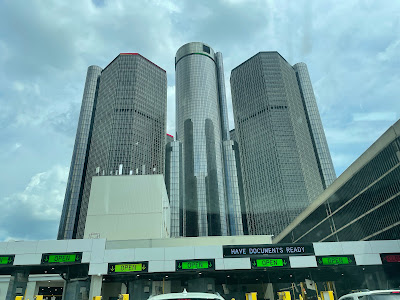 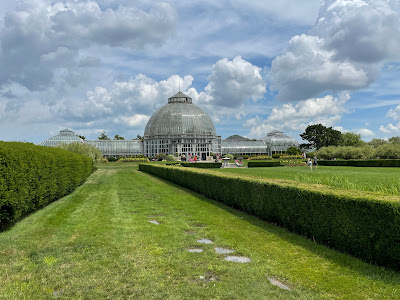 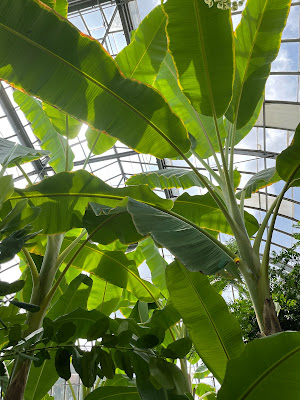 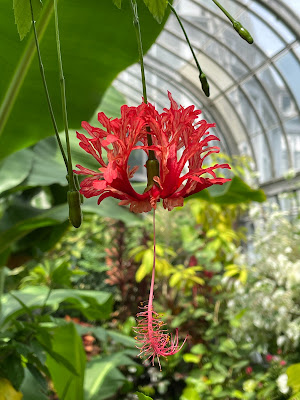 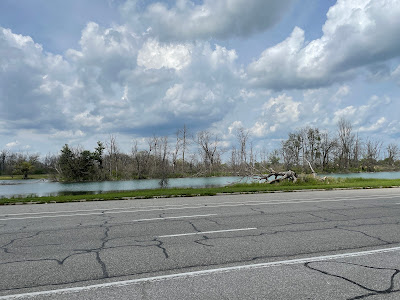 We eventually made a pit stop in Vandalia, Illinois, to see the Kaskaskia dragon, which actually breathes fire if you feed it a token (and tokens are free at the hardware store across the street). It was fun, and not just for the kids! 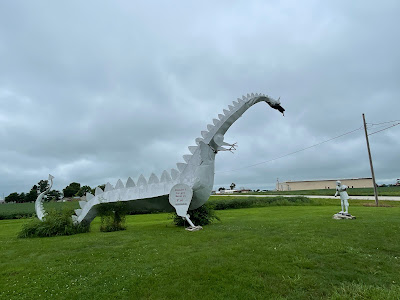 From there, we drove a few hours south to Meramec Caverns in Stanton, Missouri. Not only are the caverns very interesting from a natural and geological point of view, they also have historic significance. Jesse James hid out here for a few days before escaping via one of the many exits, and in more recent history, there used to be dance parties in the summer – there’s a disco ball in the huge main “room”, along with a theater in one of the back rooms. I think one of the big draws is that the caverns are cool year-round, so before air-conditioning, this was a great place to spend a summer evening! The are many wonderful rock formations throughout, including the Wine Table – it is a freestanding formation on three legs, that vaguely looks like a table with wine glasses on it. (There is only one other similar formation in the world, in Italy, and I think that one has two legs.) 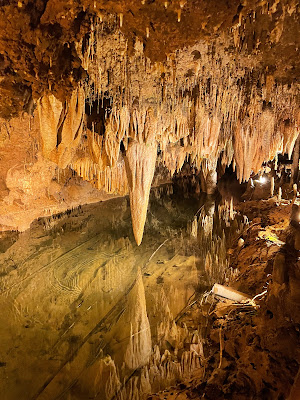 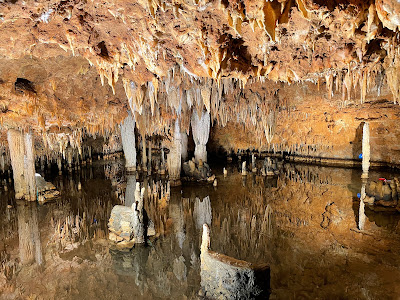 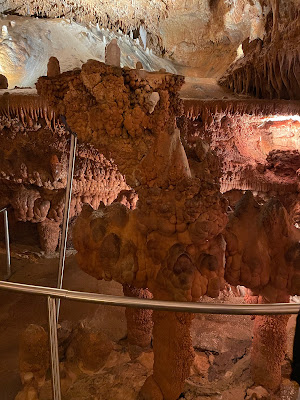 Our last hotel stay was the Great Wolf Lodge in Grapevine. It was our first time there, and officially we billed it as a treat for the kids, but really, we had fun too! For those of you who haven’t heard of the chain, it’s a hotel that contains an indoor water park (there are also arcades and “dry” activities). There were plenty of things for the Fox to do even though he wasn’t tall enough for the biggest slides – in addition to the play structures, there was a lazy river (I made sure to ride with him) and a wave pool (we stuck to the shallow end). I ended up riding most of the slides with the Little Prince and had more fun than I thought I would! The trick was to go as soon as the place opened in the morning, before check out, so as to avoid the long lines. There’s only the biggest slide that scared him too much, so we didn’t go, but hopefully we’ll stay there again and get another chance! The hotel restaurant is a buffet, and the kids were super happy with all the choices. 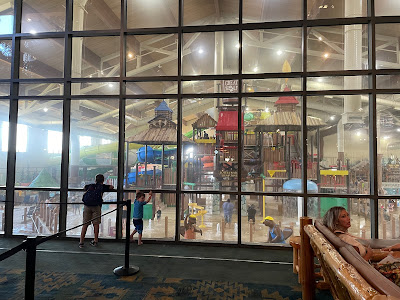 The last leg of the trip had a nice surprise: we randomly stopped for lunch in Hico and ended up at the restaurant inside the historic Midland Hotel. The place was beautiful, the service was perfect, and it was probably the nicest meal we had on our trip. I had a fried green tomato BLT and house fries, and it was great! We then went to nearby Wiseman House Chocolates, which had beautiful and, it turns out, delicious options! They have a small selection online, so I’ll consider placing an order once the weather cools down – their chocolate was really delicious! 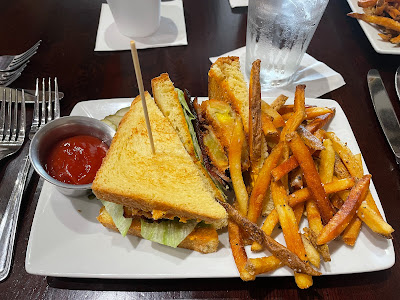 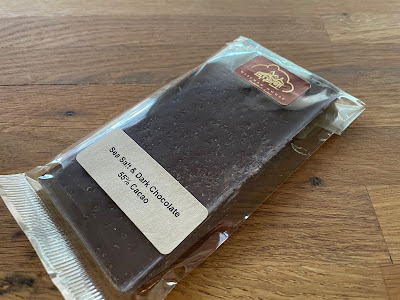