On our way up this year (our first time driving back to Canada since the onset of the pandemic), we made a first stop in Houston. I’ve always wanted to visit, but it still hadn’t happened after over 10 years in Texas! I kept thinking that we could just go on a long weekend, but this year I was forced to admit that the Engineer’s long weekends somehow never coincided with the kids’ long weekends, so if we wanted to visit, we had to make it happen in the summer.
Our first stop, immediately following a nice lunch at nearby London Cafe, was Seismique, an immersive experience with light and sound. (To be honest, we also considered Candytopia, but decided that only one of the two was in our budget. Luckily, the Engineer had the brilliant idea to look up detailed YouTube videos of both visits, and Seismique was more up our alley.) Let’s get the downsides out of the way: first, it’s expensive. Second, it isn’t built with a logical path in mind, meaning that in order to see the whole thing, you’ll have to pay attention, double back, and follow along on a map. Except they don’t give you a map, they instead rely on you to download their app and use their cartoon map – the app is also necessary to interact with some displays, but others can be activated physically. Third, no backpacks or large bags are allowed, so plan accordingly.

That being said, we really enjoyed our visit! The kids AND grownups enjoyed interacting with the lights and various exhibits. We loved the huge crocheted play structure, even though only the kids could use its full potential (and the Fox predictably got stuck at the top at some point, but we managed to coax him down). Really, apart from a few exhibits that were either hard to operate or not working well, everything was fun! 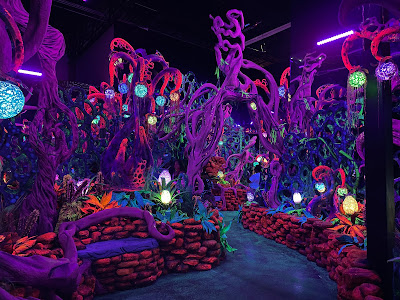 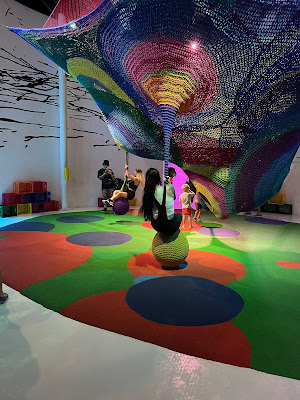 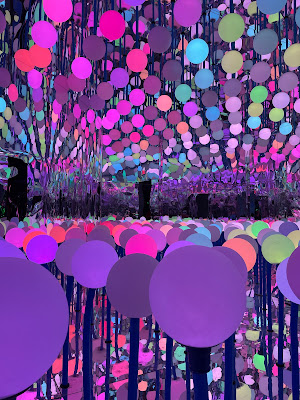 We then ended the day by walking around Discovery Green, a large park downtown. There are green spaces, a pond, a playground, a splash pad, small cafés, sculptures, etc. It was a really pleasant way to unwind! Note that if budget had allowed, we would have booked a room at the adjacent Mariott Marquis Houston, which has a rooftop lazy river shaped like Texas! We then had dinner at nearby The Rustic. The openness and fans made us comfortable, and given that we had reached our noise quota for the day, we were glad there were no live performances that night. The food was good, albeit spicy. 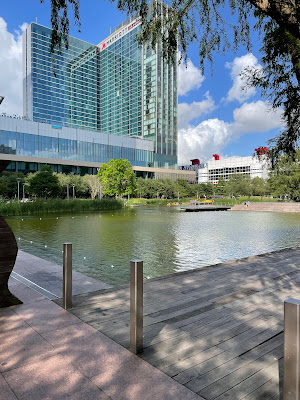 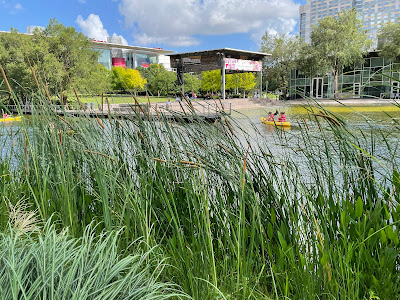 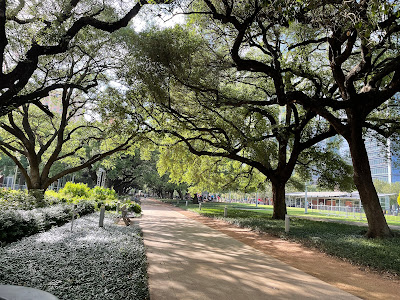 We started off the next day killing some time at the McGovern Centennial Gardens, which were really beautiful, especially the knoll with the spiral path! We then walked to the Children’s Museum Houston when it opened. The Engineer had suggested it the day before, so it wasn’t part of our original plan, but it’s a really nice museum, and I’m glad we went! We also had lunch there before walking back to the car. There were many other museums in the area that looked interesting and inviting! 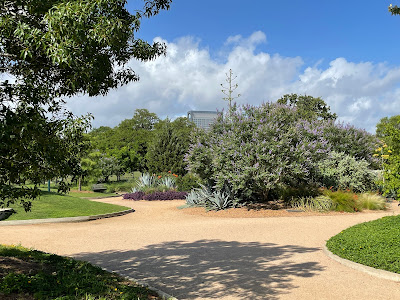 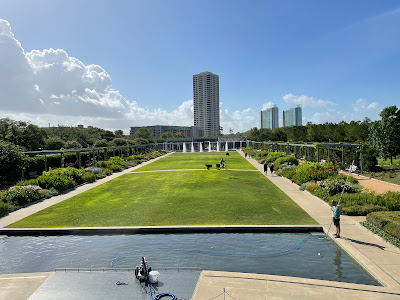 We then made a pit stop at the Rothko Chapel, a non-denominational place of worship and contemplation. The grounds are beautiful, and the inside of the chapel was more like a room in a modern art museum than any church I’ve been to. There is a skylight, and benches are arranged in concentric circles in an octagonal room. The white walls are decorated with what, at first glance, look like large rectangular canvasses painted black, but when you look more closely, you realize that one of them is actually purplish and has lighter brushstrokes, one is actually a burgundy rectangle on a dark grey background, etc. We walked around outside, but sadly, the adjacent Menil Collection was closed that day. 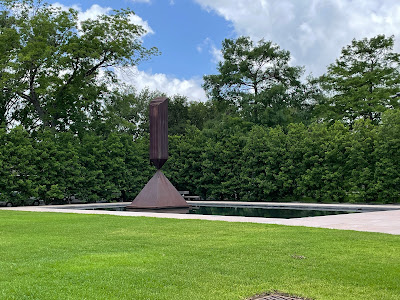 Finally, we drove to the main event: the Space Center. I’m not a NASA buff, more of a casual fan, but this was really interesting to me. You can visit Space Shuttle Independence, a high-fidelity replica of shuttles used by NASA in previous programs. You’ll learn a lot about previous missions as well as current conditions on the International Space Station, about space and the NASA in general… You can even touch a rock from the Moon! We didn’t take the tours of the grounds because by then, we were all tired (especially the kids), so we went back to the hotel for a swim before dinner. I really liked Houston! 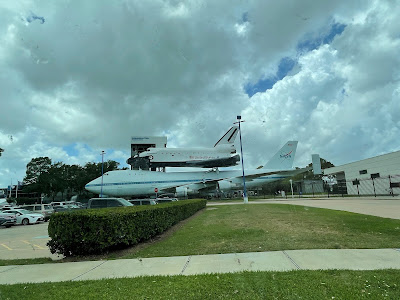