We spent a day in Atlanta on our way north this summer. I’d been meaning to visit for a long time, and I’m glad I had my family with me!
Our first stop was the Georgia Aquarium. We were blown away! In addition to all the exhibits, we caught the sea lion show and the 4D movie (4D means that there are 3D glasses as well as physical interventions like bubbles, wind, and sprays of water, to make the experience more immersive). We also saw the dolphins and belugas and sea dragons and more fish that I could possibly name or count. Many of the tanks have special viewing stations for kids built right in – we’re talking tunnels and acrylic domes leading right into the tank!
The absolute best part for me was the huge tank with whale sharks. It starts with a tunnel into a tank that has huge rays, sea turtles, sharks and other fish, and every once in a while, you can see a whale shark in the distance. These are the biggest fish in the world! I remember seeing them in National Geographic magazines when I was a kid, but I never thought I’d get to see a real live one! I felt like the paleontologists from Jurassic Park when they first see the live dinosaurs! Eventually, you make your way around to a huge acrylic wall, at least two stories high, and then you can observe the pair of whale sharks in all their glory (along with a hundred other fish). It was absolutely stunning! I think if I lived in Atlanta, I’d get an annual pass and come here first thing in the morning once in a while, before the crowds. 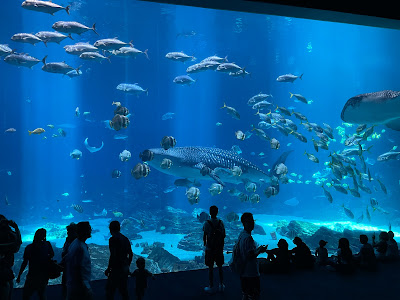 There was another tank with white-tipped sharks and hammerhead sharks swimming alongside a school of fish, and that was also very impressive (pardon the ambient noise).
Then, we went to the World of Coca-Cola, which is right next door. I used to have a collection of Coca-Cola items (I technically still do, but it’s been whittled down a lot) and I had been meaning to visit this place for years and years, so I couldn’t miss it. That being said, if you are not in that situation, I have to admit that the visit might not be worth it for you. In a nutshell, there are some Coca-Cola artefacts, exhibits about the history and fabrication, more interactive exhibits about the art and honing your sense of smell… The highlight is that tasting room at the end of the tour: there are several soda fountain stations, each with ten or so drinks that Coca-Cola makes in various countries, and you get to walk around and taste as many as you want! I really enjoyed the red punch from Korea (the blackberry soda from Malawi deserves a special mention too), but was less keen on the apple soda from Germany and the Beverly soda from Italy. 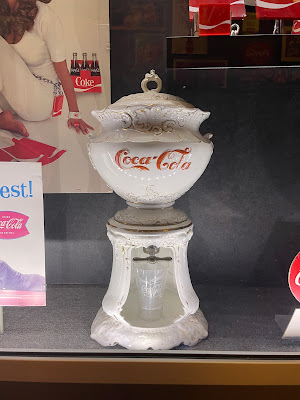 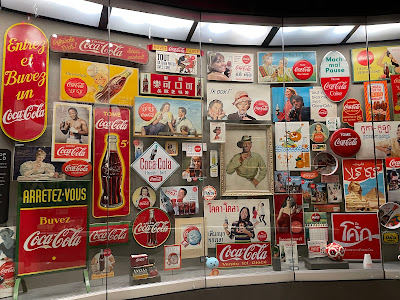 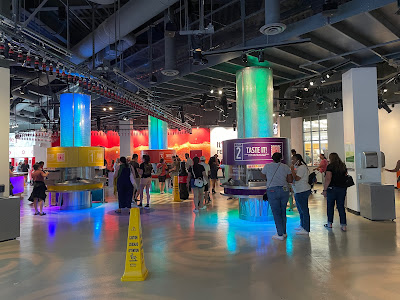 I also walked around a bit in Centennial Olympic Park, which was beautiful, albeit not peaceful like Discovery Green. It was mid- to late-afternoon by then, and there were a *lot* of people carrying clipboards and asking for donations for various organizations, with such insistence that it felt a bit aggressive. So I’m aware that I only saw a very small sliver of Atlanta, but overall, I loved it! 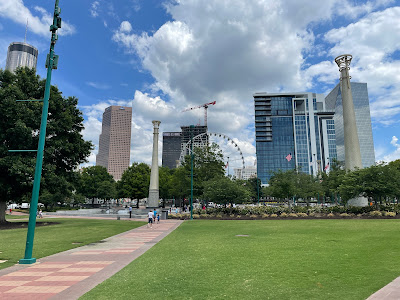