Still knitting from the stash

I spent much of the spring knitting two sweaters for myself, which I have now decided to frog, so more on that later. Meanwhile, there was a fresh batch of babies due in late August-early September (5 in all, including a set of twins), so I took a break from my adult-size sweaters and knit some baby-sized ones, using some yarn from my stash. 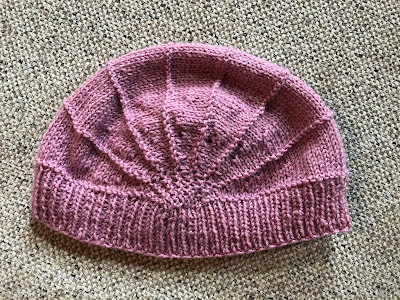 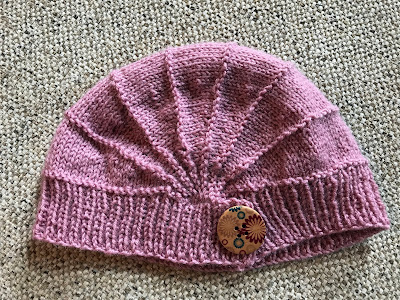 First, I made this Poppy hat, which I embellished with a button (also from my stash). It was a bit weird to knit, as it’s essentially knit from front to back, then you pick up stitches to make the band that brings it all together. The yarn I used was leftover from this robot sweater – I believe it’s Phildar Pronostic +, in Bois de Rose colorway. I had barely used any of the skein, and needed all of the remainder to make this hat for a little girl, so it was perfect. If I’d had any more, I might have knit a flower as an embellishment instead of a button, but it was not to be. I still like the result! It could easily be adapted to an adult size, too (actually, I think it’s included in the pattern). 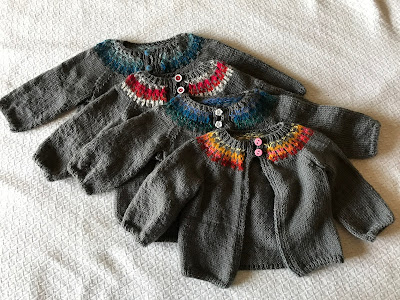 Then, I was looking for a baby sweater pattern that I could make with scrap yarn, so I went with Purl Soho’s Baby Fair Isle Cardigan. I didn’t have enough of any yarn to be the main color, so I bought 3 skeins of Cascade Heritage in Smoked Pearl at 100 grams each. To knit the 6-month-sized cardigan, I needed about 70 grams of it, so the 3 skeins gave me enough for 4 cardigans, with a bit left over (using up the yarn stash is a Sisyphean task, isn’t it?). I did get to finish off a few of my scrap yarns, but hardly made a dent in others, because you really only need a few yards of each color, if that. I got to practice my stranding on the back of the knit, and I am so pleased with how neat it is! 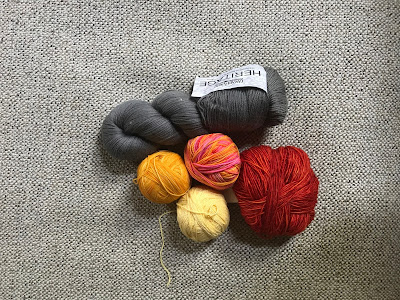 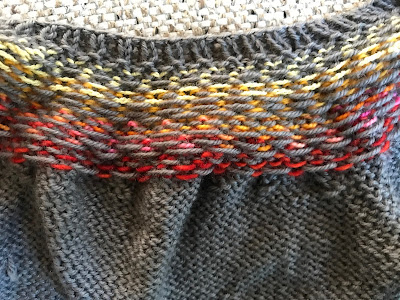 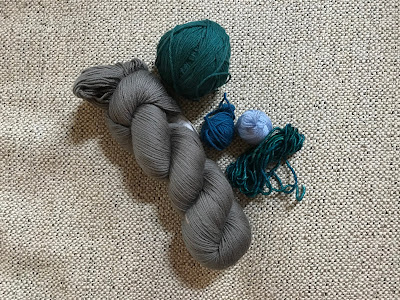 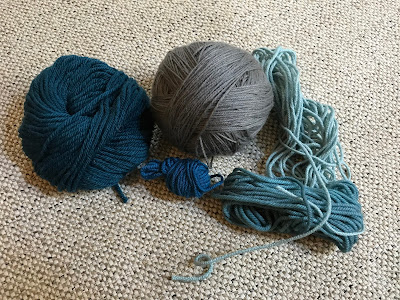 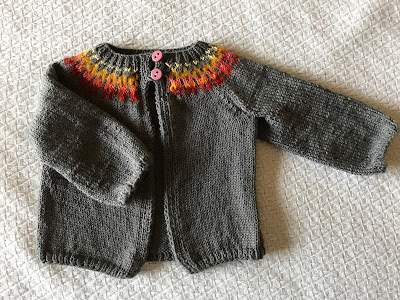 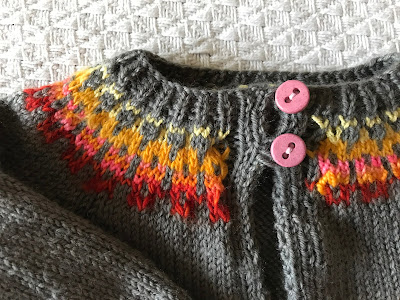 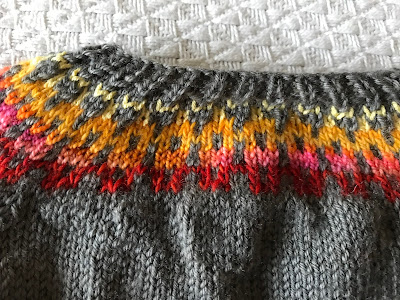 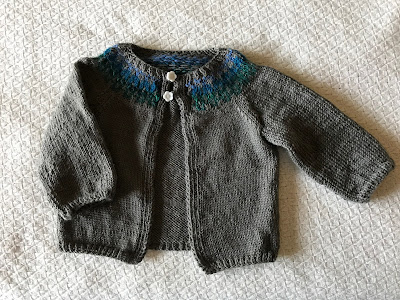 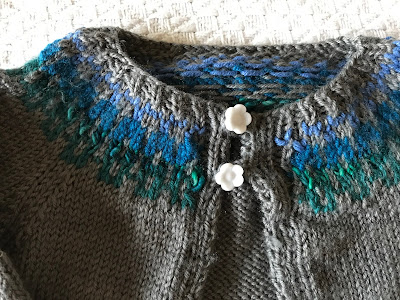 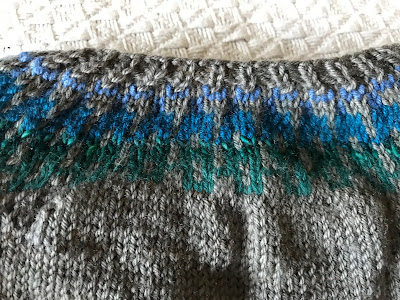 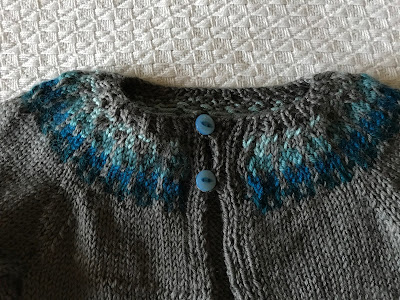 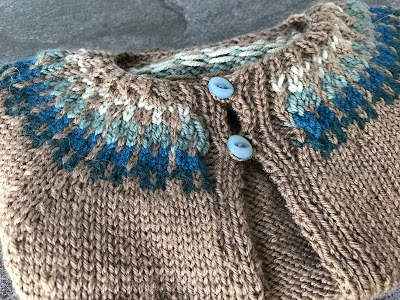 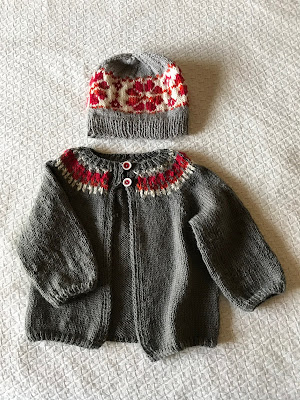 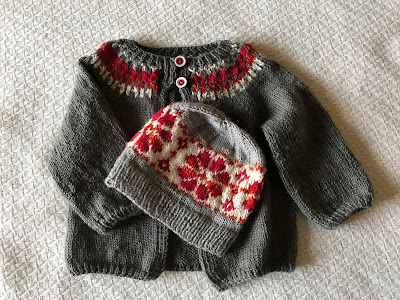 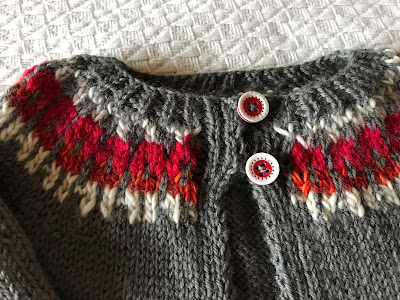 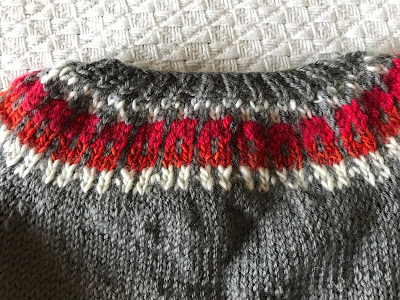 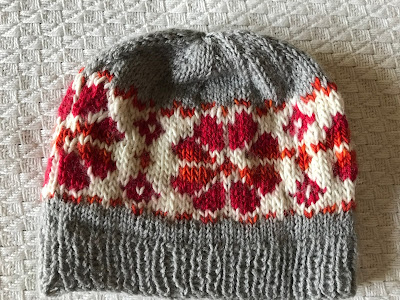 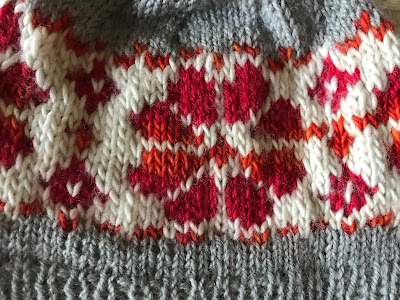 The hat pattern is Giacomo’s Baby Hat, which I made with only yarn from my stash (but I didn’t have enough to make a pompom). The fair isle pattern was easy to follow; the only thing I changed in the pattern was to make the ribbed edge of the hat longer. I really loved this one!
Finally, I learned a new skill: felting! I had received this black sheep felting kit from the Engineer, after putting it on my wish list last Christmas (it also comes in white). It’s from Bear Creek Felting, and they sell lots of other cute kits on their Etsy page. This was a great introduction to the how-to of felting, and the finished result is really great for a first attempt! 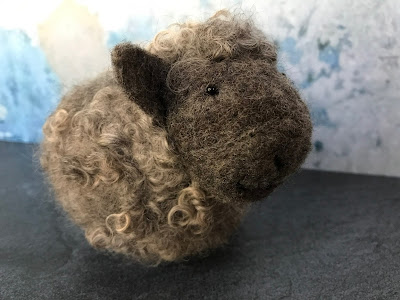 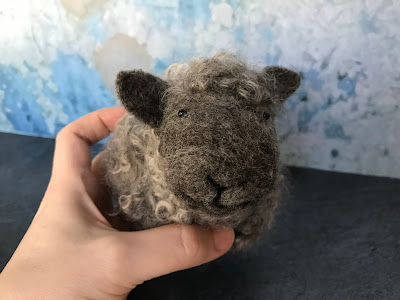 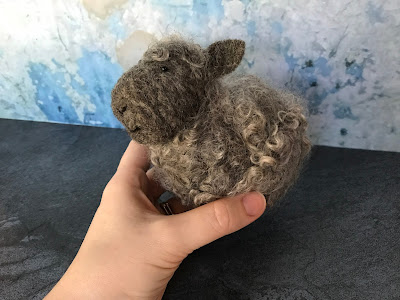 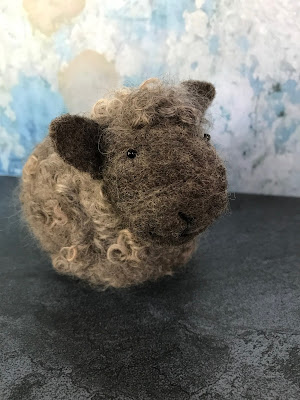