I rarely make my own sauces. I think I don’t eat much meat that would call for gravy (even on Thanksgiving, there’s a 50-50 chance I’ll bother making it), and I usually think it’s not worth the hassle to make one’s own ketchup, barbecue sauce, etc. Every once in a while, someone will say they have *the best* recipe, but that can be a let-down (like this South-Carolina style mustard barbecue sauce, which was surprisingly spicy and not AT ALL what I like eating).

However, one sauce that I couldn’t get out of my head is the Cheesecake Factory’s tamarind-cashew dipping sauce, a.k.a. crack sauce – it’s that good. It’s been a very long time since I’ve been there, though; I think I was still pregnant with the Fox? And there is always such a crowd that I don’t find it pleasant to go there with kids. I decided to look online for copycat recipes, then eliminated a lot of them from the get-go for a simple reason: while they had tamarind and cashews, they did not have any herbs, but the sauce I want is bright green with cilantro. I did find this one that seemed to fit the bill, so I tried it. I changed it a tiny bit, using tamarind concentrate paste instead of fresh tamarind, and using ½ tsp. of black pepper instead of 1 tsp. Ladies and gentlemen, this is it. Crack sauce – which, because I have kids, I might have to call by its proper name. Or maybe green sauce, since it’s Saint Patrick’s Day and all. It is fantastic! It is just as good as the original, and relatively easy to make at home – the hardest part will be deciding how often to make it!

It keeps well in a sealed jar in the fridge for a week, maybe up to two if you can refrain from eating leftovers that long. I served it first with a simple salad of cantaloupe, red bell pepper, and a bit of red onion (like this one), then later with a burrito bowl (recipe to come). It’s great as a dressing or a dip.

Combine the cashews, cilantro, garlic, green onions, sugar, black pepper, and cumin in a food processor (I used my blender). Blend with short bursts until the mixture is well blended, and the cashews and garlic have been chopped into pieces about half the size of a grain of rice.

Combine the honey, white vinegar, balsamic vinegar, tamarind, and saffron in a small bowl. Heat the mixture for about 1 minute in a microwave, then stir until tamarind paste dissolves completely. (I did this in a small saucepan over low heat.)

Pour mixture into the food processor and mix with cashew mixture for about 20 seconds. With the motor running, slowly drizzle in the olive oil to emulsify. Transfer to a jar and refrigerate for at least 30 minutes. 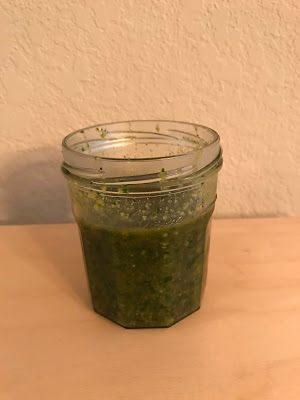 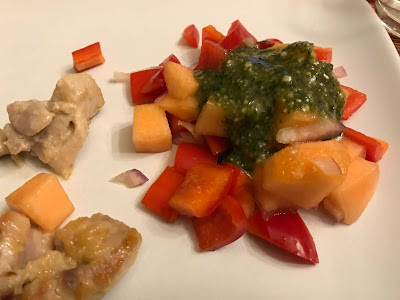 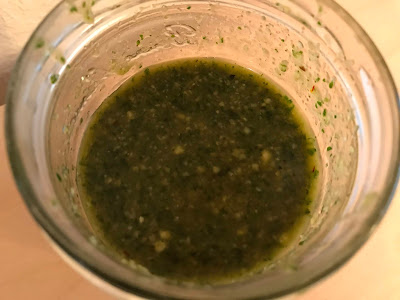