Here’s a quick recap of our outings so far this year. I should really create a new tag for those… Anyway, we may or may not have an “official” outing in May, but we’ll almost certainly hit a few spots like the River Walk and the Doseum when my mother-in-law visits, so those might have to do.


In January, we went to the San Antonio Botanical Garden. Even though it was a beautiful day, it was low season, so there were very few people – this suited us, as we don’t like crowds. There’s still plenty to see, though! For one thing, the citrus is in season, and there’s plenty indoors as well. 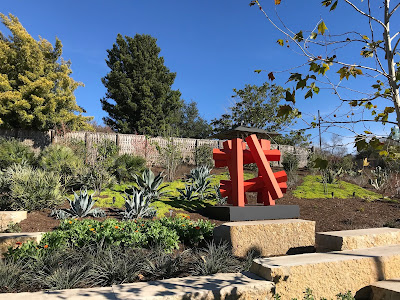 Unbeknownst to us, Geometric Harmony, an exhibit by Otto opened that day, so there were modern sculptures on the grounds. It was also our first time visiting the new Family Adventure Garden, which opened last year. There’s a space called No Name Creek which is actually a splash zone in the summer, but dry in the winter – as far as I’m concerned, I’m glad we were there when it’s dry, because I really don’t want to have to schlep swimsuits and towels when I go to the botanical garden with my kids! There are lots of play houses and child-size picnic tables and structures for the kids to have fun, so we really enjoyed our time there. 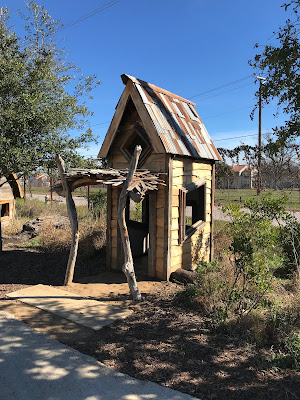 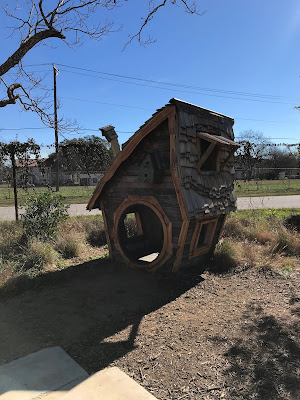 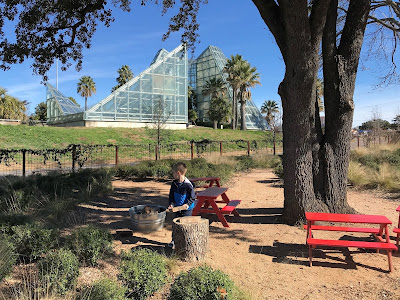 We also visited parts of the garden that we had seen before, but it was the first time for the kids. We stuck to the glasshouses of the Lucile Halsell Conservatory and the Orangerie, then made our way back via the WaterSaver Garden and the Rose Garden (the Kumamoto En Japanese Garden was closed that day). We had seen the lake before and decided to skip it this time, especially considering that the Little Prince was getting tired of walking and we were all getting hungry. We had lunch at Rosella at the Garden (which I think is the former Carriage House restaurant); they had great brunch options, and we really enjoyed the meal. It was a nice way to cap off the visit! 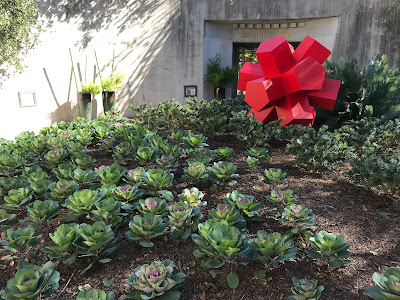 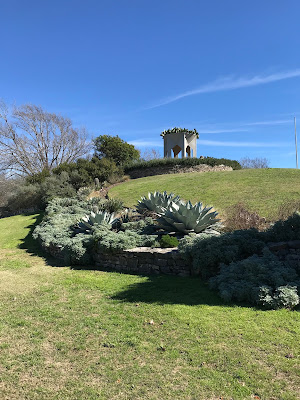 We then had a few outings consisting of taking family photos in a field of bluebonnets (and driving around to find said field, only to settle for one within walking distance), and going out to a picnic at the playground, so we’re rolling that up into one and counting it as February. 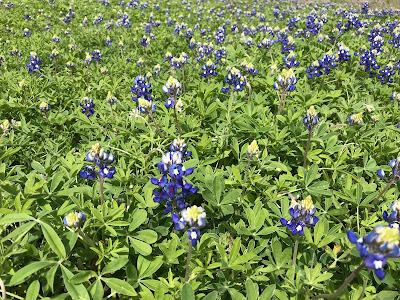 In March, we went to the Science Mill in Johnson City. We went on a Sunday, so it wasn’t too busy. This old mill has been turned into a children’s museum, with exhibits in the STEM fields. I think that our favorite exhibits ended up being outside: the colossal robotic hand and the incredible ball machine are must-sees, though the Little Prince was probably more into the fossil dig at the end, even refusing to leave because he was having too much fun in his adventure! 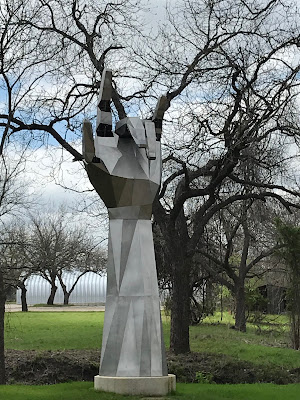 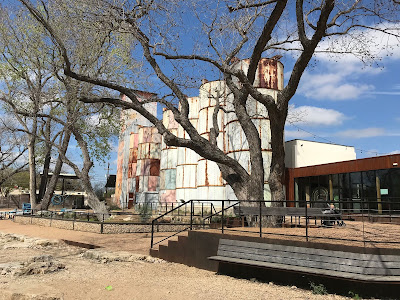 The April outing was Landa Park in New Braunfels. I had been thinking that it had been a while since we rode a little train here (even though we did ride one in Vancouver), but I wanted to go someplace new, so Landa Park it was. The park is 51 acres of big oak trees, grass, and water (Landa Lake and Comal Springs). There are playgrounds for the kiddos, and you can fish, swim or rent a paddle boat if you are so inclined! The Engineer and the Little Prince played a round of mini-golf; there are also volleyball courts, BBQ grills and walking paths. We enjoyed our visit! 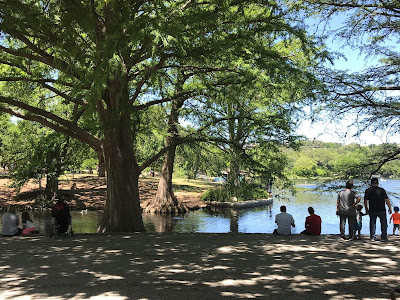 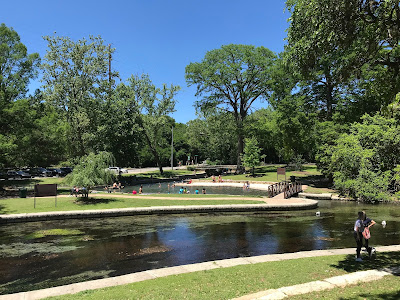 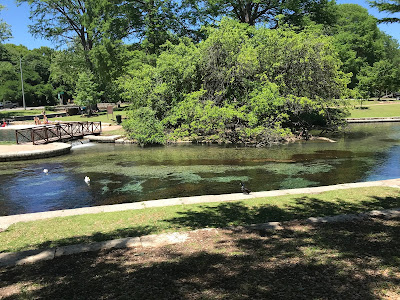 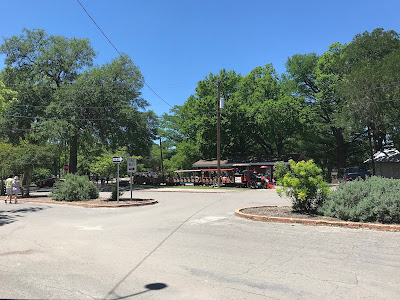