I felt like making a good lemon pudding cake a while back, so I tried Cook’s Illustrated’s version, but I was underwhelmed – and I think no one else really liked it. Same thing happened with this lemon-soufflé pudding cake. So eventually, for old time’s sake, I made Daisy Goodwill’s lemon pudding (from The Stone Diaries by Carol Shields), but it wasn’t as I remembered. I gave up for a while, but eventually the urge to get this right became quite strong, and I ended up googling a good recipe. I settled on this one right here, which was just what I was looking for. It only makes 4 (big) servings, though, so it won’t last long… The kids didn’t really like it, but the Engineer and I gobbled it up!

Pour mixture into ungreased 1 ½-quart casserole dish. Place casserole into 13x9-inch baking pan. Place baking pan on oven rack; pour boiling water into baking pan to ½-inch depth. Bake 45-55 minutes or until golden brown (I left mine an extra 10 minutes because it was still too wobbly). Remove casserole dish from water; cool 10 minutes (longer, in my case; the Engineer prefers his served cold). Sprinkle with powdered sugar, if desired. 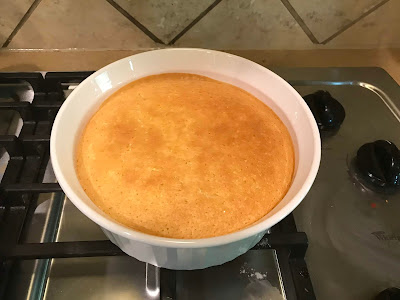 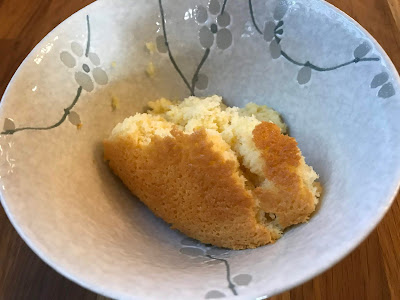 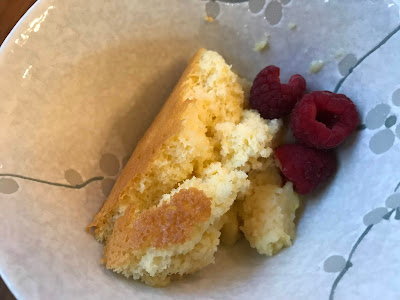