Hello everyone! It’s been almost a month since I last wrote, but it’s not because I had nothing to write. I just can’t seem to find the time! We spent a few weeks in Montreal over the holidays, and even though it was relaxing and less work that being at home, I still didn’t exactly have much “free time” (I did get to complete two images on a coloring app while watching the evening news, which is as much as I had colored in the entire previous year, but that’s not time when I would have blogged anyway – I guess it basically replaced knitting). I think the main reasons I have less free time these days are that I have two kids (duh) and also that I’ve been spending more time in the sewing room, completing projects in an effort to declutter. On the bright side, it’s working, and I think I’m finally seeing the light at the end of the tunnel, but on the downside, well, obviously it’s taking time from something else. So here’s a look back at some desserts I made before the holidays, with a blondie recipe that is definitely worth making.

I tried almond cloud cookies, which I found much more sticky than chewy – so much so that I dubbed them “dental emergency cookies” and stopped eating them after the second one because I was genuinely afraid of losing a filling or a crown on those things. Maybe it was just too humid when I made them. 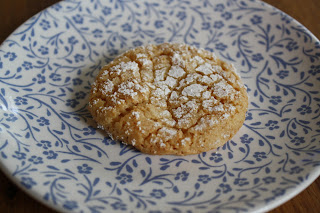 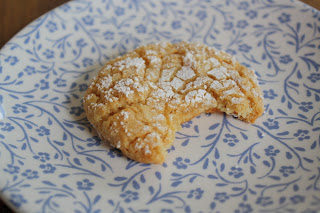 I also tried puffy peanut butter chocolate chip cookies, which were just okay – I actually thought they lacked peanut butter. (Honestly, I could have sworn I’d posted a similar recipe already, but can find no record of it.) 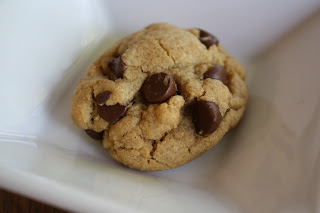 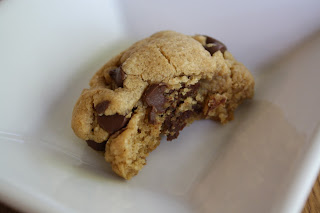 There was also a new brownie recipe, and while the Engineer and the Little Prince liked them well enough, I thought they were disastrous and much prefer my stand-by. I’m also starting to think it’s odd that so many people are wrong about what good brownies should be (there’s the great fudgy vs. cakey debate, frosting, etc., and I know what I like).

So perhaps because I was still thinking of brownies, I decided to make blondies with a sweet potato base. They seemed both healthier and more satisfying than the regular version, plus I knew that the Fox would enjoy any leftover sweet potato purée! As it turns out, these were definitely a winning dish. I’ll be making them again!

Bring several inches of water to a boil in a large saucepan fitted with a steamer basket. Add sweet potato to steamer basket, cover and cook until tender when pierced with a knife 14 to 18 minutes. Cool completely. Transfer to a food processor and purée until smooth, scraping down the sides as necessary. You will only need 1 ½ cups purée for this recipe; reserve any remaining purée for another use (if I didn’t have a baby to eat it right now, I’d freeze it for later).

Beat sugar and butter in a large bowl on medium high speed until smooth. Add sweet potato and beat until smooth. Beat in egg and vanilla. Add flour mixture and beat on low until just combined. Stir in chocolate chips by hand.

Spread dough into the prepared baking dish and bake until golden and set up, 22 to 26 minutes (this took longer in my oven – I’d say to bake for 30 to 35 minutes, but even then, my blondies were still borderline too moist, so use your best judgement). 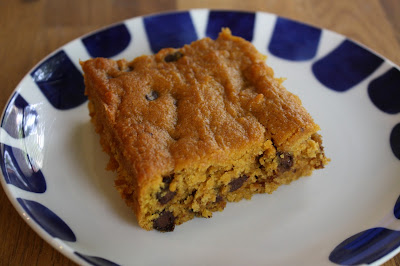 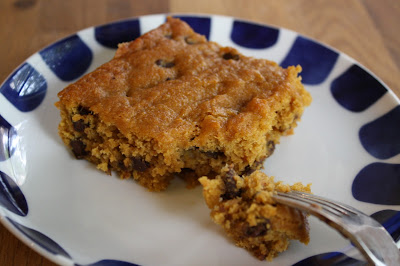