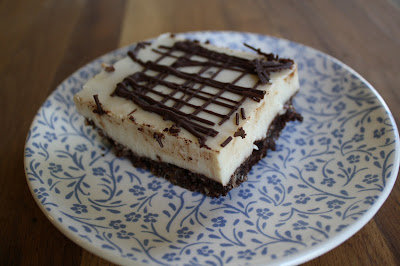 Have you heard of haupia? It’s essentially a Hawaiian dessert made with coconut milk that has been thickened to a gelatinous consistency. It’s the kind of thing that, at a buffet, I would avoid just because I don’t know whether it’s dairy or not. This recipe, though, is dairy-free – heck, it’s vegan and paleo, so enjoy! Just remember to make it a day ahead to give it enough time to solidify. The crust came out a bit too dry and crumbly for me, so I’d use more dates next time, or less cocoa, and refrigerate it until the filling is ready. I think this would also work with another type of chocolate crust if you wanted to make something without nuts and with flour, for example. In any event, everyone here liked it!

For the chocolate crust
Pulse the nuts in the food processor, leaving a few small chunks. Add the dates and process until creamy. Add the cocoa and process one last time until well combined. Spread evenly on the bottom of an 8”-square pan lined with parchment paper. Set aside in the refrigerator.

Remove from heat and mix in the vanilla extract. Slowly pour mixture over the crust and refrigerate overnight or until the coconut layer is firm.

Cut into squares and drizzle with melted dark chocolate. (I decided to drizzle the chocolate on top before cutting the bars, as it’s less messy.) 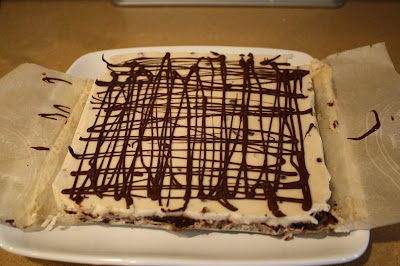 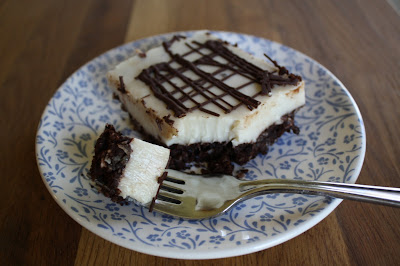