Chocolate Cupcakes with Beet and Kale

I made these chocolate cupcakes with beet and kale a long time ago – according to my picture files, it was Valentine’s Day. The reason I didn’t post about them is because I made them with a tofu frosting. There are many recipes out there, but the one I was trying out was a silken tofu whipped topping, and I ended up making it three different times because it kept failing and I wanted to get it right. And this was more complicated than it sounds. The first time, I made it with leftover soft tofu that I was trying to use up (which I thought worked out well, since I was making these cupcakes to use up leftover kale in the first place). The result was basically liquid, though, and the recipe does call for extra-firm tofu. So I tried it again with extra-firm tofu, but it was an abject failure as well. Then, looking at the name of the recipe, I figured I needed to buy extra-firm silken tofu – it can be hard to find in stores, but it’s easy to buy online, and since the packaging is shelf-stable, it’s pretty much indestructible. But it was still a failure, so at that point, just forget it – three strikes and you’re out. As you can see from the pictures, it was still very liquid (even without adding any soy milk), and it didn’t even taste good. 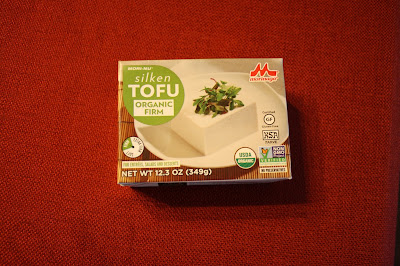 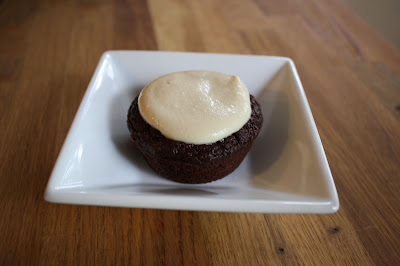 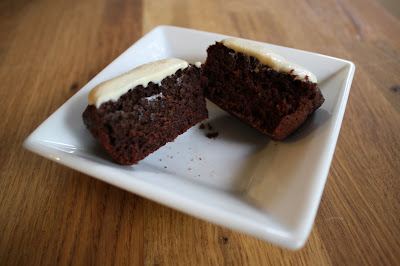 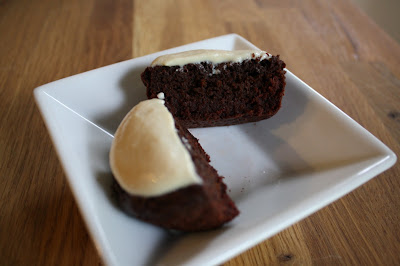 Back to the cupcakes themselves. The yield was supposed to be 16 cupcakes, but I got a whopping 30 cupcakes, which I actually had to bake longer than what the recipe said. The most obvious explanation is that I had too much beet purée. The recipe only called for “2 medium beets”, without giving a weight, so that’s the kind of thing that was bound to happen! That being said, even though I could taste the beets, it really wasn’t an unpleasant taste, especially with the chocolate. I couldn’t taste the kale at all. The cupcakes had a nice dome when they came out of the oven, but then they deflated and were very moist and not too sweet. So I actually like these cupcakes, even though they didn’t come out as expected! I liked them plain and I’d consider a vanilla buttercream-type of frosting. They keep well in the freezer.

Preheat oven to 375 °F. Place beets in a baking dish and roast for an hour, or until you can pierce with a knife of fork. Reduce heat in oven to 350 °F. Line a muffin tin with liners or grease with nonstick cooking spray (see note above – I used 2 standard muffin pans, which I had to switch out halfway through baking, and I made 4 more cupcakes after that).

Once beets have slightly cooled, peel the skins off. Cut into chunks and place in a blender or food processor. Add water and kale and blend until fully pureéd. Set aside.

In a large mixing bowl, beat the applesauce, sugar and honey together until mixed. Add eggs and vanilla and beat. Once mixed, add the beet and kale purée and stir with a wooden spoon to combine.

Fill the muffin cavities about 2/3 to 3/4 of the way full with batter. Bake for about 18 minutes, or until a toothpick inserted comes out clean (it took over 20 minutes for me). Let cool completely. Once cooled, frost with your favorite frosting and garnish with chocolate shavings, if desired. 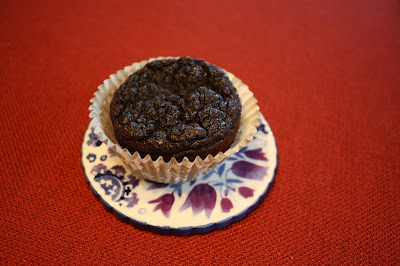 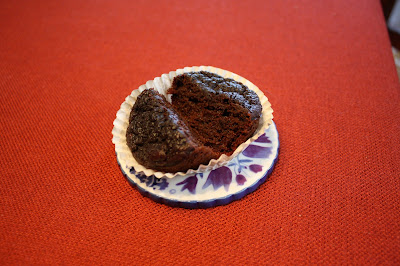