Back in the saddle

Well, Jen was right: owning a house is a lot of work. It seems like all we’ve been doing these past two weeks is making lists. Lists of things to do, things to buy, things to finalize. Call the utility company about that gas smell (which was, in fact, a small leak), get the internet access set up, send in the umpteenth document for our mortgage loan application (which was finally accepted). As soon as we complete everything on a list, we have to start a new one – on the exact same topic. We had to buy a clock for the living room, and lamps for the bedroom. As soon as those were crossed off the list, we had to buy a power drill to install the outdoor sensor for the thermometer that comes with the clock (which will help me learn Fahrenheit degrees in contexts other than baking), plus a power cord and light bulbs for the lamps. Insurance company, Sears delivery, Texas DPS to report our change of address. Storage bins, cleaning supplies, pruning scissors. It’s never-ending – but it’s fun.

I really like our new neighbourhood, too. It’s further out of town than I ever expected to be (I’m a city girl), but it’s easier for me living in the suburbs in San Antonio than in Montreal, because in Montreal, I already had all my hangouts downtown, on the Plateau and in Côte-des-Neiges. Here, I’m still getting used to the city, and even though I like the Quarry or the Riverwalk, I don’t mind as much knowing they’re not as accessible as they would be if I lived in a more central location. And it’s really nice taking walks with Darwin in the early mornings. I like going out before 8:00am, when it’s not too hot, everything is still quiet and it feels like we have the place to ourselves. The streets are quiet at any time, but because there’s so much nature around the neighbourhood, early mornings increase our chances of seeing wildlife like deer; I’ve seen several bucks and does, and one fawn. (We’ve got the best of both worlds, because even though there are a lot of deer around, our house is in a cluster of houses that all have 6-foot fences around the backyards, so the deer don’t actually eat any of our plants.) I also saw a small snake, hummingbirds, a leaf insect, and toads, of course. Darwin loves chasing toads, but I don’t let him catch them. And we have an adorable little gecko that comes to our window almost every day. 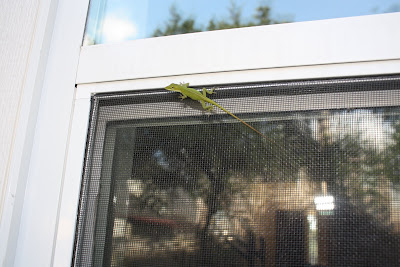 The vegetation is great, too. I’ve seen cacti and palm trees, though they’re more decorative than anything else. But the decorative plants that really got my attention? Rosemary bushes. In a little park with a bench, where I walk every day to go get the mail (the area really is more rural that I would like to admit). I just love that! I think I’ll plant my own rosemary in the backyard. And I’ll definitely look into getting a small lemon tree, as it seems the climate would support it. 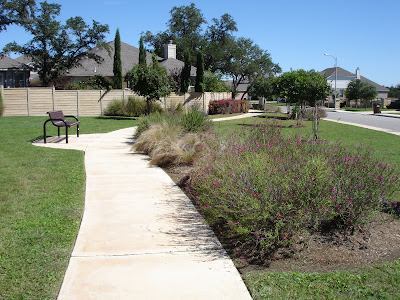 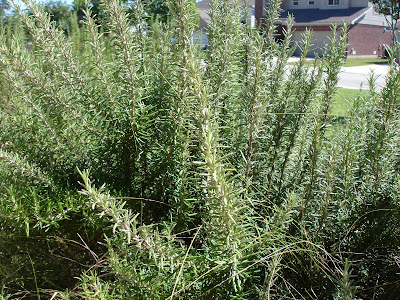 Also, the previous owners forgot something (it fell in the back of a drawer and got stuck; I only found it while cleaning the cupboard underneath it): the biggest cinnamon sticks I’ve ever seen. I’m not even sure it’s real cinnamon, as there’s no species name on the packaging. But I’ll make room for them in my spice collection! 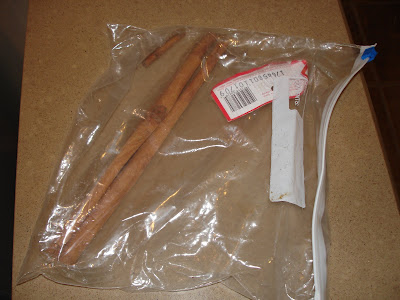