Our household so far

I teased you recently with the picture of a paw. Before I go on in more detail, though, I figure I should mention another pet.

Bowie, a leopard gecko, has been the Engineer’s pet since he was 20 (the Engineer, not the gecko). He’s been with him through many important life changes, and we both liked having him around. Unfortunately, we are unable to take him to Texas with us. After a lot of searching, we found him a really good home: he’s been adopted by an experienced owner who already has a bearded dragon, so we know he’s in good hands. 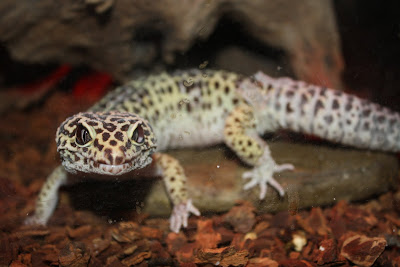 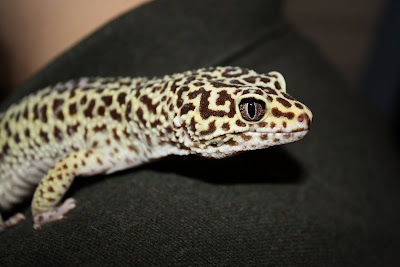 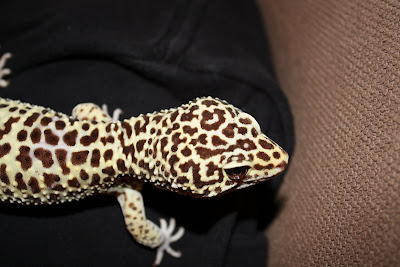 Our most recent addition is Darwin, a tricolor labernese we’ve had since Easter weekend (he was born in early February). He’s growing very quickly (even I had trouble recognizing him from the pictures we took when he first came into our home). He’s about halfway grown and should eventually weigh between 80 and 90 lbs. He looks like a Bernese, but his face is shaped like a Labrador’s. Training is going very well, he’s a fast learner. And of course, the Engineer and I now have to take walks every day, which is good for us too. It’s funny how many similarities there are between having a puppy and having a child, though – more about that in a later post. 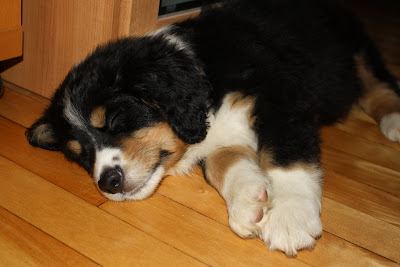 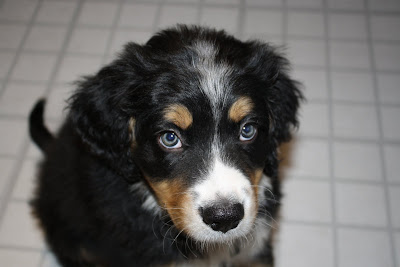 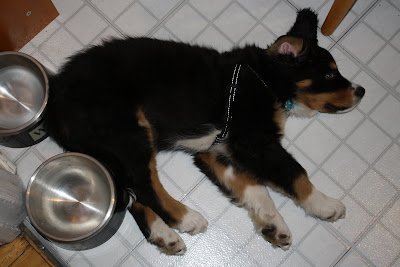 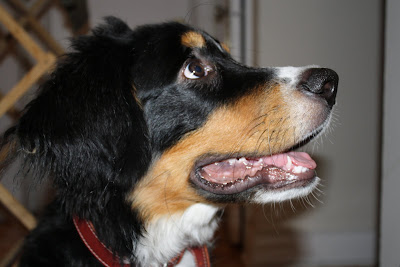 On a side note: this may be cultural, since the labernese is a Quebec breed created by Mira (it’s not even a recognized breed yet), but Anglophones seem to have little knowledge about this dog, whereas Francophones all know the breed. Labernese dogs are a mix between Labrador retrievers and Bernese mountain dogs. They make good family dogs, with calm dispositions (once out of puppyhood), and are eager to learn. I’d also like to point out that Bernese is not to be confused with Burmese (again, a lot of Anglophones seem not to differentiate between the two). “Bernese” means “from Bern”, the capital of Switzerland, whereas “Burmese” means “from Burma”, a country in South-eastern Asia. As you can probably guess, the wildlife of those two countries is quite different!
Posted by Amélie at 12:55 PM