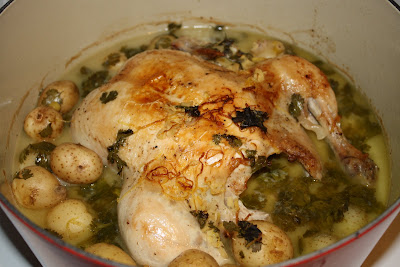 This recipe is based on Jamie Oliver’s Chicken in Milk, but after the first bite, the Engineer and I agree: it is superior. This recipe was so good that I’m not sure we’ll get around to making Jamie Oliver’s original version again (but I think if he tasted it, he might agree). I found it on The Kitchn. I really recommend this one! We cooked it breast-side up this time.

Season the chicken with salt and pepper at a rate of about 1 tablespoon salt per pound and 1 tablespoon pepper per 3 pounds. Heat the butter and sesame oil in a pot that will fit the chicken snugly, like a Dutch oven, and set the chicken in the hot oil. Cook, turning the chicken to get an even golden color on all sides, about 5 minutes total. 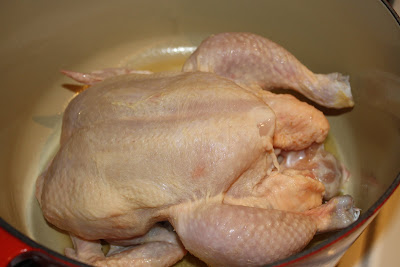 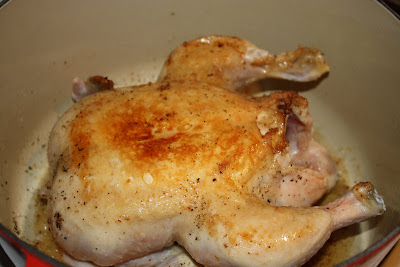 Remove from the heat, put the chicken on a plate, and dispose of the fat left in the pot. Return the chicken to the pot with the rest of the ingredients, and cook in the preheated oven, basting with the cooking juices every 20 minutes, for 1 to 1.5 hours. It is done when the meat pulls away from the bone without much effort and the potatoes are tender when pricked with the end of a paring knife. 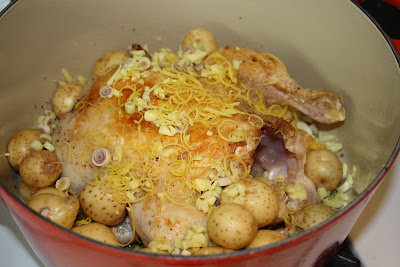 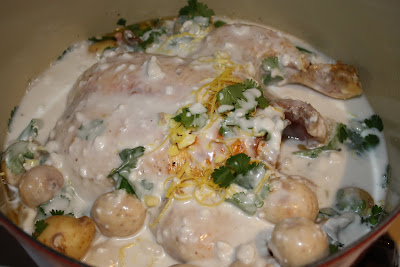 To serve, pull the meat off the bones and divide with potatoes between plates or serve on a platter. Spoon over a hefty helping of the milky sauce. Mind the cinnamon stick. 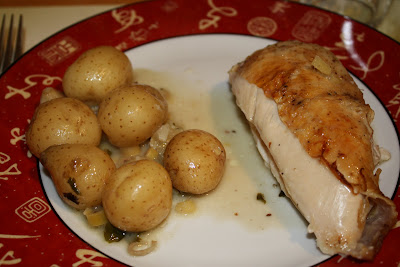