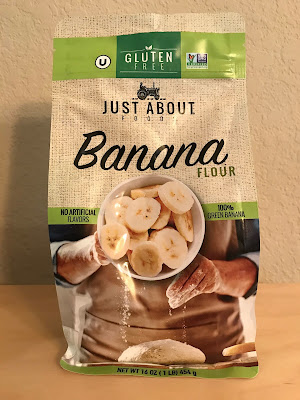 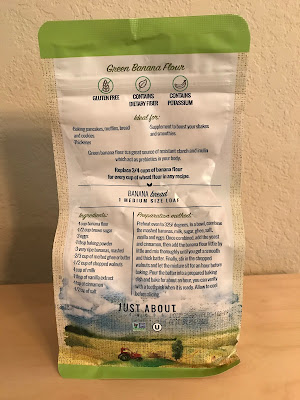 I’d been curious about banana flour for a while, so when I saw a smallish bag of it at my grocery store, I decided to try it. It’s a good source of fiber and potassium, in addition to being gluten-free, obviously. Based on the recipes I found, it seems that you have to let the batter rest for a while so that the flour can hydrate properly before being baked; that being said, it doesn’t absorb moisture nearly to the same extent that coconut flour does.

I couldn’t resist making the banana bread recipe on the back of the package (Just About Foods brand). The banana bread recipe was a hot mess as written, so my version is clarified (but still calls for the same ingredients). I found it a bit too moist for my liking, even when fully baked, but it improved when I had a slice of it toasted and buttered the next day. 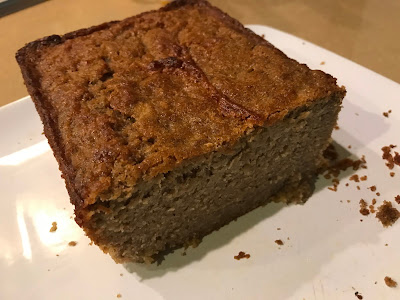 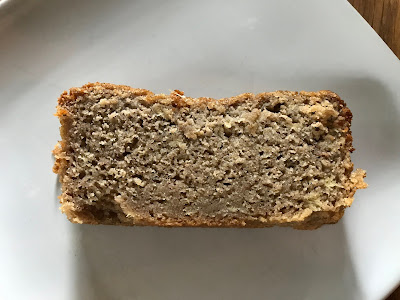 I also tried banana flour pancakes – the recipe gave me 8 beautifully golden pancakes, but I much prefer my regular recipe. 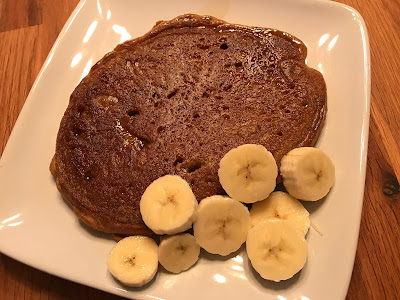 Banana flour is made with green bananas, and doesn’t actually taste like bananas at all (or at least, not like those we are used to eating); I think “unripe” would be the best way to describe it. Sadly, I’ve decided that I’m not fond of banana flour. I’m glad I tried it, but won’t buy it again. That being said, some of you might be curious, so here’s the recipe!

In a small bowl, whisk together the banana flour, baking powder, salt, and cinnamon. Set aside.

In a bowl, combine mashed bananas, brown sugar, milk, ghee, eggs, and vanilla. Once combined, add the banana flour mixture little by little and mix thoroughly until you get a smooth and thick batter. Let the mixture sit for 1 hour before baking.

Pour the batter into the prepared baking pan and bake for 1 hour, or until a toothpick inserted in the middle comes out clean. Let cool before slicing. 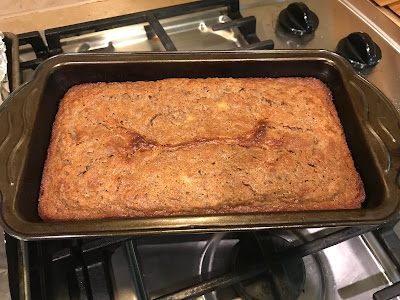 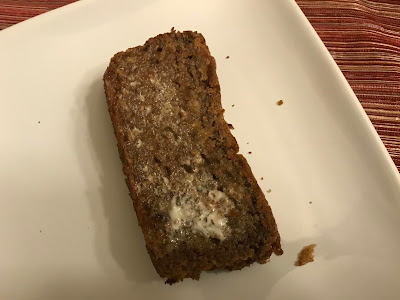