I decided to take my leftover raw turkey out of the freezer and make this recipe from Salt, Fat, Acid, Heat (which I talked about here). It was originally a spicy brined turkey breast, but I used a small amount of Korean pepper instead of the large amounts of stronger peppers called for (the version below is mine); I also adapted it to the 3 pieces of boneless, skinless turkey breasts I had. I also did not leave my turkey at room temperature for 2 hours because, you know, salmonella.

The turkey this brine produced was moist and flavorful and easily the best tasting turkey I had ever had! I was blown away by this recipe, actually, and declare it fantastic. The Engineer actually called it magnificent. I served it with fingerling potatoes and bacon-cheddar dip, which the Engineer called a five-star meal and asked me to please make it again.

Place the salt, sugar, garlic, peppercorns, and Korean pepper in a large pot with 4 cups water. Use a vegetable peeler to remove the lemon zest, then halve the lemon. Squeeze the juice into the pot, then add the lemon halves and zest. Bring to a boil, then reduce to a simmer, stirring from time to time. When the salt and sugar have dissolved, remove from the heat and add 8 cups cold water. Allow the brine to cool to room temperature. Submerge the turkey breast in the brine and refrigerate overnight, or up to 24 hours.

Preheat the oven to 425 °F. Set a large cast iron pan or other ovenproof skillet on the stove over high heat. Once it’s hot, add a tablespoon of olive oil, then place the breast in the pan, skin side down. Reduce the flame to medium-high and brown the breast for 4 or 5 minutes, until the skin starts to take on some color. Use tongs to flip the breast so it’s skin side up and slip the pan into the oven, pushing it as far back as it will go. (This is the hottest spot in the oven, and the initial blast of heat will ensure the turkey browns well.)

Cook the turkey until it registers 150 °F at its thickest point, about 25-35 minutes. Remove it from the oven and the pan, and allow to rest at least 10 minutes before slicing across the grain. 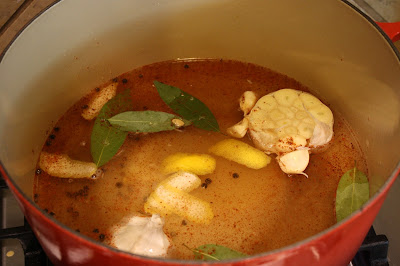 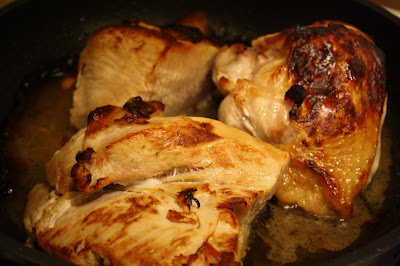 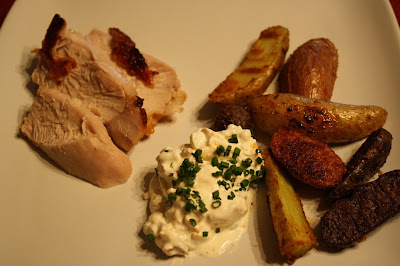 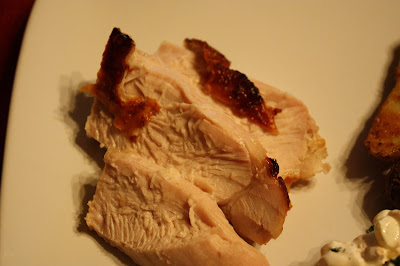