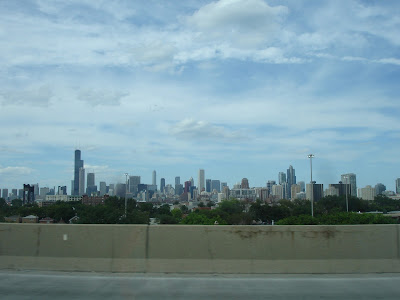 I’m finally back online, after the road trip south and settling in. We stopped in Chicago on our way back (because the Engineer’s cousin generously offered us his downtown apartment for two nights), and I have to say, I loved that city. It’s probably my new favorite big city, even though we only had a day to visit it. We wanted to take a river tour to look at the architecture, but it turned out that there are no discounts for children, and tour organizers do not recommend bringing children under 12 years of age anyway, so we’ll have to do this when the Little Prince is older. Instead, we walked south from the Chicago River along Michigan Avenue, where we got the must-see look at Millennium Park and the skyline. I loved seeing Cloud Gate, no matter how overrated the locals think it is! We also enjoyed the Crown Fountain and Lurie Gardens. 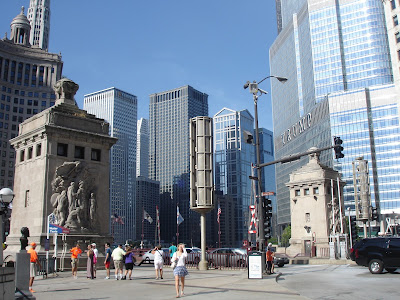 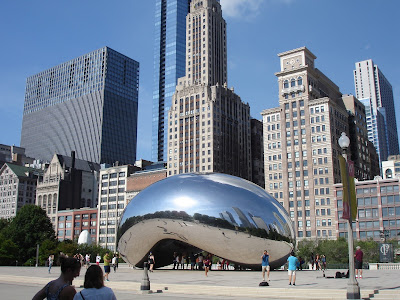 We took a quick look at the Rookery, which also gave us an opportunity to walk under the tracks of the L train (which we recognized from scenes of the latest Batman trilogy), then we decided to visit the Art Institute of Chicago, one of the most beautiful museums I’ve ever visited. We followed the directions for the essential “What to See in an Hour” tour (brochures are in the lobby), though it should be said that the visit took us about 3 hours and that we could easily have spent the whole day there. I can’t even tell you how many famous works of art are housed there, and since we hadn’t really researched it beforehand, we were pleasantly surprised at several points in the visit. To name a handful of artists you might know: El Greco, Seurat, Monet, Degas, Chagall, Van Gogh, Matisse, Picasso, Pollock, Rodin, and the list goes on and on. Plus, a beautiful seated Buddha sculpture from the 12th century! A word of warning: if you rely on elevators instead of stairs (let’s say you have a stroller or a wheelchair, for example), you’ll get lost several times. The place is almost a labyrinth, where you have to take two different elevators just to move one floor up or down and end up in the right spot (whereas the staircases looked very straightforward). We stopped for lunch at the Museum Café, which was spacious, family-friendly, had super helpful staff and, most importantly, delicious food. Tickets are $25 (free for children) and are well worth the price! 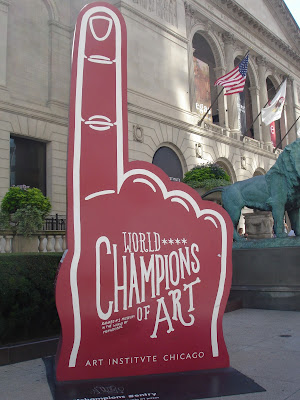 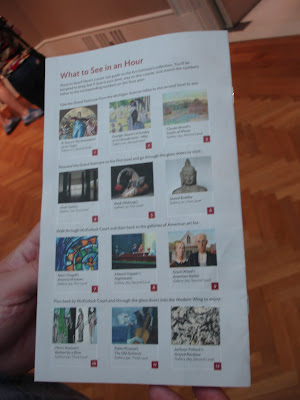 In other news, I went through old pictures in my “Blog” folder and found these two of Murcia Curado cheese, and I realized I haven’t mentioned it yet. The Engineer and I first found it at Central Market (which has a great cheese selection), and it was a goat cheese that was aged and, therefore, less likely to contain lactose. I can report back that not only can I digest it very well, but it is delicious to boot! It turns out it doesn’t taste much like goat milk; it has a pleasant salty taste and a nice firmness. Actually, I would say that parts of it are slightly crumbly, but other parts hold together well and are almost creamy. As far as I can tell, it’s cut from a piece of Naked Goat, of which you can read a review here. We now make a point to get a piece on the few times a year that we go to Central Market. 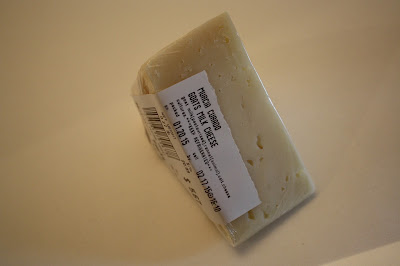 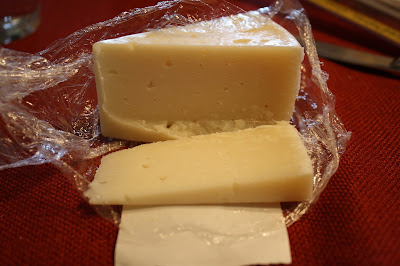 Have you heard of maple pearls? They’re also referred to as maple caviar, because they are roughly the same size and shape as fish eggs, but in this case, the gelatin skin contains diluted maple syrup. There’s also a savory version with maple vinegar, but I haven’t tried it. I bought a 50-gram jar of it, but I couldn’t figure out how to use it. I ended up looking online for inspiration, and surprisingly, most of what I could find was recipes for the pearls themselves, not recipes using the pearls. Some were too involved for me (such as candied apple ice cream rolled in fried panko crumbs and candied bacon, served with coffee ganache, maple pearls and apple chips), some had no instructions whatsoever and would have required adaptation to be lactose-free (like raspberry crème fraîche crêpes with maple pearls and chocolate bucatini), and some simply weren’t what I had in mind (say, bacon-wrapped acorn squash with balsamic caviar and maple sphere). In the end, I took the easy way out and served them with tapioca pudding and raspberries, which really let me taste the pearls properly. I very much like them, but I wouldn’t buy them again unless I have a specific use in mind! 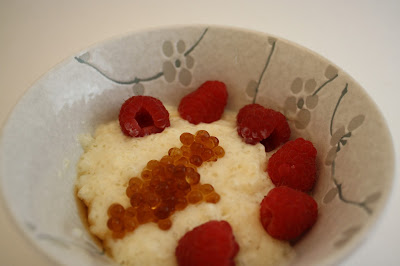 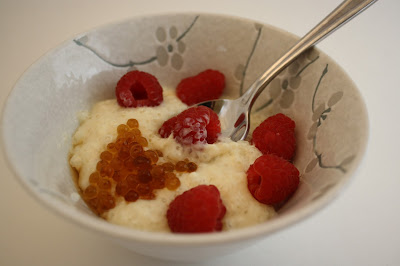 You might remember a Kickstarter I shared last fall, for Gluten-Free Girl and the Chef’s flour. I funded it, it was successful, and you can buy the all-purpose flour mix here. It’s free of the 8 major allergens, gum-free, and certified kosher. At $6.95 for 20 ounces, it’s obviously more expensive than making your own mix, but then again it’s more convenient (it saves on pantry space, and if you have other food restrictions, you may have trouble finding the right flours to mix on your own anyway). Until it is available in stores, you’ll have to pay shipping, though some individuals have bought it by the case (!) to save on that, too. The Engineer had asked me to make the blueberry muffins that were pictured on the Kickstarter page, so that’s what I did with most of the box. I can’t give out the recipe, because it was only for Kickstarter backers, but I can show you these pictures so you can see how good they were! As a matter of fact, by the time I made these, the Engineer had forgotten they used GF flour (Kickstarter projects always run late, right?), so I only reminded him after we had eaten a few. It’s really awesome flour. 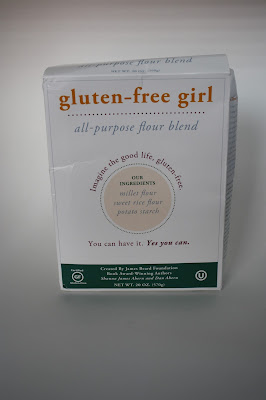 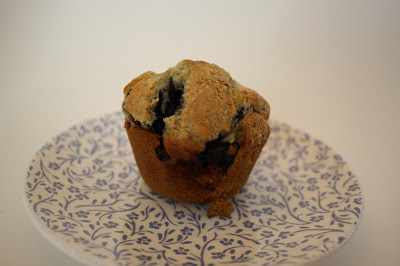 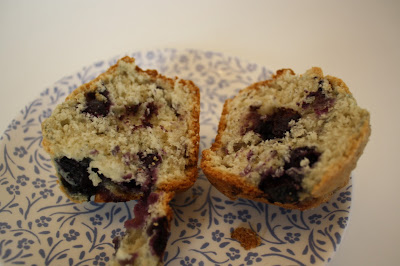 While I was in Montreal, I also bought chocolates from two places I hadn’t tried yet: Suite 88 and Chocolats Geneviève Grandbois. In both cases, I bought bite-sized square chocolates, so I compared metaphorical apples to apples. Those from Suite 88 looked more impressive (read: colorful), and they came in six flavors (caramel, espresso, praline, Florentine, fleur de sel and maple) instead of four (fleur de sel caramel, gianduja, extra-virgin and maple). However, the ones from Geneviève Grandbois were both more flavorful and more nuanced, especially the maple one. (I feel obligated to say that, for a reason that completely escapes me, the Engineer disliked the Suite 88 chocolates so much that he only ate 2 halves and forfeited the rest.) I preferred the Geneviève Grandbois chocolates, and it turns out they were also a bit cheaper (it worked out to $2.54 per square at Suite 88 v. $2.38 at Geneviève Grandbois, in Canadian dollars). Plus, the latter were shipped in insulated packaging, which is very much appreciated if you can’t make it to the brick-and-mortar stores. 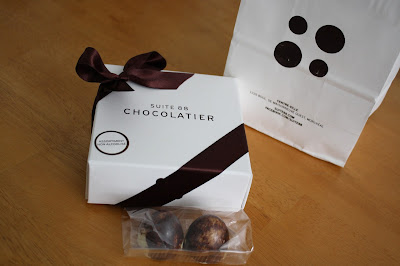 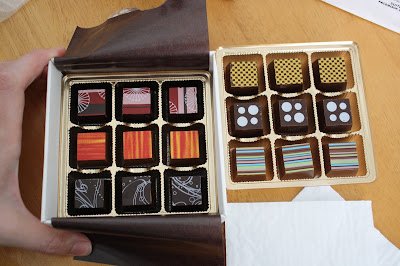 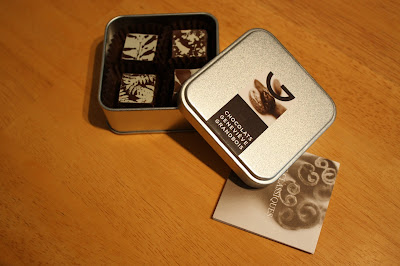 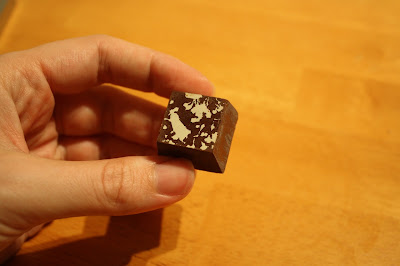 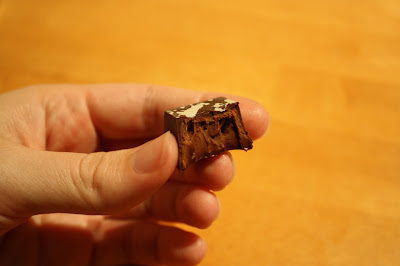 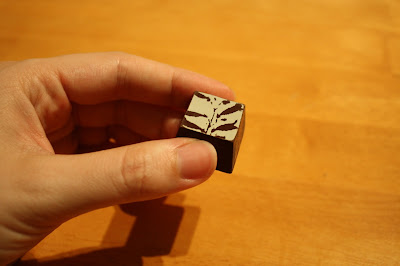 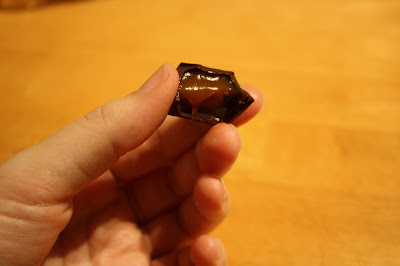 I also tried the Balsamico brownie from Juliette et Chocolat. It’s an interesting flavor combination: bittersweet chocolate with raspberries and a balsamic vinegar reduction. It totally worked, though! I also found it interesting that those brownies contain rice flour instead of wheat, which gives them a very gooey texture that feels both more decadent and less filling. Servings are small, though, and they vanish quickly. 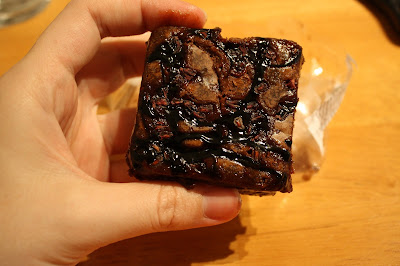 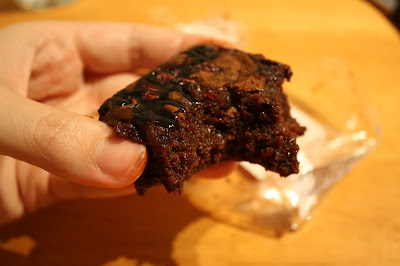 Finally, I’d like to give a quick report on Amelio’s, my favorite pizza place in Montreal. Unbeknownst to me, it had closed earlier this year after filing for bankruptcy. I’m actually glad I didn’t hear about it then, because there would have been tears. However, it reopened with a new name, Amelia’s, as it is now headed by the original co-owner’s daughter. I’m glad to report that the white pizza is just as good as it always was! (And just to be clear, it isn’t lactose-free, but it’s SO worth the Lactaid.) It’s still my favorite pizza ever.