This weekend, the Engineer and I will be moving to our new house. Our mortgage loan hasn’t been finalized yet (more on that in a second), but the sellers have agreed to rent us their house until the closing date. We’re pretty much as far north as you can go in San Antonio, so we’ll have to deal with traffic to come into town, but at least we have some space up there. We are so looking forward to finally settling in! It’ll be the first time we have an address without an apartment number.

We recently found out (a month after our offer was accepted, mind you) that the house has quartz countertops in the kitchen (which have always been my ultimate dream) as well as fiber-to-the-home (the Engineer’s dream). The downside is that we will be without phone, television or internet for a week! Being offline that long will be really hard for me, especially since I’m always checking email, Facebook or blogs (and I’ve been faithfully watching Nate Berkus since his first show). Everything should be set up by October 1st, hopefully earlier. It’ll be at least another week after that until we have our fridge (we’ve got a mini-fridge to tide us over until then, but it’s going to be a challenge).

I mentioned that our mortgage loan hasn’t been finalized yet. If you’ll allow me a moment to rant... The Engineer and I both have excellent credit in Canada. The reason we moved to San Antonio is because he was offered a dream job, with a salary that allows us to pay a decent mortgage each month. And we’ve been saving up for years for this purpose; we’re putting 20% down on the house and have money left in the bank. So getting a mortgage loan shouldn’t be complicated, right? But because apparently the US and Canada have different systems, we have no credit here. It’s like we were born yesterday; we don’t have American credit cards yet, and the Engineer’s credit limit with his bank is so small it’s laughable (and I don’t even qualify for a credit limit, which is even more laughable). I mean, Canada and the US are practically the same country on so many levels – why can’t they sign some sort of agreement to make this transition easier on their citizens? We have to jump through so many hoops and bend over backward, and still we’re treated like we’re 18 years old and can’t be trusted with money! The situation is incredibly frustrating, especially when we know that we HAVE the money. We have a certain sense of entitlement and feel that we should have the same privileges in both countries; I’m sure Americans who move to Canada feel the same. I keep saying Sandra Bullock’s line from that movie: “Deported? It’s not like I’m an immigrant or something. I’m from Canada!”

We still have to figure out the decoration, but that’s the fun part (rest assured, it won’t be as crazy as drawing on the walls!). We bought the essential furniture we’ll need, and we’ll just take our time with the rest – though I can’t wait for our things to get here from Montreal so I can unpack and really feel at home.

I’ll be back in October (at the latest) with a bunch of recipes I didn’t get to post yet. Rest assured that nothing too interesting will happen on the kitchen front in the coming weeks, what with not having a fridge or access to recipes. Our friends Rob and Jen bought their first house a few years ago, and Jen said that there is so much maintenance work and so many expenses involved that sometimes, we’ll wonder why we left our apartment for this. She suggested we make a list, so that when it gets hard, we can read it and remember why we wanted a house so much in the first place. I’ll leave you with our top reasons. 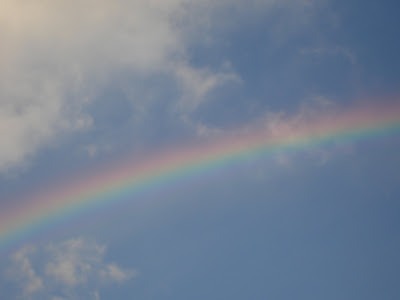 Ooh, the mutual incompatibility of Canadian and U.S. credit! My situation wasn't nearly as high-stakes as yours -- we're temporary residents with no plans of buying a home during that time -- but I was nevertheless astonished when we moved to Canada and found out that, as US citizens, we had no credit history and no driving history. You would really think that nobody had ever moved between the two countries before, ever.

Hi Amelie,I hope you are fine.I want just tell you I enjoy to read your blog it's so nice. And if you need anything or help you can ask if you want of course...Shohreh

@ Katie: I know what you mean. I just now found out that neither my husband and I can get an American credit card until next year. This makes certain things extremely complicated (like ordering something online, only to find out that the website won't accept your order because you don't have an American credit card - is my money not good enough just because it's not currently sitting in one of their banks?).

@ Shohreh: Thank you so much! We're doing okay now, we got our mortgage loan approved at the end of last week, so we'll close on the house very soon. :)