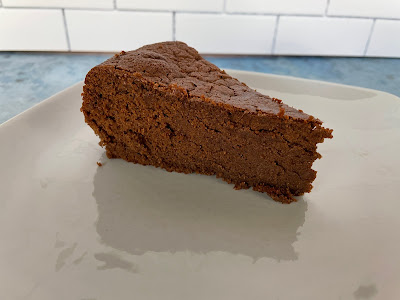 This chocolate buckwheat cake was adapted by David Lebovitz, from Aran Goyoaga’s Small Plates and Sweet Treats. I made one little mistake, because the ingredient list did not specify that the sugar was to be divided – I used it all with the yolks, but it all came out fine in the end. I made it clear in the recipe below. This cake was a success!
6 oz. (170 g) bittersweet or semisweet chocolate, chopped
½ cup (115 g) lactose-free butter, cubed
4 large eggs, separated
½ cup (100 g) unrefined or granulated sugar, divided
1/3 cup lactose-free plain whole-milk yogurt
1 tsp. vanilla extract
½ tsp. salt
¾ cup (75 g) almond or hazelnut flour
¼ cup (35 g) buckwheat flour
Preheat the oven to 350 °F. Butter an 8-inch (20cm) cake pan and line the bottom with a round of parchment paper.
In a large, heatproof bowl set over a pan of simmering water, melt the chocolate and butter until smooth, then remove from the heat and let cool slightly.
In a medium bowl, whisk together the egg yolks, ¼ cup of the sugar, yogurt, vanilla, and salt, the whisk them into the melted chocolate. Stir in the almond or hazelnut flour, and the buckwheat flour.
In the bowl of a stand mixer, or by hand, whip the egg whites until they form soft peaks. Gradually whip in the other ¼ cup of the sugar until the whites are in firm peaks. Fold one-third of the whipped egg whites into the chocolate mixture to lighten it, then fold in the remaining chocolate mixture just until it’s completely combined.
Scrape the batter into the pan, level the top, then bake for 25 to 30 minutes; the cake will feel relatively set, but the center of the cake should still be soft. Let cool for 10 minutes, then remove from the cake pan and let cool completely. 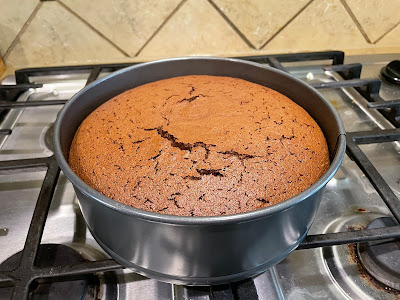 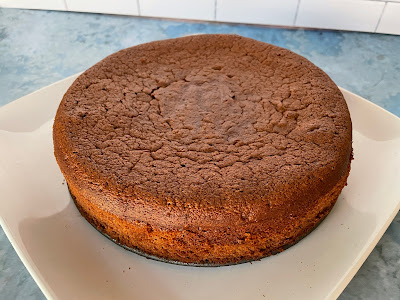 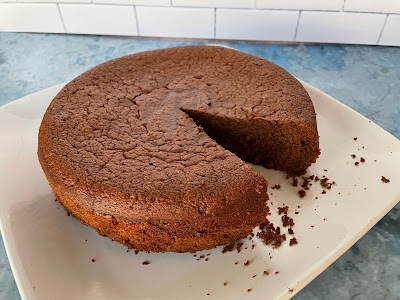 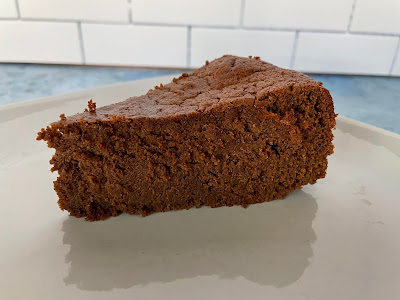