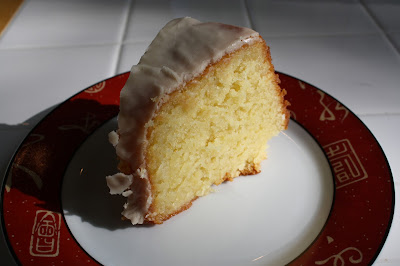 Once upon a time, the Engineer asked me to make a lemon bundt cake, for no reason other than he had a craving for one. I didn’t have a recipe handy, so I googled it and settled on this recipe from the White on Rice Couple. But then I realized that I needed lactose-free cream so it (something whippable, so I couldn’t just substitute coconut milk), and so it ended up on the back burner until I was in Canada. (You can always make this to compensate, but it’s not pure lemon.)

In the meantime, I made a small chocolate layer cake with chocolate ganache that was an abject failure. I mean, I had thought it was weird that in the original post, the cake was covered with a bough of lilacs, as opposed to just a few flowers, but now I think I know why: the cake disintegrated upon unmolding. If you ever want to attempt it (the recipe is from Sweet Laurel Bakery), I can unequivocally say that you need to line the pans with paper in addition to greasing them and dusting them with cocoa. I’m not sure I liked it enough to attempt it again, though, especially since the frosting needed to be refrigerated for consistency.

Then, once I was in Montreal, I finally got around to making this coconut cake from a recipe I tore out of Martha Stewart Living in… 2004. Turns out the cake itself was fine, but the coconut cream was a disaster. It was supposed to be a frosting, but I had to serve it as a sauce on the side – so much for waiting to have lactose-free cream! That was a disappointment almost 13 years in the making.

So anyway, then I got back to the lemon bundt cake, and thank God I did. This cake was moist and delicious and very lemony, and it was really all you could want from a lemon bundt cake. And we lived happily ever after. Enjoy!

In a bowl, whisk together the flour, baking powder, and salt for at least 20 seconds. Set aside.

In a mixer on medium speed, cream together the butter and sugar until light and fluffy, about 3 minutes (if the bowl does not feel cool while creaming, place it in the freezer for 5 minutes, then continue creaming).

Beat in the oil, lemon zest, lemon juice, and vanilla extract. On the lowest speed, beat in the eggs, one at a time, until just incorporated.

Mix in the flour mixture in three stages, until just combined. Set aside

Whip the cream just past the soft peak stage. Stir in about ¼ of the whipped cream into the batter, and then fold in the remaining whipped cream. Pour the batter into the prepared bundt pan. Drop the pan from about 4" above the counter to knock out any bubbles.

Bake on the middle oven rack for 50-60 minutes, or until a toothpick comes out clean near the center. Allow to cool for 10 minutes, then loosen the cake by knocking it against the counter (I also ran a knife along the edges). Invert the cake onto a serving platter.

Stir together the lemon glaze ingredients (if needed, heat them briefly to help dissolve the sugar). Brush on the hot cake until all of the glaze is absorbed. After it has cooled, if serving within a day or two continue to final step, or if serving later in the week, wrap in plastic wrap and refrigerate until ready to serve (keeps 4-5 days wrapped in the fridge). 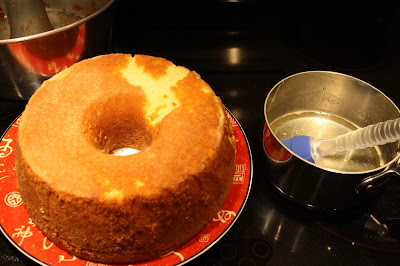 On the day you are ready to serve (or the night before), take the bundt out of the fridge to come up to room temperature. In a bowl, whisk together the icing ingredients, adjusting the cream or confectioners’ sugar amount to make the icing fairly thick but pourable (not runny). If the icing is close to the thickness you want, but still a touch too thick to pour, warm it slightly and it will become more fluid until it cools off (perfect for icing the bundt cake). Drizzle the icing over the top of the bundt cake and serve. 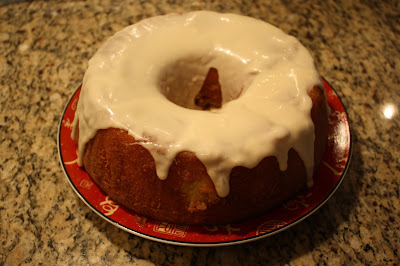 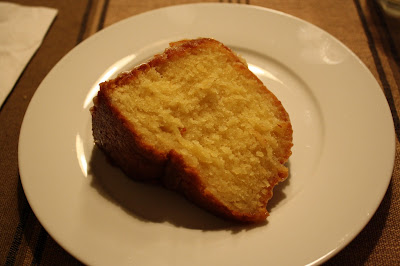 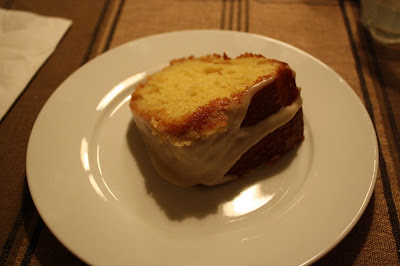