I don’t have much time to spend in the kitchen these days, but for the Engineer’s birthday, I’ll make it happen. The Little Prince was just over a month old and I was home alone with him most of the day, so it took me the better part of 5 hours to bake and assemble a birthday cake, but it was well worth it...

If you’ve been reading this blog for a while, you know I’ve been looking for a good recipe for yellow layer cake. When the Engineer asked for a yellow cake with chocolate frosting for his birthday, I knew I had to make something good, and I certainly didn’t have time to test recipes! I did what I probably should have done in the first place: I used the yellow layer cake recipe from Baking Illustrated. It was different from “typical” cakes in that instead of creaming the butter with the sugar, adding eggs, and then alternating with flour and milk, you instead mix the flour with the butter, then add the liquid ingredients in two steps. (It should also be noted that because I wanted to make sure I got it right, I used cake flour instead of my usual substitute and weighed it, and I used real butter instead of vegan margarine, since the lactose content was still low enough for me to enjoy the cake.) The result was a light, moist, fluffy cake that was absolutely perfect for the occasion, and from now on, this will be my go-to yellow layer cake. I used lactose-free sour cream to make a chocolate sour cream frosting.

Beat the eggs, milk and vanilla with a fork in a small bowl. Measure out 1 cup of this mixture and set aside.

Combine flour, sugar, baking powder and salt in the bowl of a stand mixer. Beat the mixture at lowest speed to blend, about 30 seconds. With the mixer still running at the lowest speed, add the butter 1 piece at a time; mix until the butter and flour begin to clump together and look sandy and pebbly, with pieces about the size of peas, 30 to 40 seconds after all the butter is added. Add the reserved 1 cup of egg mixture and mix at the lowest speed until incorporated, 5 to 10 seconds. Increase the speed to medium-high and beat until light and fluffy, about 1 minute. Add the remaining egg mixture (about ½ cup) in a slow steady stream, taking about 30 seconds. Stop the mixer and scrape the sides and bottom of the bowl with a rubber spatula. Beat at medium-high speed until thoroughly combined and the batter looks slightly curdled, about 15 seconds.

Divide the batter equally between the prepared cake pans; spread to the sides of the pans and smooth with a rubber spatula. Bake until the cake tops are light gold and a toothpick inserted in the centers comes out clean, 20 to 25 minutes. Cool on a wire rack before running a knife around the pan perimeter and unmolding to peel off the parchment. Cool completely before icing. 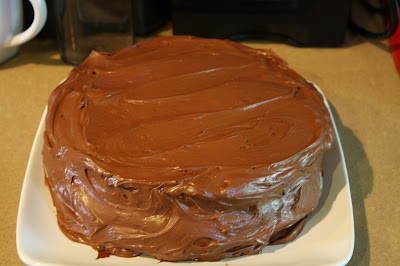 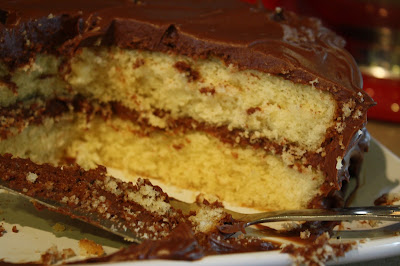